The ups and downs of Japanese beetle populations

Relative abundance of Japanese beetles in your yard this year compared with last year mostly depends on the amount of rain the previous July and August.

Some people are seeing more Japanese beetles (Photo 1) and more feeding damage to linden trees (Photo 2), roses and other susceptible plants this summer than they did last summer (2011). Fluctuation in the population from year-to-year is mostly determined by how well the larvae (c-shaped white grubs) survive in July and August. 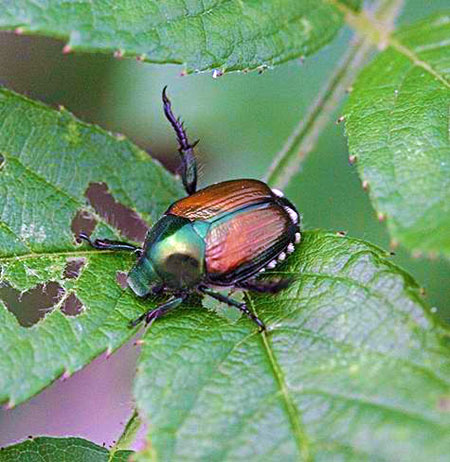 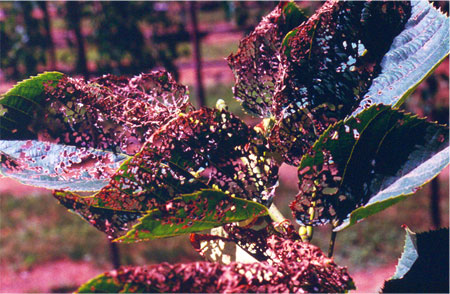 Japanese beetle larvae do not survive well in dry soil. If we have a prolonged period of dry weather in late July or August, the only suitable habitat for the larvae is irrigated turfgrass. However, if we have an average amount of rain or more, all of the turfgrass in the area becomes good habitat for the larvae. If the larvae survive well, then you will see lots of adult beetles the following July. One exception to this is if there is a lot of irrigated turf nearby. A golf course may or may not be a good source of Japanese beetles, depending on how much of the turf is treated with an insecticide for grubs. Also, in some areas like around Battle Creek and Kalamazoo, Mich., populations of Japanese beetles appear to be steadily declining, making the annual fluctuation less important. This is also the region where Ovavesicula and other natural enemies of Japanese beetles have become established.

At least there is one good thing about the drought we are now experiencing throughout most of Michigan: we probably won’t see as many Japanese beetles next summer.