Change in the Omo-Turkana Basin

The Turkana Basin covers approximately 131,000 km^2 in southern Ethiopia and northern Kenya. Hydrologically closed, the basin is dominated by Lake Turkana, with the Omo River on the Ethiopian side supplying 90% of the input to the lake. Other major inputs include the Turkwell and Kerio Rivers on the Kenyan side. Lake Turkana is the world's largest permanent desert lake and the world's largest alkaline lake. The Basin is home to approximately 500,000 people, belonging to multiple indigenous groups, and practising diverse livelihood strategies including pastoralism, agro-pastoralism, and fishing.

The Turkana Basin is undergoing a period of rapid environmental and social change. The principal intervention on the Ethiopian side of the basin is the Gilgel Gibe III dam on the Omo River and large-scale commercial agriculture in the Lower Omo, which are transforming the river’s regime and its input to Lake Turkana. The regulation of river flow by the dam and the abstraction of water for commercial irrigation has eliminated the annual flood pulse of the river and will reduce the level of Lake Turkana, with implications for people dependent on flood-retreat cultivation and fishing. Reduced flow in the lower basin will also constrain dry-season grazing, and impact on groundwater availability. The populations of the Basin are therefore significantly threatened by the changing hydrology and land-use in the basin. On the Kenyan side, oil and wind developments are also underway. 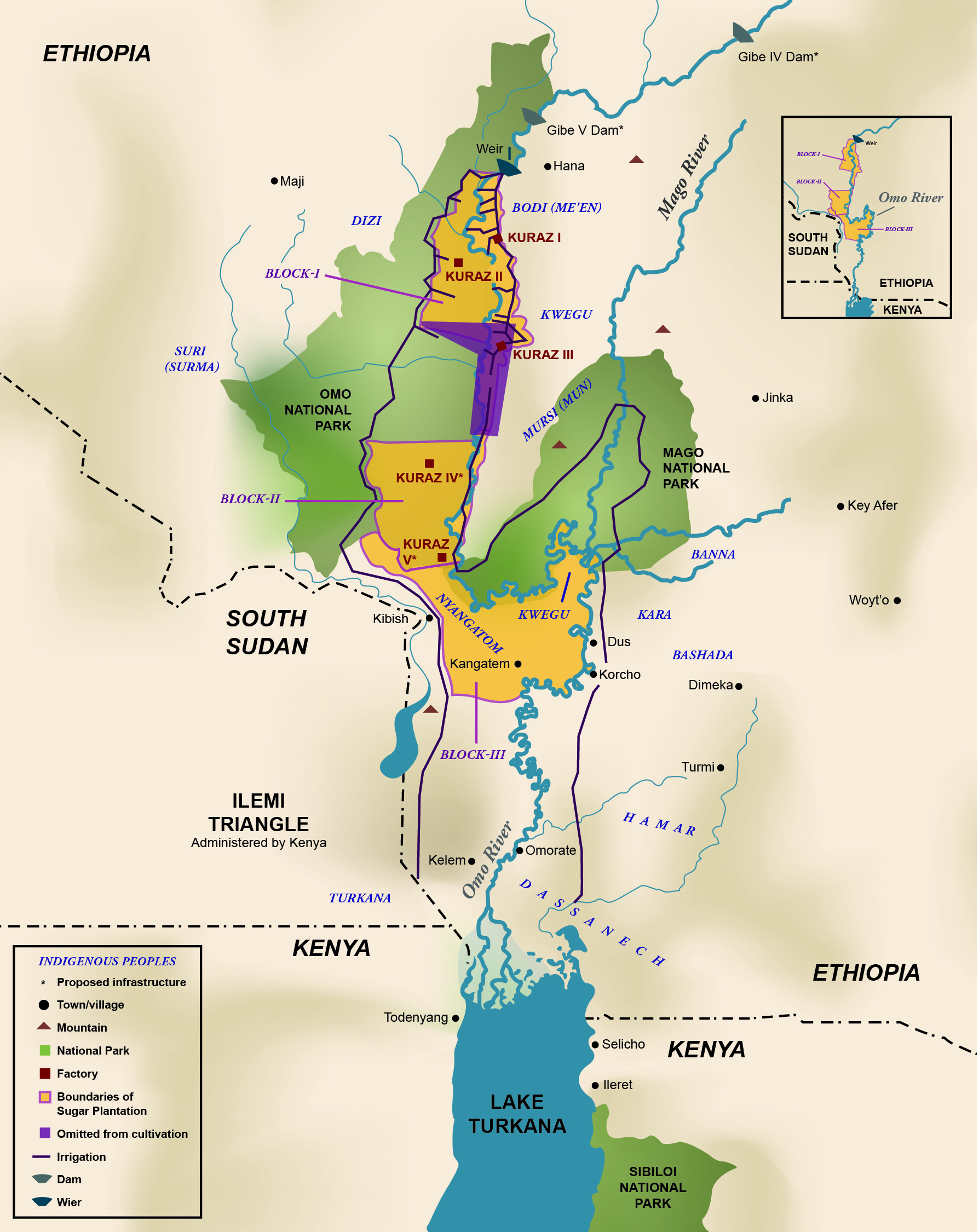