Northern hardwoods have been the most common forest type in Michigan for centuries. Currently, they cover about 5 million acres, and the area is increasing.1 Around 1800, there were about 7.5 million acres. Northern hardwoods are not just hardwoods that grow in the north. In Michigan, the term specifically applies to stands dominated by sugar maple. Associates are shade tolerant trees, including some conifers. Sun-loving species such as aspen and paper birch are sometimes present. Usually these species became established after the prior stand was disturbed and more sunlight became available.

1 Relative volumes of species are derived from the USDA Forest Service Forest Inventory and Analysis Data, available at http://www.fia.fs.fed.us/tools-data.

High quality logs, especially sugar maple, command some of the highest prices in the region. Logs that have birds-eye or curly grain patterns are particularly valuable. Low quality material makes excellent pulp for papermaking and energy where markets are available. 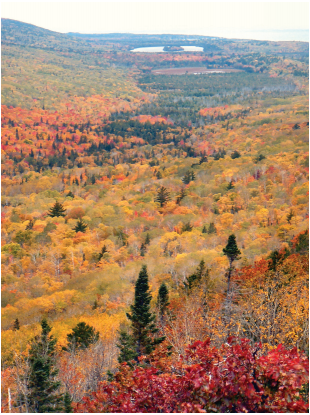 Sugar maple, red maple, hemlock, basswood and yellow birch are the most common trees in Michigan’s northern hardwood (NH) forest. Typical secondary species are beech, black cherry, quaking aspen and white ash. Later successional trees of the NH type have the ability to reproduce themselves under the shade of the forest canopy. The ability varies with species, but sugar maple is the most shade-tolerant. Shade-tolerant species usually have long life spans.

The composition of NH stands varies widely depending on seed source, soil type, water conditions, stand history, etc. There are several NH variations, including sugar maple-beech-yellow birch, sugar maple-basswood and sugar maple-beech. In the western Upper Peninsula, beech disappears from the forest. In southern Michigan, central hardwood species appear, such as more oaks, hickories and walnut. Northern hardwood forests contain Michigan’s single largest component of hemlock and a substantial portion of the white pine volume. The maples are most noted for their beautiful fall colors. They make up over a quarter of all the forest volume in the state and continue to grow in abundance and size.2

NH stands occur from Minnesota/Manitoba to New England and the Maritime Provinces, with a band running down the Appalachian Mountains. Some of the best developed and largest contiguous blocks grow in the Upper Peninsula and New York.

The type has the highest level of tree diversity in Michigan, especially in the southern Lower Peninsula, where central hardwood species blend in. A good share of the NH type tree diversity also comes from species common to earlier successional stages that persist in the stand. Generally, these species are shortlived and, over time, will drop out of the composition. Eventually, sugar maple tends to dominate NH stands because new seedlings can survive low light levels and roots can penetrate leaf layers. Most other tree species require ground disturbance and more light. This dynamic is why some ecologists label NH stands as the successional climax on many sites.

Much of Michigan’s NH type is even-aged, primarily because of past cutting practices. Management and natural succession trend toward an increasing amount of uneven-aged forest, which is preferred by most foresters on higher quality sites because it better reflects stand ecology and produces higher quality timber. Relatively small gaps in the forest canopy provide the major mechanism for the natural reproduction of NH species. Gaps are usually created by wind and/or the death of large dominant trees or groups of trees. Higher levels of disturbance generally promote greater tree species diversity. NHs are fairly fire-resistant, though records show a history of rare standreplacing wildfires.

Northern hardwoods can be managed using either even-aged or uneven-aged systems. On better sites, uneven-aged management is typical using the selection system (incorrectly called the “select” system or “select” cutting) and yields the highest monetary gains. A range of diameter classes is marked for removal to achieve a prescribed balance of size and age classes. The level of light plays a key role in the natural reproduction and growth rate of NH species. Stand density (the combination of tree size and number of trees) determines the amount of light available within and below the canopy. Stand density is measured using basal area — the number of square feet of tree trunks per acre. Harvesting stands on a 10- to 15-year cycle is typical, with the objective of manipulating stand density to maximize tree growth, health and quality. Selection harvest prescriptions can vary widely. The services of a professional forester are especially important to balance stand capability with landowner objectives.

Harvest operations need to be carried out by experienced loggers. A good logger will provide good service with any kind of harvesting system, from horses to large processors. Special care needs to be taken to avoid damage to the residual stand. Ruts and soil compaction should be avoided. Winter logging will often eliminate negative soil impacts but will seldom expose the mineral soil needed by many trees for regeneration. Landowners should discuss the timing of operations with a forester.

On poorer sites, clearcutting or shelterwood systems may be desirable. Where NH types grow poorly, a landowner may want to consider conversion to another forest type.

Maple syrup production is a management option. Because large-crown trees will produce more sap, crop trees and future crop trees should be given enough crown space to grow without competition. Keep in mind that the wounds from taps will introduce defect and stain that reduce log value. A sugar maple tree can provide either sap for syrup or a quality log, but not both. 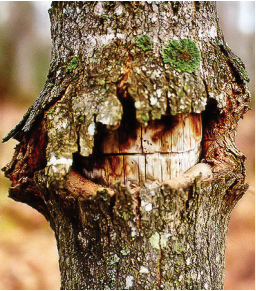 Northern hardwoods are host to a large number of insects and diseases, but serious damage is uncommon. Forest tent caterpillar populations reach epidemic levels on a 10- to 12-year cycle. The sugar maple borer may be the most serious insect pest of sugar maple. Other common damaging insects include the fall cankerworm, spring cankerworm, gypsy moth, bronze birch borer, and some aphids and scales. Common diseases include Armillaria root rot, Eutypella and Nectria cankers, brown and white rots, and Anthracnoses. Beech bark disease, a combination of a scale insect and several fungi, has had major impacts on the beech component of NH stands. High populations of deer, porcupines, squirrels and other rodents can seriously hinder regeneration and survival of trees. Invasive species such as buckthorn, garlic mustard, ironwood and Pennsylvania sedge can overtake an area — especially heavily browsed areas — and preclude forest regeneration. Along with the emerald ash borer, Asian long-horned beetle and exotic earthworms, a number of exotic pests will likely threaten NH forests in the future.

The best defense against natural and exotic insects and diseases is a stand of healthy trees. High tree vigor, achieved through good management, will reduce the impact of pests and other tree-stressing events. NH species growing on low quality sites will be more susceptible to impact from drought, wet seasons and other weather-related events than healthy trees on good sites.

NH stands are host to a wide range of wildlife species, some of which are rare or special species. Many species of neotropical migrants, or migrating forest birds, utilize NH forests. NH types do not provide the best game species habitat. 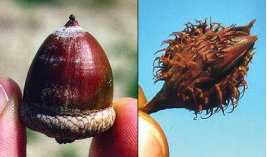 Maintaining nut-producing trees can be important. This hard mast provides food for many species. It is a good idea to leave six to eight large snags (i.e. standing dead and/or hollow trees) per acre for cavity-nesting species such as woodpeckers, flying squirrels, wood ducks and owls. A few large logs per acre rotting on the ground provide habitat for other groups of wildlife, such as salamanders, small mammals and insects. Conifers in NH stands offer wildlife protection from harsh weather. Small spring ponds (large puddles), springs, rock outcrops and other interesting habitat elements should be protected. This might mean limiting harvest or rerouting a trail. Group selection harvest will likely increase the number of wildlife species in a stand. Forests along lakes and streams are particularly important for wildlife corridors. Plans for harvest need to consider steep slopes and erosion potential and possible effects on lakes and streams. 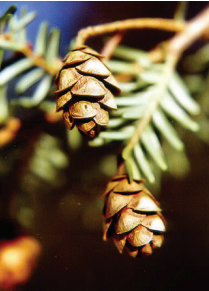