Sustainability programs are a Goldilocks proposition – some groups are too big, some are too small, and the environment benefits when the size of a group of people working to save it is just right.

It has long been debated how many people working together can change the world. Whether it’s joining forces to conserve gas, save a forest or stave off climate change, arguments have been made for the power of a dedicated few or the strength of numbers. It also has been a mystery what tips a group dynamic from powerful to unproductive.

Scientists at Michigan State University (MSU) have found that there is a sweet spot – a group size at which the action is most effective. More importantly, the work revealed how behaviors of group members can pull bad policy up or drag good policy down. The work is published in this week’s Proceedings of the National Academy of Sciences.

“This paper finds that group size does matter – and the answer is right in the middle,” said Jianguo “Jack” Liu, who holds the Rachel Carson Chair in Sustainability at MSU and is director of the Center for Systems Integration and Sustainability (CSIS). “Collective action is of growing importance as the world becomes more interdependent. Think about big problems like climate change and conservation. One person cannot solve the problem. One country can’t solve the problem. It’s important to understand how collective action works if we want programs that are effective.”

Wu Yang, an MSU-CSIS doctoral student, and his colleagues studied how groups in the Wolong Nature 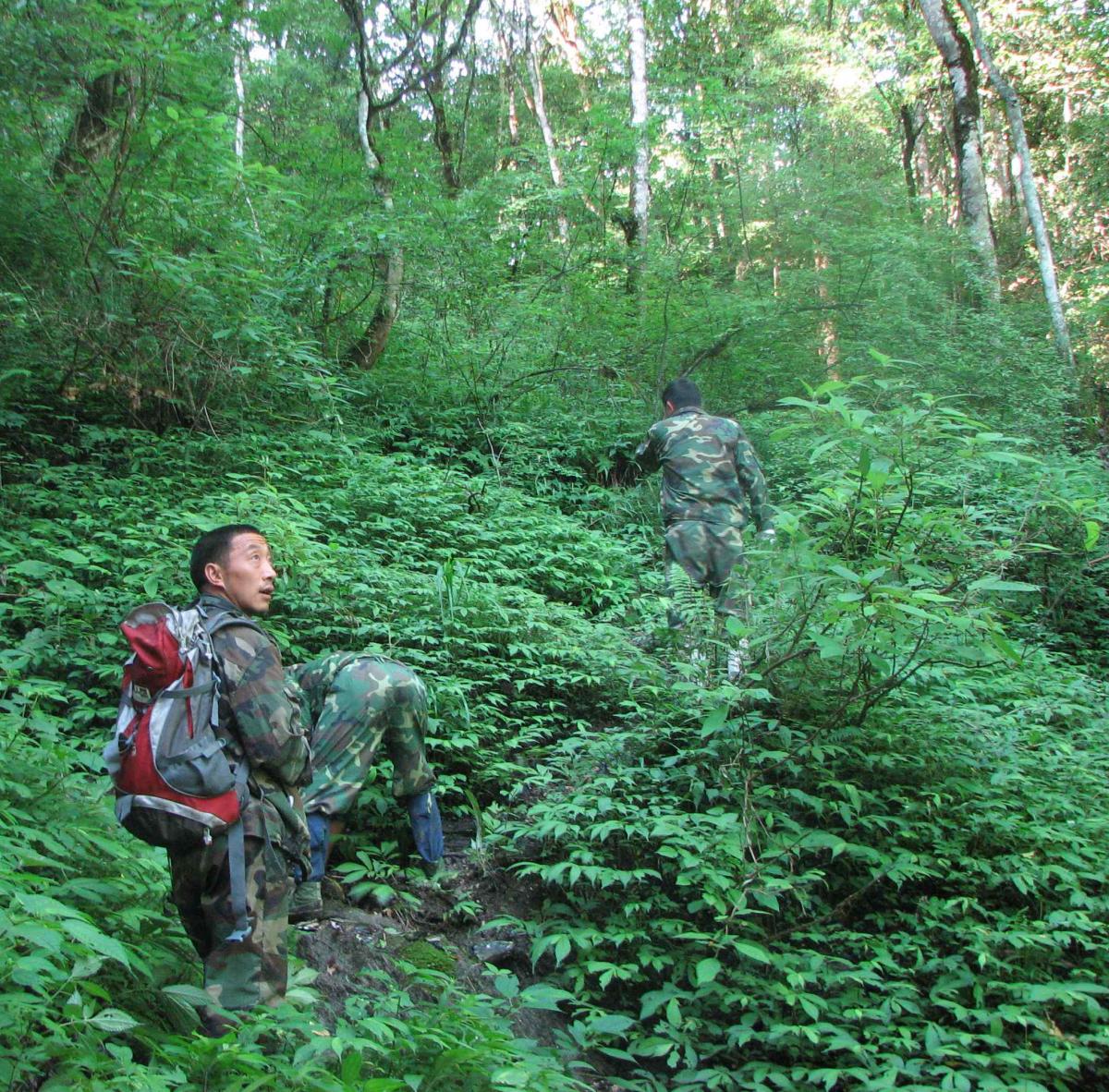 Reserve in southwestern China worked to participate in China’s massive Natural Forest Conservation Program. That program pays all of the 1,100 rural households there to monitor the forest on which they rely to enforce logging bans intended to allow forests to recover. Since it’s mostly local residents who chop down the trees for firewood or to build homes, enlisting locals has been identified as the best way to increase forest cover.

The stakes are high there. Wolong is a biodiversity hotspot that’s home to endangered giant pandas.

Wolong and the conservation program became a stage on which the universal behaviors that have bogged down collective actions are played out. If groups get too big, “free riders” – individuals who dodge their duty undetected and still reap the benefits – can make the collective actions less effective.

In small groups, participants can be overburdened. In contrast, large groups need to have expensive enforcement efforts to reduce free riders and improve the effectiveness.

For both group sizes, those limiting forces drag the effectiveness down. Liu said that holds true in Wolong, as well as in other efforts, including students’ class group projects.

This work for the first time tests and quantifies the non-linear relationship hypothesized by Elinor Ostrom, the first woman to win the Nobel Prize in economics for her analysis of governance, particularly how people managed “the commons” – as she referred to shared natural resources.

“We’re showing that the outcomes of these actions are important,” Liu said. “This can point the way to determine how to better protect the environment and utilize natural resources.”

Yang thought both the big-group and small-group proponents could be right – to a point. Or more accurately, to a curve.

“By looking at the big picture, we realized both could be true,” Yang said. “It’s important to take a holistic approach. You’ll get a more objective view of the issue. “We combined both arguments, like a good diplomat.”

Working in Wolong, the research team found that a group size can increase and be more effective until the free-riders weigh down the effort’s momentum. Likewise, small groups can be powerful, until individuals become overwhelmed by the responsibility. Effectiveness again is weighed down. These two opposing forces directly and indirectly affect household forest monitoring and changes in forest cover.

The authors indeed found the forests of Wolong recovered at an optimal rate at that sweet spot of group size. More importantly, they confirmed how other factors influence the optimal group size and outcomes of collective actions.

In addition to Jack Liu and Yang, “The nonlinear effects of group size on collective action and resource outcomes” was written by CSIS members Thomas Dietz, professor of environmental science and policy, sociology, and animal studies; Andrés Viña, assistant professor of fisheries and wildlife; and former CSIS doctoral students Wei Liu, now a postdoctoral fellow at IIASA in Laxenburg, Austria, Mao-Ning Tuanmu, now a postdoctoral researcher at the Department of Ecology and Evolutionary Biology at Yale University, and Guangming He.

The research is funded by the National Science Foundation, NASA, and Michigan State University AgBioResearch.

On video: Wu Yang explains how physics sparked the idea