A ‘safety net’ made up of multiple, interlinked and ambitious goals is needed to tackle nature’s alarming decline. No single goal can capture the broad range of characteristics that need to be sustained, concludes a large international team of researchers analyzing the new goals for nature being drafted by the UN’s Convention on Biological Diversity.

The scientific advice comes at a critical time: The Convention on Biological Diversity (CBD) recently announced that none of its 20 Aichi Biodiversity Targets for 2020 has been reached. Policymakers, scientists and country negotiators are now preparing for the next generation of biodiversity goals for 2030 and 2050, to be enshrined by their 15th Convention of the Parties in 2021.

The new paper, published in the journal Science and led by Earth Commission experts, outlines the scientific basis for redesigning this new set of biodiversity goals.To reach the road to recovery, ecosystems, species, genetic diversity and nature’s contributions to people all need distinct goals, and these goals need to be woven together into a safety net and set at a high level of ambition.

The text of the CBD’s document on new goals for biodiversity is in flux; countries, organizations and interest groups have put forward proposals for particular facets of nature, such as species, natural ecosystems or genetic diversity. The researchers of this study, a group of more than 60 leading biodiversity experts from 26 countries, assessed these draft goals and asked what the scientific evidence is supporting them, how these goals reinforce or undermine each other, and whether one aspect of nature could serve as a shortcut for others.

The result is an independent, scientifically grounded, unprecedentedly comprehensive assessment.

“We hope this is a useful tool in the CBD negotiations on a new strategy for nature and people,” says Sandra Díaz, lead author of the paper and senior researcher, National Research Council, and professor at the National University of Córdoba, Argentina. She co-leads the Earth Commission’s working group on biosphere interactions and has co-chaired the Global Assessment of the Intergovernmental Science-Policy Platform on Biodiversity and Ecosystem Services (IPBES).

Among the other authors is Michigan State University’s Jianguo “Jack” Liu, Rachel Carson Chair in Sustainability. Liu introduced the concept of telecoupling (socioeconomic-environmental interactions over distances, such as trade, migration, foreign investment, tourism, and spread of diseases like COVID-19) a number of years ago and has been leading the development and applications of the telecoupling framework. The framework is a new holistic research tool which enables natural and social scientists across various disciplines to understand and generate information for managing how humans and nature sustainably coexist over distances.

Liu is a coordinating lead author for the global assessment of biodiversity and ecosystem services for the IPBES. 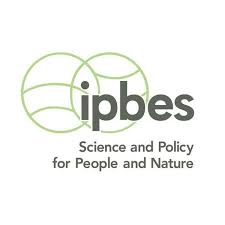 “As biodiversity is increasingly affected by telecoupling and affects human well-being far away through telecoupling, future biodiversity conservation efforts must take telecoupling into account,” Liu said. “So many challenges – biodiversity loss, global trade, climate change, natural disasters – resonate across the world and we must examine and tackle these problems over distances holistically, rather than seek single local solutions to complex global problems.”

According to the scientists, three points are critical for nations to take into account when setting the new biodiversity goals:

First, a single goal for nature, based on a single facet, for example, focused only on species extinctions, or ecosystem area, similar to the ”below 2°C” target for climate, is risky. Multiple, distinct goals are needed for ecosystems, species, genes and nature’s contributions to people to make sure none of them falls through the gaps. Although having one target based solely on ecosystems, species or nature’s contributions to people as a shortcut for the whole of nature might be tempting, the balance of published evidence is against it. Buttressing the shared vision of the CBD (‘living in harmony with nature”) by multiple goals, each corresponding to a major facet of nature, is much safer.

Second, as the facets of nature are interlinked and affect each other for better or worse, the goals must be defined and delivered holistically, not in isolation.

Third, only the highest level of ambition for setting each goal, and implementing all goals in an integrated manner, will give a realistic chance of “bending” the curve of nature’s decline by 2050. It will not be enough to have, for example, an ambitious goal for reducing species extinctions if goals for ecosystems and genetic diversity are not also ambitious. The paper concludes that unless the different facets are contemplated together, and unless the ambitions are set very high for each of them, there is very little chance to transition to a better and fairer future for all life on Earth by 2050. Of course, the objectives must be achievable, as well as highly ambitious.

The paper provides the scientific basis for distinguishing between low and high ambitions. Ambitious goals should include, for example, the strict “no net loss” and targeted restorations of ecosystems, both in natural and managed lands, minimal loss of species, 90 percent of genetic diversity conserved and a broad range of nature’s contributions to people secured. Less ambitious goals will be insufficient to conserve and sustain the multiple, interrelated facets of nature and its contributions to people.

The authors have explicitly focused on the biological aspects. They have not evaluated economic or political consequences of the goals but highlight that not considering social and political issues when implementing actions would be a recipe for failure.

“Building a sufficiently ambitious safety net for nature will be a major global challenge”, said Díaz, “but unless we do it, we are leaving huge problems for every future generation.”

To help crystallize these general recommendations, the authors have produced a checklist of key science-based points that negotiators could have handy during the upcoming negotiations of the final text of the new biodiversity goals.

SUSTAINABILITY -- Through the Lens of Telecoupling and Metacoupling: New Perspectives for Global Sustainability

PEOPLE AND NATURE - Levers and leverage points to sustainability