Climate change may be putting your home at risk 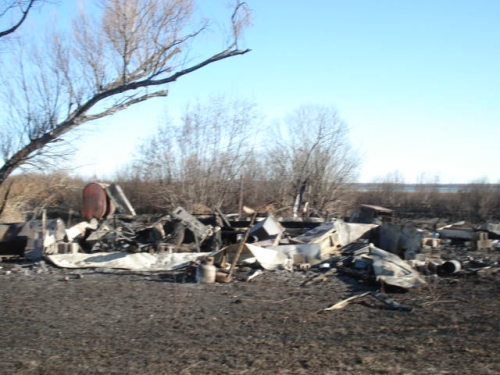 Studies, based on 2000 census data found over 38 percent of all housing units in the lower 48 states are located along the wildland-urban interface. The majority of these homes are in the eastern states where it is predicted warming temperature patterns driven by climate change will grow wildfire risks dramatically.

In September of 2011, in one wildfire event in Texas 476 homes were lost. Six of the ten largest wildfires in the state’s history occurred in that one year. Studies indicate the effects of climate change on forested land will continue to pose ever increasing risk to homes in the areas where they intermingle with undeveloped wildland vegetation.

If, after you finished reading the above paragraph you thought, “Yeah, so what do fires in Texas have to do with me?” Understand all 49 states sent firefighters into Texas last fire season to assist in fighting the fires there. These increasing wildfire events will stretch the fire crews responding thinner and thinner, compounding the threat to the ever increasing numbers of homes in these higher risk areas. Homeowners need to make note of the increasing risks and take action to protect their property.

The home loss from increasing wildfire activity is not restricted to the southern and western states. Data taken from the 2000 U.S. Census indicates that 38.5 percent, or more than 1/3, of all housing units in the 48 contiguous states are in areas identified as wildland-urban interface. The majority of these homes are located in the eastern U.S. states where climate change related conditions most likely will increase fire intensity and acreage.

It’s difficult to pinpoint exactly where or when wildfire events will occur. However, warming temperatures along with increasing fuel loads in wildland areas indicate an increasing likelihood of greater intensity and frequency of fires in extending periods of dry weather when our homes are at the highest risk of loss.

To learn more about what individual homeowners can do to help better protect their homes and property from the ever increasing threat of a wildfire event visit the Michigan State University (MSU) Extension Firewise site on the web. There you will find additional information on the wildfire threat in Michigan as well as information and links to assist homeowners in preparing for a wildfire event near their property.

For more information on climate change in Michigan as well as across the globe along with links to articles and research on the topic visit Climate Change at MSU on the web. There is also information there on courses offered related to climate change.

Quiet wildfire period in Michigan should be cause for concern

Keep wildfire protection in mind when remodeling or building homes

Homeowners need to adopt measures to protect their property from wildfire