The Demmer Center supports programs such as the NCAA Shooting programs, team sports, the National Archery in the Schools program, hunter safety and, last but not least, 4-H youth programs. 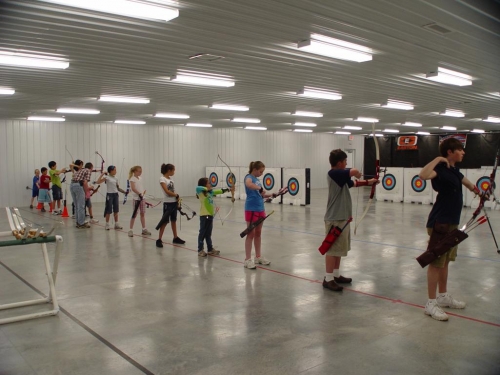 “What we’re finding is that our 4-H kids that have been with our programs long term that are now shooting at the center are actually some of our best instructors, so they are actually instructing classes out here and they will be going through the NRA instructor workshops here very soon,” said shooting sports program director Keith Hein. “The crews that we had out here during Exploration Days and Grandparents University were all 4-H youth and 4-H trainers, and this building has never ran as smoothly as it did during these events. I mean, I’ve got great staff here that is very knowledgeable, very personable, and very competent at what they do. But when those 4-H kids come in here, they know what they’re doing.” The Demmer Center is one of the largest and most unique of its kind in the nation and is open year-round. 4-H’ers who come to the center have their pick of practicing in two state-of-the-art indoor firearms ranges that accommodate tournaments, leagues, marksmanship training and more. The facility also holds an indoor archery range, containing 11 lanes that offers 22 shooting points up to 25 yards in distance. The two indoor rifle and pistol ranges each contain eight firing points and up to 50 feet of target distance, shooting small-bore .22 rim fire pistol and rifle, and air rifle and air pistol. 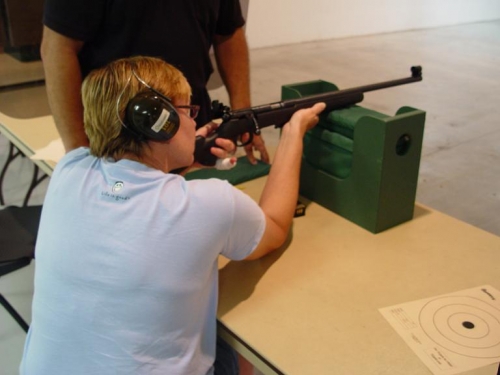 “There are a lot of different organizations that try to get kids into shooting. We try to get kids into youth development through shooting,” said conservation education specialist Dale Elshoff. “A lot of those organizations focus on that little target down there and the technique of the target and it’s all about the target, and in 4-H we focus on the shooter, the youth, and by helping to develop that rounded, centered, well-balanced individual we’re not intentionally training world class Olympic level shooters, but we end up with world class Olympic level shooters.” 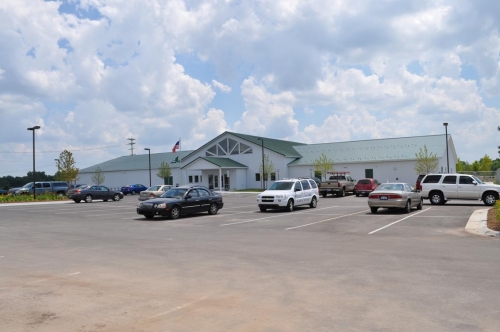 “The reason we do 4-H shooting sports is youth development and developing life skills. Some people really take off, the kids find their niche, and away they go to competitive shooting,” said Elshoff. “The really cool thing with the Demmer Center is it’s a really seamless transition that happens and they can take that next step, still stay affiliated with 4-H and concentrate on youth development and citizenship and leadership and all that

In addition to John and Marnie Demmer, other major contributors to the Demmer Center include the Archery Trade Association, the Hal Jean Glassen Memorial Foundation, and the Michigan Department of Natural Resources. For more information on the Demmer Center, visit www.demmercenter.msu.edu.great stuff, but also be a competitive shooter.”Olympic-level shooters such as Amos Peck from Leslie, Mich., and Rachael Heiden from Clinton, Mich. During the 2010 USA Shooting National Junior Olympics, current 4-H’er Peck earned second place in the J2 10m Air Rifle division, and former 4-H’er Heiden walked away the gold medal in Women’s Trap.