The short-term losses people suffer when natural disasters strike can turn into long-term poverty if reconstruction policies don’t consider how people are going to make a living.

Areas rich in biodiversity raise those stakes even more as people’s needs compete with environmental protections, according to a new Michigan State University (MSU) study that is the first to focus on the “livelihood portfolio” of families when evaluating disaster recovery. It appears in this month’s journal Ecological Economics. The result of a disaster can be a cycle of long-term devastation such as poverty.

More people across the world are exposed to more natural disasters thanks to ecological degradation and climate change. Massive hurricanes, floods and earthquakes not only wreak substantial damage to ecosystems. Natural disasters often cause tremendous socioeconomic losses to human communities.

A group of natural and social scientists at MSU looked at the well-being of people after a disaster. Their focus was on the recovery of the massive 2008 Wenchuan Earthquake in the Wolong Nature Reserve in southwestern China, but the results have relevance for areas worldwide that seek to balance sustainability recovery with the long-term well-being of people.

In Wolong, governmental agencies were eager to replace homes and infrastructure and move people out of 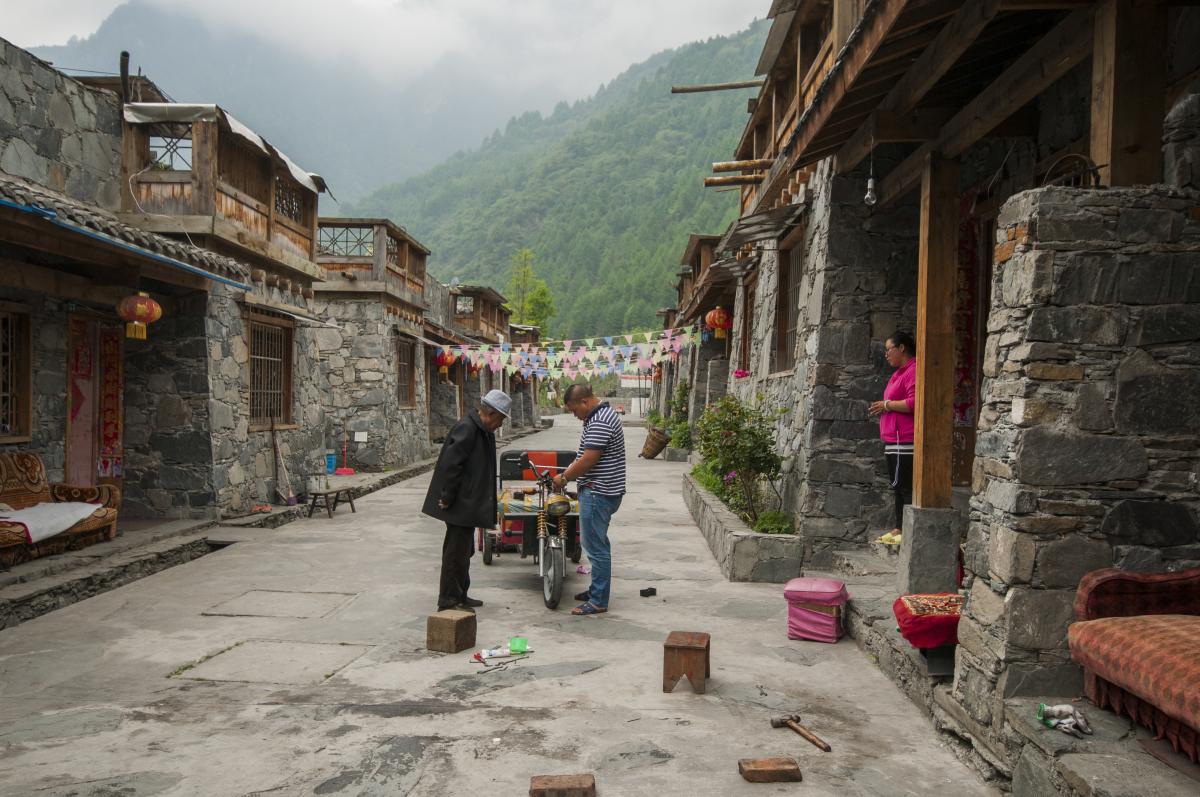 the mountainous hills of the nature reserve and closer to more flat areas such as towns and roads. The intentions were good and provided what seemed like multiple levels of solutions. People once living in the high mountains had more access to work in towns, and people were moved further from the fragile biodiversity that is home to the threatened and iconic giant pandas and other valuable animals and plants.

Yet the scientists, led by PhD student Hongbo Yang of the MSU Center for Systems Integration and Sustainability (CSIS), measured what constituted well-being for the quake’s human victims and found as yet unidentified losses.

To build new housing, cropland was eliminated, as were opportunities for income from farming. Many people from Wolong were able to find work in distant urban areas, but city work came with hardships and stress, such as increased living expenses and an unfair education system for their children and a lack of sense of belonging in the cities. Unintended consequences, in essence, were in many ways eroding their well-being.

These were examples of how factors distant from the earthquake’s epicenter could have an impact on the people there. These socioeconomic and environmental interactions over distances, known as telecouplings, can significantly influence on disaster recovery, both in Wolong as well in areas decimated by other natural disasters hurricanes, volcanoes, floods.

“In these times of tremendous global connectivity, a natural disaster will be felt far from its point of occurrence, and as people strive for recovery, they will be affected by solutions far away,” said senior author Jianguo “Jack” Liu, MSU Rachel Carson Chair in Sustainability and CSIS director. “It has become imperative we are able to look at solutions systemically and holistically to avoid unintended consequences and make sure we don’t just rebuild – but also we preserve the well-being of people.”

Besides Yang and Liu, “Changes in Human Well-being and Rural Livelihoods Under Natural Disasters” was written by Thomas Dietz, Wu Yang and Jindong Zhang. The work was funded by National Science Foundation, the Ministry of Science and Technology of China, MSU and the National Natural Science Foundation of China.

Changes in Human Well-being and Rural Livelihoods Under Natural Disasters