For anyone involved in the Michigan beer industry, the Michigan Great Beer State Conference and Trade Show held at the Grand Traverse Resort in Traverse City, Michigan, was the place to be last week. The conference was the first in-person combined conference among the Michigan Brewers Guild, Michigan State University Extension and Master Brewers Association of the Americas (MBAA) District Michigan. The conference included presentations from experienced beer industry professionals from across the U.S. that covered all aspects of the craft beer value chain.

Dog Star Hops will have their farm name engraved on the Chinook Cup and receive a Keepsake Cup to proudly display. 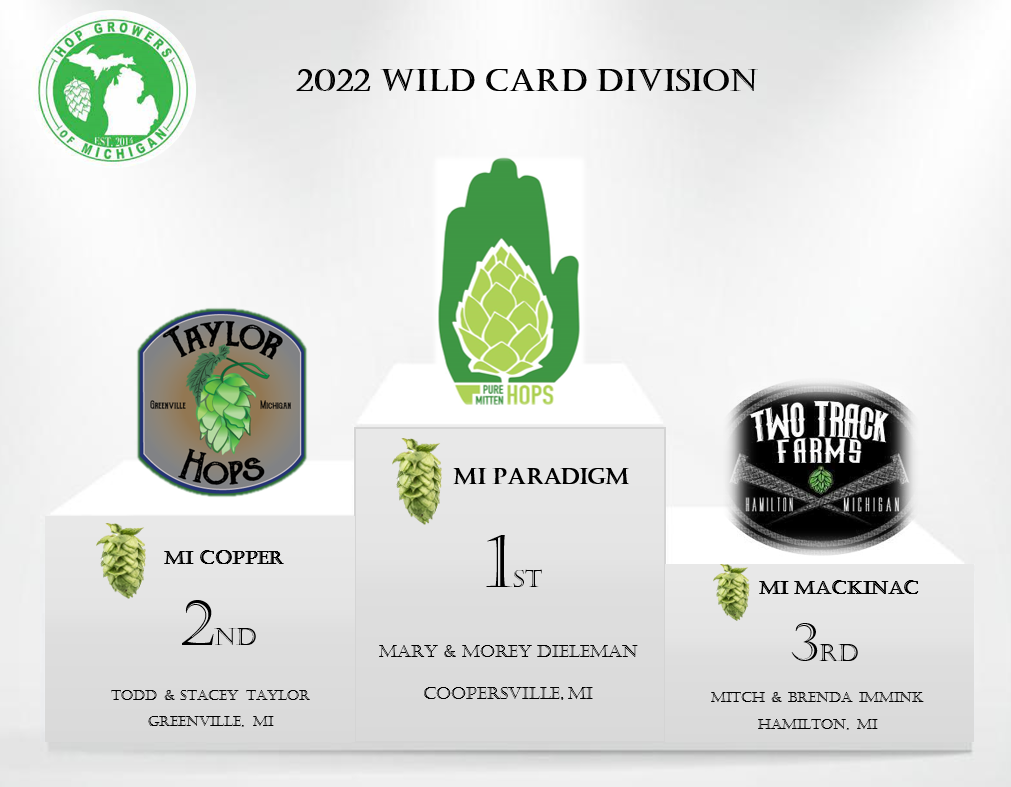 Although there are over 100 different varieties of hops used by craft brewers across the U.S., the top three hops have consistently been Cascade, Centennial and Chinook. The Chinook hop, released in 1985, is the result of a cross between Petham Golding and a USDA male plant. Chinook are a “dual purpose” hop used for both bittering and aroma (see figure below). In their quest to brew “standout” flavorful beers, many craft brewers have become increasingly interested in newer proprietary varieties such as Simcoe and Citra.

However, a small but growing number of brewers have begun to recognize that hops of the same variety, when grown in different locations with distinct soils and climate, impart different flavor profiles.

In contrast to Chinook grown in the Pacific northwest that is generally known for its piney, spicy, dank attributes, Michigan Chinook is a cultivar that is increasingly recognized for its citrusy, clean profile.

Please continue to visit MSU Extension’s Hops website or the MSU Hops News Facebook for up to date information.