Crops are off to a slow but good start. Recent rains have prevented ample moisture.

Rainfall for June 18-19 was 0.71 inches recorded at the Michigan State University Ithaca Enviro-weather station. Across the area, rainfall was 0.5 to well over 1 inch of rain. This has provided plenty of moisture for the stage the crops are in and will prevent any spraying or other field activity for a few days.

Corn overall is looking good, although it was planted late and is behind. Corn planted May 6 is between knee- and waist-high and is filling the rows. Some additional corn was planted on Mother’s Day, May 11, but most of the corn was planted near Memorial Day weekend, May 24-26, and is just about 6 inches tall.

Black cut worm caused damage in a few late planted fields. Sandhill crane damage was a surprise in one field, totally destroying a perfect stand to less than 10 percent in about 20 acres. A seed treatment to repel the cranes is the common control. 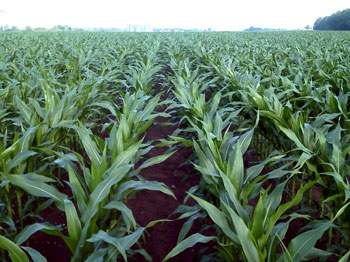 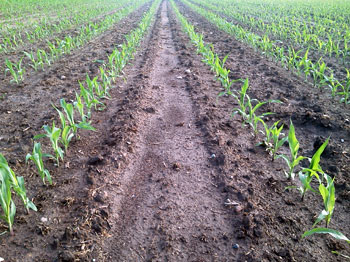 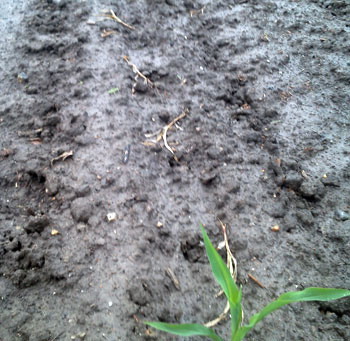 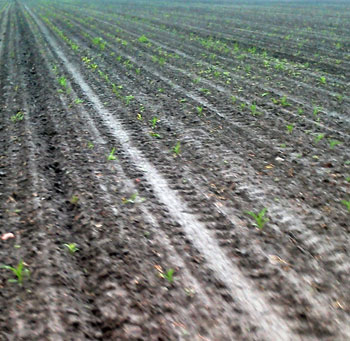 Soybeans were planted the last week in May. Many fields are in the first trifoliate stage. Most stands are good. A few were planted in dry soils resulting in some irregularity. Weed control is a challenge. The frequent rain showers have prevented timely herbicide applications. Glyphosate-resistant marestail is common. Lambsquarter has escaped control in several fields. 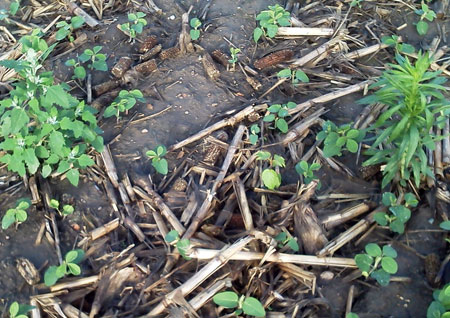 Wheat is in good condition. So far, foliar and head diseases have not yet begun to show symptoms.

Alfalfa second cutting is 6-18 inches tall. Most fields are now looking good with plenty of moisture. Insect activity appears to be minimal at this time. Leafhoppers could start to be a concern in a couple of weeks. 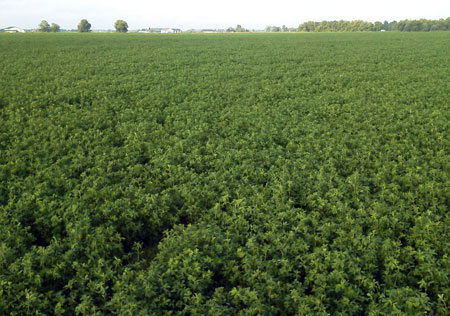