New environmental observation methods see the forest for the trees

A marriage has occurred in the remote forests of China that promises to unite two important forces to better inform the health and future of biodiversity. The union is reported in this week’s journal Ecological Indicators by Michigan State University (MSU) researchers.

The marriage is between powerful data – the big-picture spaceship view of the Moderate Resolution Imaging Spectroradiometer (MODIS), which sweeps the Earth’s entire surface every one to two days, and Landsat, which focuses on smaller pieces of land, but only produces pictures every 16 days.

Like the best marriages, this combination in essence completes the view. Researchers at MSU’s Center for Systems Integration and Sustainability (CSIS) have achieved a way to combine the best of MODIS and Landsat images and, working with information taken on the ground, show a new, more robust understanding of how biodiversity is changing. In this case: in China’s Wolong Nature Reserve, a biodiversity hotspot that’s home to the endangered, and beloved, giant panda.

“The planet is in a biodiversity crisis,” said Andrés Viña, an assistant professor in CSIS who is the paper’s lead author and specializes in remote sensing. “Land is changing very quickly from use, pollution, climate change. This situation demands understanding both the small picture and the big picture quickly to better inform policy.”

Apart, both methods are powerful, but have shortcomings. MODIS rules in big-picture data, and its frequency gives scientists a better chance of not being hobbled by the clouds common to mountainous areas. But MODIS doesn’t allow for fine-scale understanding of what’s happening on the ground – showing less specifics of the status of trees and bamboo critical to wildlife survival.

Landsat is big on detail, letting scientists understand what’s going on with plants in smaller plots of land. But Landsat can be hobbled by clouds, and lacks the big-picture perspective of understanding biodiversity.

In this instance, Viña and his colleagues fused the big and small pictures of MODIS and Landsat, and applied this fusion to develop a novel indicator of biodiversity – in Wolong’s case, this will help understand how wildlife habitat, especially that of pandas, is fairing with changes in biodiversity.

“Until now, when you collect data in small areas, you could not automatically relate them to questions of 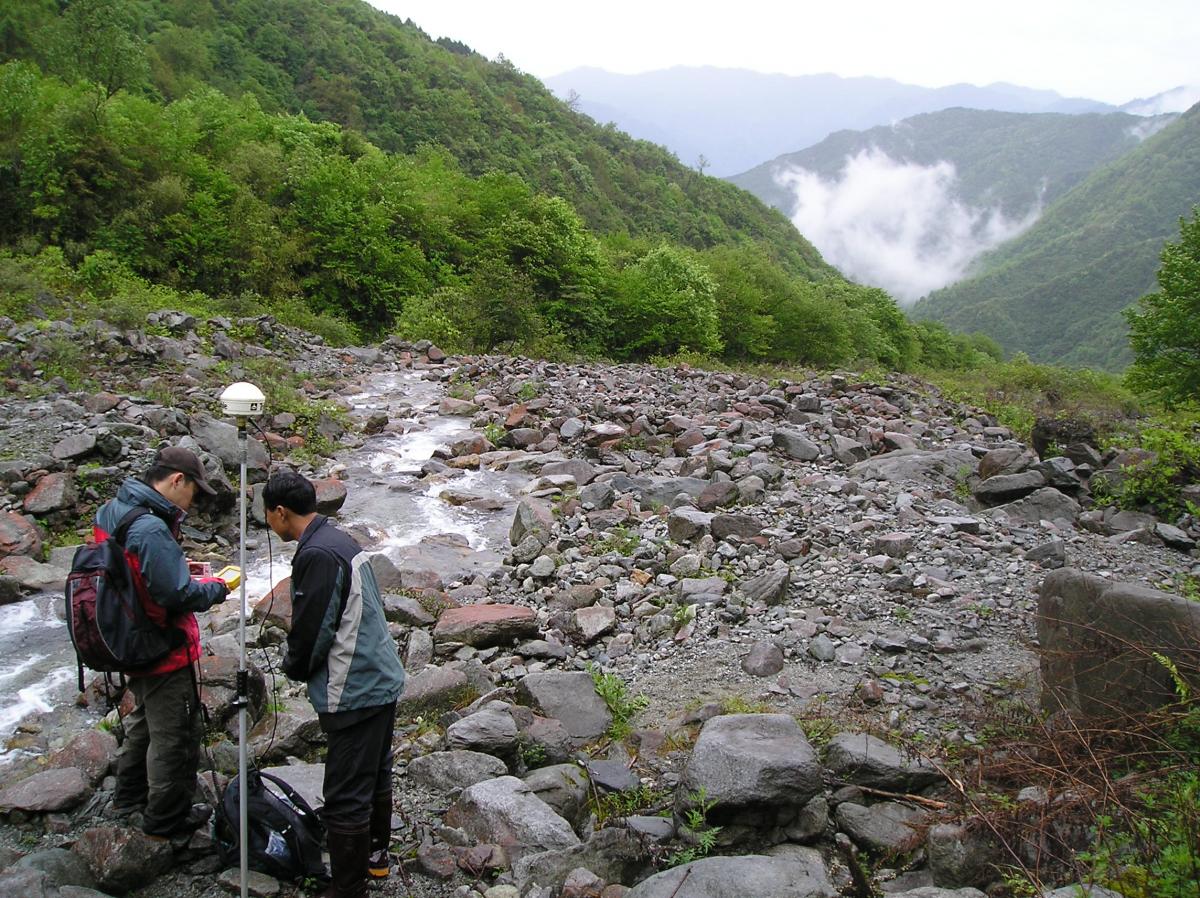 biodiversity across large areas,” Viña said. “The fundamental idea behind this new indicator is that areas with similar plant species have similar plant life cycles. Therefore, the fusion of different satellite data, together with field data will help with our overall understanding of how a large area is doing in terms of the health of its biodiversity.” The new procedure uses data publically available and is general enough to be applicable in different ecosystems and geographic settings.

“Land surface phenology as an indicator of biodiversity patterns” was co-authored by Wei Liu, a former PhD student now at the International Institute for Applied Systems Analysis, Laxemburg, Austria; Shiqiang Zhou and Jinyan Huang of the China Conservation and Research Center for the Giant Panda in Wolong; and Jianguo “Jack” Liu, MSU Rachel Carson Chair of Sustainability and CSIS director.

The work was funded by the National Science Foundation, NASA and MSU AgBioResearch.

Land surface phenology as an indicator of biodiversity patterns