Now is the time when mice and voles are moving into fruit orchards. 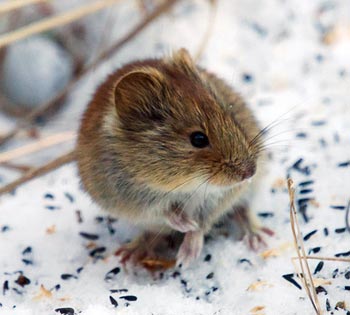 With the onset of colder temperatures over the last few weeks and field crop harvest nearing completion in neighboring fields, Michigan State University Extension warns now is the time of year when mice and voles (Photo 1) start to move into orchards. Additionally, this fall some blocks of apples were not totally harvested, leaving more food sources under trees to attract mice and voles.

In grower visits I have made in the last two weeks (as of Nov. 27, 2013), I can see abnormally high population of tunnels or runways of mice and vole activity. I have not observed any trunk feeding or damage. 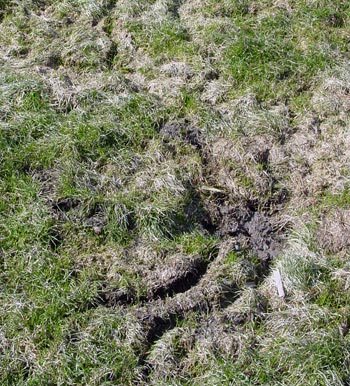 voles as the same rodent.

The population of these rodents ebbs and flows over time, but generally the population peaks every five years or so. However, these population peaks are hard to predict and monitor. I saw increased mice populations last year in many orchards and some growers had feeding damage to trees last winter. Mice can do a significant amount of damage in high density apples in a short period of time, especially along the edges of blocks near harvested corn and soybean fields, along drainage ditches and near woodlots.

Control of mice requires multiple approaches. A close mowing of grass in row middles late in the fall will help predators reduce the population as well as good weed control programs that reduce cover and nesting areas. Rodenticides are another approach in control programs as they provide the quickest and most practical means of bringing large populations of mice and voles under control. Bait should be applied when dry and fair weather is predicted for at least three days.

Careful monitoring of mice and voles is required all winter long as populations can build in mid- to late winter. Apple trunks will also become more attractive to feeding as other food sources are reduced later in the winter.