Ricker-Gilbert and Jayne article "Estimating the Enduring Effects of Fertiliser Subsidies on Commercial Fertiliser Demand and Maize Production" in the Journal of Agricultural Economics (2017), was one of the journal’s top 20 most downloaded recent papers.

The 2017 article by Jake Ricker-Gilbert (2011 AFRE PhD graduate and Associate Professor at Purdue University) and Thomas Jayne (AFRE University Foundation Professor), Estimating the Enduring Effects of Fertiliser Subsidies on Commercial Fertiliser Demand and Maize Production: Panel Data Evidence from Malawi, published in Journal of Agricultural Economics, was one of the journal’s top 20 most downloaded recent papers. ​As of year-end 2017 this article received 849 downloads. 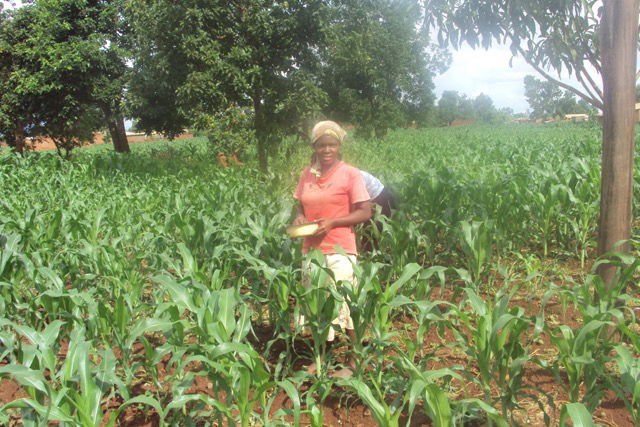 Ricker-Gilbert and Jayne’s findings show that the long-term effects of the Malawi subsidy program remain quite limited.
Household maize production and annual farm incomes rise for the period during which households receive the subsidy (which may be for as many as 4 or 5 consecutive years) but then tend to revert back to their pre-subsidy levels within one or two years after they “graduate” from the subsidy program.  The article concludes that government efforts to help farmers raise soil fertility can make using inorganic fertilizer more profitable and sustainable for smallholders in sub‐Saharan Africa and thereby increase the cost‐effectiveness of input subsidy programs.

The Government of Malawi has been exploring ways of revising its fertilizer subsidy program to be more effective and sustainable.
Ricker-Gilbert and Jayne’s findings, along with other FSP research, support other FSP recommendations to the Ministry of Agriculture. See how FSP activities in Malawi are supporting the potential re-design of Malawi’s fertilizer policy reform process: Soil Health Issues Dominate Fertilizer Policy Consultations.

Analysis of the Value Chains for Root and Tuber Crops in Malawi: The Case of Cassava

Are Financing Policies Sensitive to Food Systems Transformation in Malawi?

An Analysis of the Mango Value Chain in Malawi

Analysis of the Value Chains for Root and Tuber Crops in Malawi: The Case of Sweet Potato