With nearly 15,000 deer lost in Michigan in 2012 due to a disease transmitted by a tiny flying midge, one would think that would translate to less-than-normal deer damage in the home landscape. However, a combination of natural environmental factors this past fall and winter may have contributed to the heavy feeding by the four-legged munchers this winter.

As the snow recedes, Michigan State University Extension horticulturists have gotten complaints about heavy deer browse, not only on favorite winter food plants such as yew and arborvitae, but even on plants known to be relatively resistant to damage. One factor contributing to the hungrier-than-normal animals was low acorn production from oak trees in many parts of the state. Scant acorn production may have been a part of an oak’s normal “high-low cycle,” but acorn numbers also could have been cut short because of the unseasonably early spring last year followed by hard freezes that also wiped out the state’s fruit crop. 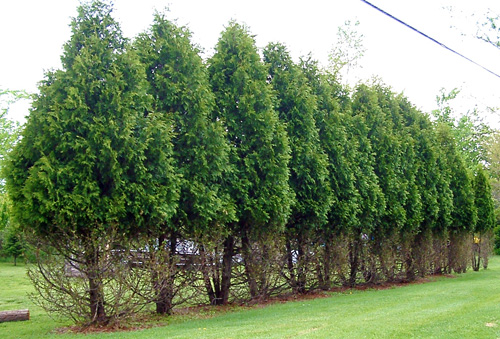 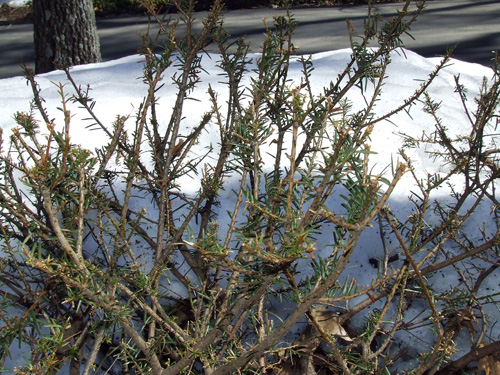 In many parts of Michigan, summer drought may also have contributed to lower amounts of under-growth vegetation that deer would normally forage in late fall. This, coupled with heavy and consistent snow and ice cover, made it hard for deer to even find things to eat. All of these factors have led deer to become much more aggressive in their feeding, moving into areas of the home landscape they seldom traverse. Observations have noted that deer seem less concerned about “obstacles” such as netting, steep slopes, and scents such as pets or repellants that they normally would steer clear of. Gardeners will need to employ a number of tactics to “re-train” these bad behaviors.

Perennials such as coral bells (Heuchera) and shrubs including roses, winter creeper Euonymous, Rhodoendron and holly have all been hit hard. Reports of deer feeding on ground covers such as Vinca, Loriope, candy tuft and Pachysandra, which is normally very deer resistant, will make this year one of the worst ever for deer feeding. Normally, deer love plants such as arborvitae and yew, but are relatively oblivious to the western arborvitae (Thuja plicata). This year, however, deer have not only sampled these plants, but dug in to the salad bar. 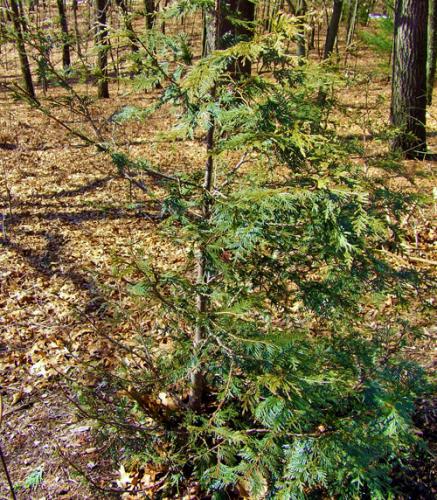 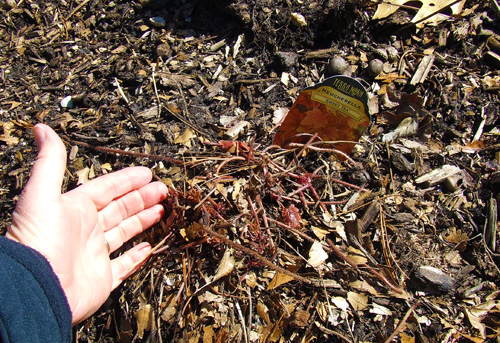 Perennials such as this Heucherella also become targets for damage when deer are hungry.
Photo credit: Rebecca Finneran, MSU Extension

Who ya ‘gonna call?

Disappointed gardeners will want to take assertive measures this spring to negotiate their gardens back from the now not-so-shy deer. Using a combined approach of cages, twine or wire foils and repeated applications of repellants will help focus the deer back to their usual woodland fodder and out of the garden. Starting applications of repellants early, especially covering or drenching their favorite plants, will gently encourage the deer to retreat. Focus your efforts on the perimeter of a perennial garden and corners that are most likely to get “nicked” by causal browsing.

Spray repellants have generally the same type of ingredients, but vary in the way they “stick” to the plants. Always allow the repellant enough time to dry before any rainfall or irrigation occurs. For the early season, recovering newly emerged foliage sometimes weekly will convince the deer that you mean business and the yard is off limits. Once the deer’s behavior is curtailed, you can back off of the repellants and only apply an occasional reminder along borders, favorite plants and especially the exposed edges or corners of a bed.

Other types of scent repellants will provide some measure of discouragement, but remember that deer can get used to almost any scent. Try to alter your tactics from one type to the next to keep them in constant uncertainty about your garden.

Don’t be fooled that deer will not be attracted to the annuals that you set out this spring either. Often just “sampling” the annuals, deer will lift whole plants out of the ground that you have planted even a couple of weeks before.

While no plant is “deer proof” in the end, the best method of control is to plant trees, shrubs and herbaceous plants they just will not eat. Shrubs such as boxwood are a great alternative to yew or arborvitae. St. John’s-wort, bleeding heart (Dicentra) and Lenten rose (Helleborus) are excellent choices for perennials and, of course, most ornamental grasses will be left untouched in the garden. A list of plants that have some level of resistance can be found in the MSU Extension bulletin, “Deer-resistant plants for homeowners.”

For more information on a wide variety of smart gardening articles, or to find out about smart gardening classes and events, visit www.migarden.msu.edu and Finneran’s blog. You can contact the MSU Master Gardener Lawn and Garden Hotline at 888-678-3464 with your questions.

Who drooled all over my plants?

Your plum trees versus black knot