European crane flies that have recently established and become a turf pest in Michigan consist of two different species from Europe: Tipula paludosa (European crane fly) and Tipula oleracea (common crane fly). The adult stage of both of these pests looks like a giant mosquito with a wing span of more than an inch. Adults of both species emerge in August and September and may be seen in or near infested lawns or golf turf in large numbers. They prefer moist soils, so are most likely to be found in irrigated turf, although this year, 2013, we had enough rain for them to develop in almost any lawn. The adults fly, mate and lay eggs in August and September. The second species, the common crane fly, may also have a second generation of adults that emerge in the spring. The larvae, called “leatherjackets,” grow to become nearly an inch-long and look like a brown caterpillar with no head or legs. 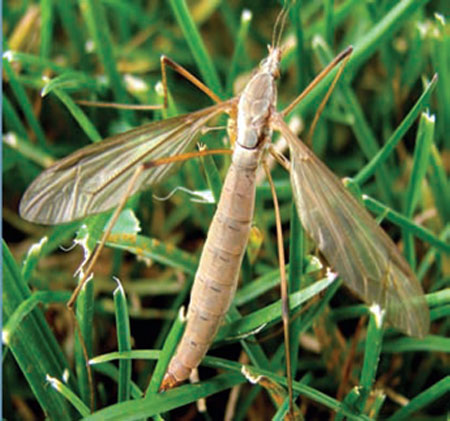 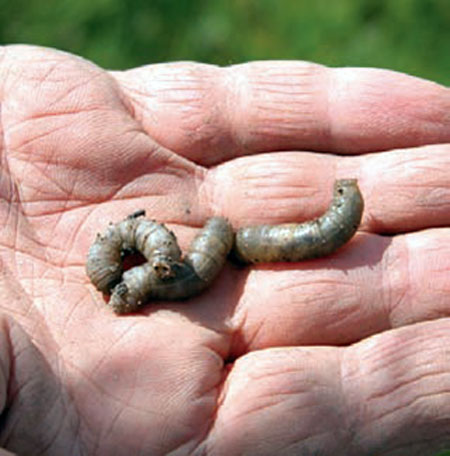 In October the leatherjackets consume enough turf roots, stems and leaves to cause visible injury to lawns or golf courses. Turf damage begins to appear as a general thinning of the infested turf, but may progress to large dead patches. Leatherjackets can be brought to the surface by drenching with a soapy water solution – 1 ounce dish wash soap in 2 gallons of water. Leatherjackets also tend to come to the surface when an insecticide is applied. This can be a nuisance on golf courses if large numbers of leatherjackets appear on tees, greens and fairways. 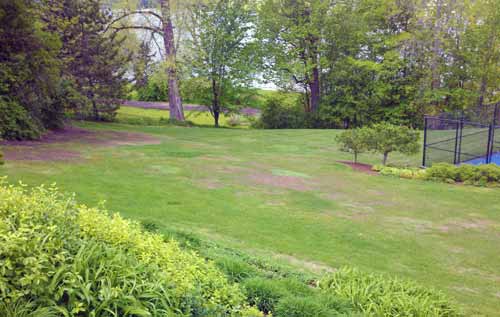 Products and timing of products used to prevent damage

So far crane fly damage has only been reported from around the Grand Rapids, Mich., and Detroit areas, but each year the infested area increases. The thin turf and digging activity by skunks and raccoons looks like grub damage, but can be easily distinguished by the presence of gray to tan-colored leather jackets. Infested lawns can be treated in October with Sevin or another turf product containing carbaryl. In order to avoid this problem next year, insecticides used for grubs can be applied in July or August to also protect against European crane fly.