To avoid above ground oak wilt infection, don’t do any more oak pruning until fall.

I have received several calls from arborists asking if our cooler temperatures have prolonged the oak pruning season. The short answer is no, do not do any more pruning of oaks.

Here is a short explanation of the biology behind this. When oak trees are pruned, volatiles are released that are attractive to certain insects. Some of these beetles are vectors of the oak wilt pathogen (Ceratocystis fagacearum) and can carry spores to the pruning wounds. The pruning cuts can be entry points for the oak wilt fungus. Of course, pruning cuts do not heal instantaneously; research has shown that wounds can be infected for up to eight days after the pruning is done. Sapwood produced in the spring is also more susceptible to infection than that produced later in the season. 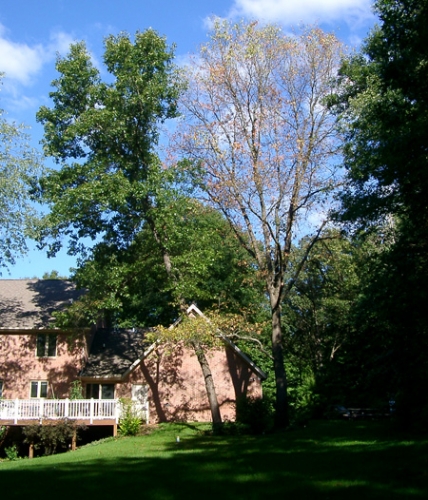 This tree was confirmed oak wilt case after being infected by an un-informed arborist who made cuts on the tree. 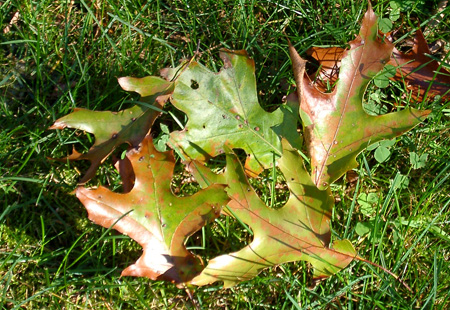