Quackgrass infestations in lawns and other turf areas stand out this time of year due to accelerated top growth.

In the last week as the floodwaters have receded and the temperatures have risen, turfgrass growth has really started to accelerate. Most of Michigan is still in the optimum timing for applying preemergence herbicide to prevent crabgrass germination and infestation this summer. At this time of year (spring), many people misidentify other weedy grasses growing in their turf as crabgrass. One pesky grassy weed that comes to mind is quackgrass. 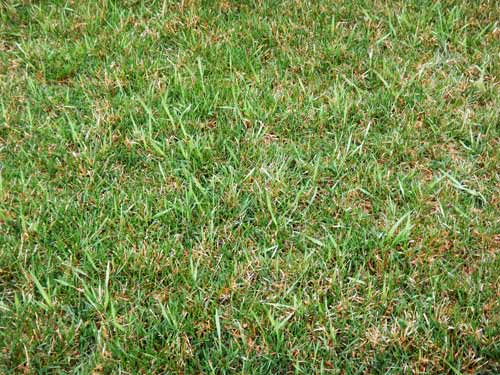 Quackgrass is an insidious, rhizomatous, perennial grassy weed that infests turf and ornamental beds. Quackgrass stands out in turf this time of year due to its rapid top growth. This is a one-time-of-year occurrence due to the top growth difference when quackgrass could be effectively wicked with a non-selective herbicide such as glyphosate to kill the quackgrass without injuring the desirable turf.

Michigan State University Extension says mechanical removal can be a very challenging task due to the intricate rhizome system in quackgrass. Tugging from the top often results in snapping the top leaves off and leaving the rhizomes to regrow more quackgrass, so you can try pulling again in a couple weeks. If you’re not inspired to try and rid your patch of turf of quackgrass, rest assured that as the Kentucky bluegrass increases its growth in the next week or two, the quackgrass will start to blend into the background.