Tick season is getting under way

Ticks are just plain nasty and they are out right now looking for a meal.

Despite our coldish, wet, spring weather, tick season appears to be getting under way. The most commonly encountered tick species are the American dog tick, Dermacentor variabilis; the deer or blacklegged tick, Ixodes scapularis; and the lone star tick, Amblyomma americanum. Most people submitting ticks are concerned that their tick might be a blacklegged tick, also known as deer tick, which carries Lyme disease. Their fears are somewhat well founded because more and more blacklegged ticks are showing up along the west coast of Michigan’s Lower Peninsula from Berrien County north to Grand Traverse County. Deer ticks have also been recently found in Ingham, Ionia and Genesee counties. 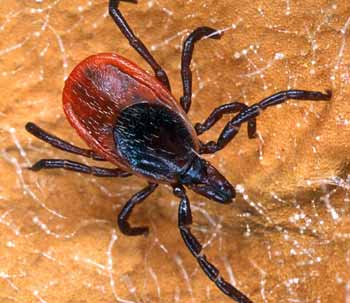 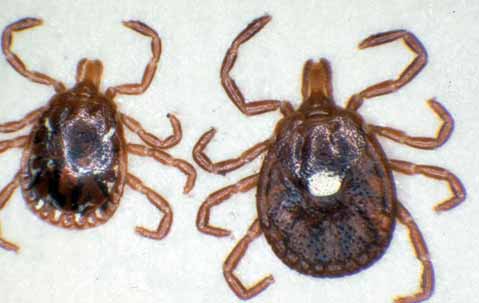 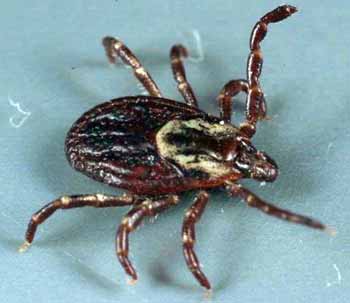 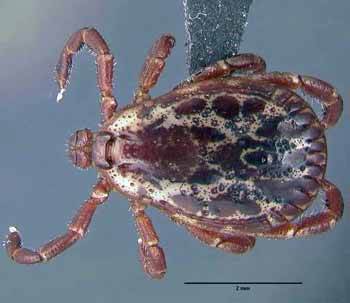 While American dog ticks and lone star ticks may not carry Lyme disease, they are known to transmit some other nasty diseases such as Rocky Mountain spotted fever and tularemia. Also, toxins injected with their bites cause itching, fever and in some cases tick paralysis. Be on alert for any rash that develops after any tick bite. Rash is a primary symptom of both Rocky Mountain spotted fever and tularemia.

Ticks are most likely to be encountered in the spring and early summer along animal paths in grassy, shrubby areas adjacent to woodlots and forests. Family members and pets should be inspected daily where ticks are known to be abundant. Insect repellents may help keep wood ticks from biting, as well as applying duct tape around pant cuffs to keep ticks from crawling up the legs. If an attached tick is found, it should be removed by placing tweezers near the head and gently pulling it off. Be careful not to squeeze the tick as this can inject more toxins into the wound.

Keep in mind that ticks cannot feed immediately after attaching. They require several hours to imbed their mouthparts deep enough to take a bloodmeal. An unfed, or un-engorged, tick is quite small and flat, but a fully engorged American dog tick looks like a small grape. Yuck! If you are unsure about the identity of your tick, save it in a vial of rubbing alcohol and send it to MSU Diagnostic Services for identification.

Both Frontline Plus and K9 Advantix provide tick control for cats and dogs. Products containing permethrin, as well as other ingredients at higher concentrations and labeled "for dogs only," should never be used on cats. Contact your vet for additional information. Special formulations of permethrin are available as tick repellents that can be applied to clothing to help keep ticks off.

Several products can be applied to yards to reduce the number of ticks. Fortunately, some of these products just happen to be some of the most widely available insecticides to homeowners. These include the following: Permethrin, which is sold under a variety of brand names; Carbaryl, which is primarily sold as Sevin; and Cyfluthrin, which is sold as Tempo for commercial applicators and Bayer Advanced Multi-Insect Killer for homeowners. Michigan State University Extension advises you to please remember to read any pesticide label before using and follow all of the safety precautions.

There are also natural controls that help to reduce tick populations including parasitic wasps, birds and a variety of fungi and nematodes. Unfortunately, none of these organisms have any real success in controlling tick populations to acceptable levels. In fact, some of them are only found in areas where ticks are super abundant. Hence, biological control agents are not yet ready for widespread use in tick management programs.