The earth has warmed an average of 1.3 degrees Fahrenheit over the past 100 years. Understanding the forces behind climate change can guide future decisions. 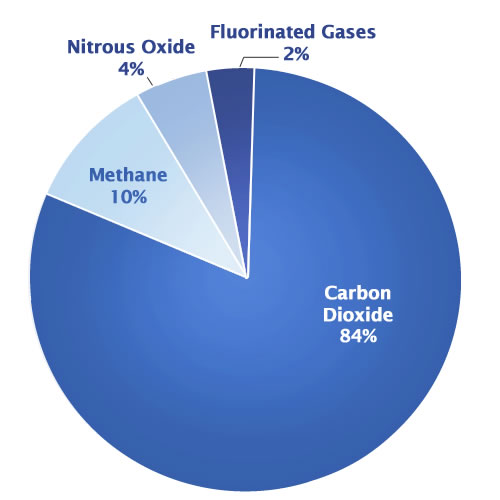 Climate change describes shifts in long-term climate patterns, including air temperature, precipitation and weather patterns. Climate change is impacted by both human and natural causes. Burning fossil fuels for energy production and converting land from agriculture or natural use to development (housing, buildings) emits greenhouse gases and are the main human causes of climate change.

Higher concentration of greenhouse gases, which include carbon dioxide, methane, nitrous oxide, water vapor and halocarbons, decreases the amount of energy that reflects back toward space from the Earth’s surface. Increased energy on the Earth’s surface means increased temperatures

Since the industrial age, the carbon stored in fossil fuels has been released into the atmosphere as carbon dioxide (CO2) gas. This gas accumulates in the atmosphere faster than plants can take it in and covert it to oxygen. CO2 absorbs infrared radiation from the sun and holds it as heat on the Earth’s surface. Methane and nitrous oxide gases are released through agriculture and waste management activities.

Climate scientists believe that the Earth will continue to increase its average temperature through the 21st century from 2.0 to 11.5 degrees Fahrenheit.  Projected impacts from these temperature increases include poor air quality, more heat waves, heavier spring and winter precipitation and more water-borne diseases.

Human actions are not changing the amount of greenhouse gases (except halocarbons), but are changing their form. Solids or liquids contained or stored deep underground are being used and converted to a gas that ascends into the atmosphere causing increased temperatures.

Scientists can measure the amount of carbon dioxide in the atmosphere and they can determine the sources of CO2 – from plants, animals, or burning of fossil fuels. Results of testing indicate that about one-quarter of the carbon dioxide comes from human activities.

It is believed that the warming of the atmosphere will continue even if all greenhouse emissions stopped immediately. This is due to the amount of carbon dioxide and other greenhouse gases already in the atmosphere. It is, however, possible to slow the current warming trends by reducing emissions by adopting stronger regulations and/or implementing new technologies.