Former Professor Harold Smith Patton was born in Canada, and received a B.A. degree from the University of Toronto in 1912.  During World War I, he served with the Princess Patricia’s Canadian Light Infantry until he was wounded in action in France.  After recovering, he became an area supervisor for the Canadian Young Men’s Christian Association, first in England and then in France.

Following the war, Patton studied at Harvard University where he earned A.M. and Ph.D. degrees in 1921 and 1926.  He was appointed lecturer in economics at the University of Alberta and later served on the faculty of the University of Cincinnati.  In 1929, he joined the Michigan State College (MSC.) Department of Economics, where he taught until his death in 1946.  He taught the first course at MSC in Government Policies in Agriculture in 1930. 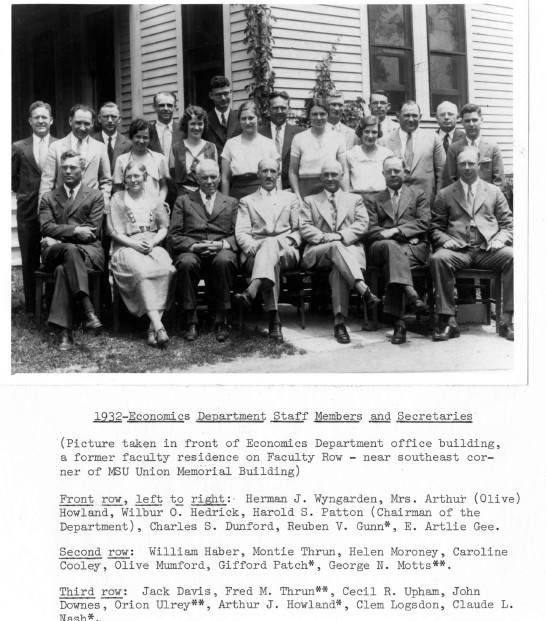