The asparagus miner was introduced into North America from Europe, and was first found along the northeast coast of the United States in 1869. This pest has two full generations per growing season in Michigan (Tuell & Hausbeck, 2008), and asparagus is its only known host (Chittenden, 1898). The asparagus miner has been recorded in every county in Michigan where there is commercial asparagus production, including Mason, Oceana, Van Buren, Allegan and Cass counties (see Figure 1). This factsheet provides general information on the biology of the asparagus miner and options for its management. 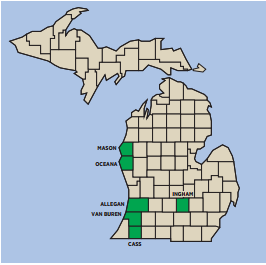 Figure 1. Known distibution of the asparagus miner in Michigan

In Michigan, asparagus miners overwinter as pupae in mined asparagus stem debris (Lampert, Cress, & Haynes, 1984). Two complete generations take place in Michigan in each growing season (Lampert et al., 1984; Tuell & Hausbeck, 2008). Adult flies normally emerge in late May to early June, and reach their first peak abundance around mid-June (see figure on page 3). Shortly after emerging, the adults mate and the females lay eggs near the base of asparagus stems, either right above or just below the soil surface.

Adult flies normally emerge in late May to early June, and reach their first peak abundance around mid-June (see figure on page 3). Shortly after emerging, the adults mate and the females lay eggs near the base of asparagus stems, either right above or just below the soil surface. 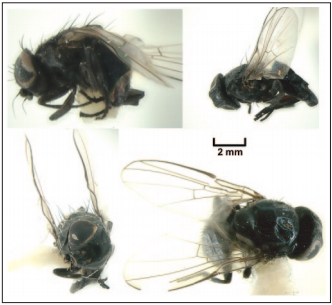 Figure 2. Adult asparagus miners are shiny black and 3.5 mm to 5 mm in length.

Females are attracted to asparagus plants in fern, which means that young fields and volunteer asparagus are vulnerable targets for egg-laying early in the season. Adults feed at the base of unopened asparagus flowers and where asparagus beetle damage has occurred (Ferro & Gilbertson, 1982). Adults from the second generation are most abundant around mid-August, when the flies mate again, lay eggs, pupate and overwinter. 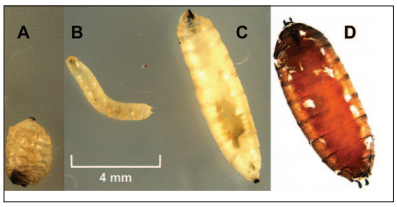 Adult flies do not cause damage, but the larvae tunnel in the asparagus stem and bore mines into the cortex around the base of the plant (see Figure 4). Mining usually does not affect nutrient transport, because only a small percentage of the plant’s stem is damaged. However, mining is considered cosmetic injury and affects the harvestable yield and marketing of asparagus. In extreme situations, the larvae can girdle the stem. 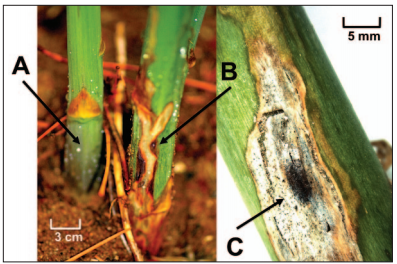 Damage from asparagus miner has been associated with increased Fusarium crown and root rot and early decline of asparagus fields (Gilbertson, Manning, & Ferro, 1985; Tuell, 2003; Tuell & Hausbeck, 2008). Fusarium spores have been found abundantly on all stages of the asparagus miner (Tuell & Hausbeck, 2008). Pathogenic Fusarium fungi are likely able to enter the asparagus plant through the physical damage of miner oviposition holes and larval tunnels. Early decline from Fusarium can shorten the economic lifespan of asparagus fields by 5 to 8 years (Elmer, Johnson, & Mink, 1996).

Broad-spectrum insecticides are currently used to control the adult asparagus miner (Bishop, 2006). These products are not effective in reducing immature miner life stages that develop protected within the stems. Currently, control options are being tested for larval control. 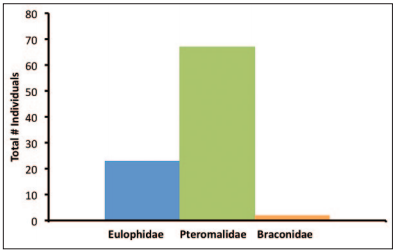 Figure 5. Number of parasitoids reared from 79 pupae that were collected from 5 commercial fields (n=630 stems) from July to September 2010.

Several biological control agents were described from the United Kingdom in the early 1900s, including larval parasitoids belonging to the families Pteromalidae, Eulophidae and Braconidae (Barnes, 1937).

In a recent survey of commercial fields in Michigan, parasitoids belonging to these families have been found over the course of a growing season in Oceana County (see Figure 5). Research at Michigan State University is currently being conducted to improve management of this pest through: 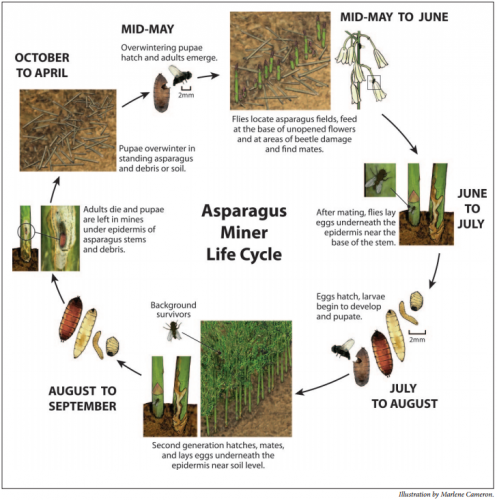