Michigan farmers have a long tradition of improving their cropping systems by using cover crops.Among the cover crops currently grown in Michigan, oilseed radish is relatively new and is being rapidly adopted by both field crop and vegetable growers. Oilseed radish provides several benefits when integrated into cropping systems.This bulletin was produced to help farmers manage oilseed radish cover crops in order to optimize those benefits and the efficiency of their farming systems.This publication summarizes results of studies conducted at the Michigan State University W.K. Kellogg Biological Station and the MSU Muck Research Farm, and in on-farm demonstrations.

Oilseed radish has a very large taproot (Fig. 1) and was originally developed for oil production. Because of its quick establishment and rapid growth in cool weather, it has been used successfully in Michigan as a cover crop in diverse production systems. 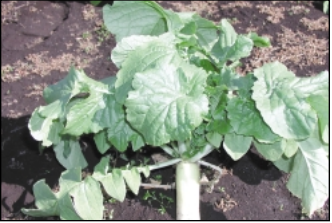 Oilseed radish cultivars used as cover crops include Adagio, Arena, Colonel, common, Remonta, Revena, Rimbo and Ultimo (Fig. 2). Most of these cultivars are imported from Europe. As its name implies, the common cultivar is the most readily available in Michigan. Oilseed radish seed is generally more expensive than seed of other cover crops commonly grown in Michigan. Check with your local seed supplier for availability. 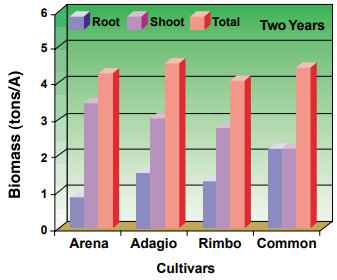 Oilseed radish establishes very fast, even under moderate drought situations. This provides excellent protection against wind or water erosion, which can be particularly helpful for muck or sandy soils.

Like other mustards, oilseed radish is a highly digestible forage for early- and late-season grazing. 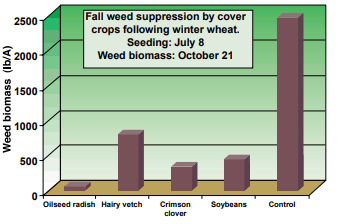 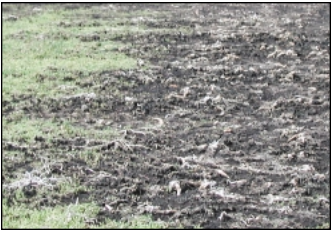 Plants in the Cruciferae family produce glucosinolates. These are secondary metabolites that have shown activity on insects, fungi and other pests. Studies in Michigan are looking at the effects of oilseed radish on diseases and pests. Certain cultivars such as Adagio and Ultimo are reported to give better nematode suppression (especially cyst nematodes) than other cultivars. To suppress nematode populations, a high seeding rate is recommended. Higher populations provide a larger number of small and fine roots. More roots mean more root exudates that stimulate egg hatching and more surface area for the nematodes to attach to in the absence of a suitable host. Oilseed radish should be used to enhance current management strategies, not as the sole control measure.

Oilseed radish seeding rates are typically 10 to 20 pounds per acre (lb. /A). Studies conducted in Michigan showed that rates of 10, 15 and 20 lb. /A produced similar amounts of biomass (Fig. 6). Low rates are generally recommended because of the high cost of seeds. In some situations, however, high rates may be more beneficial. These include cases where control of weed, disease and nematode problems is the primary focus. 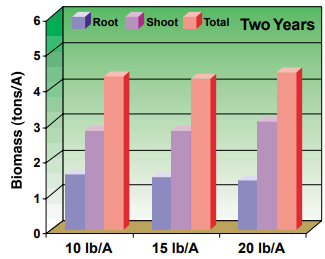 Seed is planted at a depth of one- quarter to one-half inch, either drilled or broadcast and incorporated with a light tillage. When seeds are broadcast, use higher rates because some seeds will be exposed at the soil surface. Oilseed radish is killed by frost, however, it tolerates light frost (down to 25 degrees F), especially at the seedling stage.

An oilseed radish cover crop can fit into diverse cropping systems. It can be seeded after harvest of a short-season crop such as pickling cucumbers, snap beans, wheat, rye, early potatoes or celery. In the fall, it will cover the soil, smother weeds and recycle nitrogen for the next crop. It can also be planted in early spring to provide green manure for cash crops planted in late May or early June.

Oilseed radish leaves low surface residue in the spring, so it is very appropriate for crops that require a well prepared seedbed. This is particularly important for small-seeded crops and for efficient operation of transplanters. It is currently being tested on other vegetables and farming systems.

Fahey, J. W., A. T. Zalcmann and P. Talalay. 2001. The chemical diversity and distribution of glucosinolates and isothiocynates among plants. Phytochemistry 56:5-51.

Draining Wet Spots in the Field or Draining the Entire Field