Summary of recommendations of stakeholder workshop conducted on March 1, 2011, in Dushanbe, Tajikistan

Tajikistan is a landlocked mountainous country in Central Asia with a population of 7.34 million people with the areas of 143,000 square km, of which 93% is mountainous. The country has about 4 million ha of agricultural land of which 3 million ha is in the high mountains. More than 75% of the population of Tajikistan is in the rural countryside. The rural population is heavily dependent on farming and agriculture is the most important sector for rural livelihoods. It is estimated that more than 60% of the population is engaged in agricultural activities contributing about 30% to the national GDP. Tajikistan is one of the world’s poorest countries. It imports over half of its food needs. According to World Bank studies, Tajikistan has been identified as the most vulnerable countries to climate change amongst the 28 countries in the Central Asia and caucuses, in terms of the potential impact of climate change on food production and environmental issues.

Importance of Livestock Sector in Tajikistan

Livestock sector plays an important role in agrarian economy of Tajikistan. Ruminant population of Tajikistan is about 6 million (1.8 m cattle, 1.6 m goats, and 2.6 m sheep). It significantly contributes towards food security, nutritional needs and generate income opportunities to rural communities. More than 92% of ruminants are kept by the individual households with 5-7 animals per households with only ~0.15 ha of land. As the farmers use land more for cash crops, land available for forage is decreasing year by year. The smallholder farmers face severe shortage of feed in the critical period of winter feeding coinciding with lambing period. In recent years, deforestation has depleted firewood resources. Therefore, manure is now increasingly being used as source of fuel by rural households, instead of use as manure. 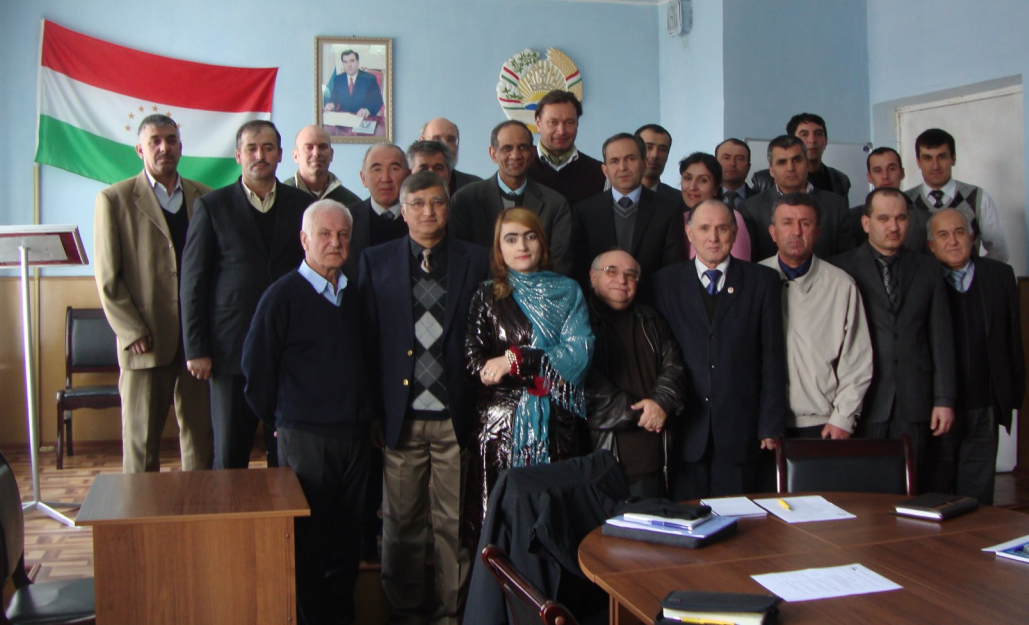 In the 1990s livestock production shifted from centralized intensive systems to decentralized extensive systems. Former large state-run cooperatives that used — 1) enclosures, 2) combined enclosures and pastures, and 3) pastures — were replaced by lease farms, joint stock companies, Deana (extended family farms; 1 - 1000 ha) and household plots (~0.15 ha). Livestock sector remains important in all these systems. Productivity of Livestock sector depends on the availability of feed and fodder. Tajikistan is facing shortage of feed and forage for the livestock sector. Reports suggest that feed availability for livestock in Tajikistan has declined as much as 60% since the collapse of the former Soviet Union, which has resulted in reduced biomass available for forage.

This brief describes the outcome of a stakeholder consultation workshop conducted in Dushanbe, Tajikistan on March 1, 2011 under the USAID funded Livestock and Climate Change Collaborative Research Support Program (LCC-CRSP) managed by the Colorado State University. The project goals include improving pasture and feed/forage production and conservation through training and capacity building of farmers, local scientists and representatives of local NGOs that support rural communities in Tajikistan. 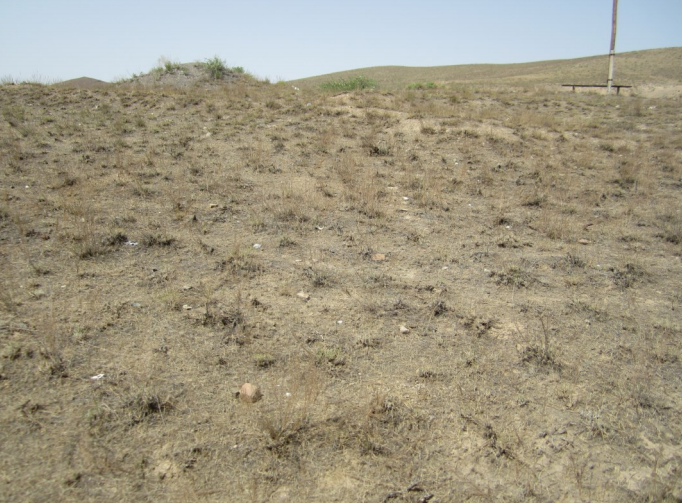 Tajikistan has about 3.8 million ha of natural pasturelands that are characterized as; winter, spring-Autumn, summer and year-round pasturelands. It is estimated that pasture grazing provides about 75% of the feed and forage to the livestock population in Tajikistan. During Soviet era, mountain territories were used for summer pasture and rainfed farming. But now, 98% of the highland areas are affected by severe degradation and erosion (FAO, 2004) due to uncontrolled grazing. This uncontrolled grazing and overstocking of rangeland near settlements has severely degraded pastureland. It has decreased available forage resources resulting in declining livestock production and productivity.

Degrading of pastureland due to overgrazing has been identified as one of the main constraints to livestock production. Productivity of natural pasture and hayfields play an important role in protecting soil from erosion and increasing its vegetation period. In Tajikistan, there are ample of alpine meadows for summer pasture. However, due to crumbling infrastructure (bridges and access roads) the access to these summer pasture lands has been difficult. A large portion of pasture area is owned by the state and being used as communal pasture lands that is yet to be allocated to households or Deana farms. Forage production is also decreasing because of declining soil fertility and lack of irrigation and poor management of water resources. Farmers have limited knowledge and technical support in production and conservation of forages, as there are no governmental outreach programs. In recent years, Non-governmental Organizations (NGOs) have been increasingly engaged in community outreach activities for agriculture and rural development.

According to Inter-governmental Panel on Climate Change (IPCC) the regional temperature in Central Asia will rise far more than global average and assumed shrinkage of glacier volume by around 32% is expected until 2050 (WBGU, 2007). In some areas, all glaciers will completely disappear by 2050. High temperature will cause severe threats to agricultural and livestock systems. WBGU warns that without proper mitigating measures, global surface temperature could increase 2 to 7° C by the end of 21st century (WBGU, 2007). Based on the indices for exposure (surface temperature changes), sensitivity (hydro electricity and water uses) and adaptive capacity (socio economic), vulnerability to climate change index was developed for 28 ECA countries. Tajikistan stands out to be the most vulnerable country to climate change amongst the 28 European and Central Asian countries (World Bank, 2009). 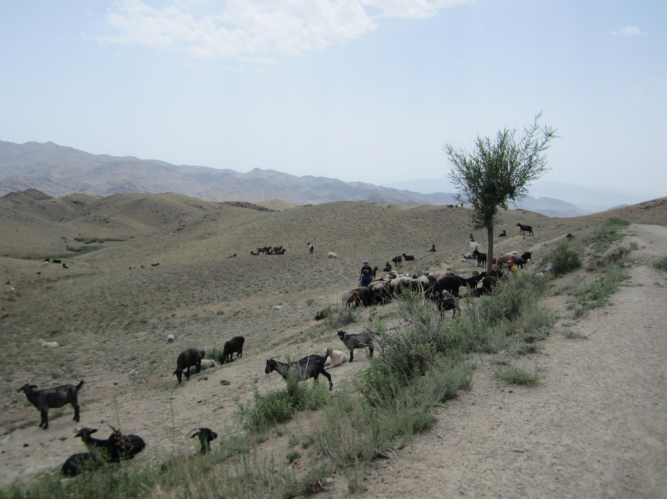 About 0.8 million ha of arable land in the country is used for agriculture and much of it is exposed to the impacts of climate change particularly via land degradation and erosion of fertile topsoil. Climate Change will have far reaching consequences for dairy, meat and wool production mainly arising from its impact on grassland and rangeland (Calvosa et al., 2009). While natural pastures and hayfields play an important role in protecting soil from erosion and increasing its fertility, their productivity is dependent in turn on climate change and its spatial distribution during the vegetation period. For instance, rising temperature of 2-4°C in February and March can lead to 20% decrease in winter – spring pasture productivity, a decline that is greatly exacerbated during dry spells. By contrast, in high mountain pastures, rising temperatures of 1.5 - 3° C can increase pasture productivity by 20-50%.

MSU partnered with Liv stock Research Institute (LRI), under TAAS in this project, and the regional partners included the International Center or Agricultural Research in Dry Area (ICARDA) and the University of Central Asia (UCA). A project stakeholder workshop was conducted on March 1, 2011 in Dushanbe, Tajikistan. There were more than 30 participants (Table 1)representing various partner institutions, development agencies, International NGOs, and representatives from four regions of the country. Presentations were focused on the objectives of the project and the feed and forage situation in Tajikistan. The participants discussed various issues related to the low productivity of livestock sector in Tajikistan.

The participants indicated that efforts should be to enhance productivity of the pasture and forage crops through adopting new approaches and technologies as well as training of the farmers and NGO representatives in livestock management and feed and feeding. 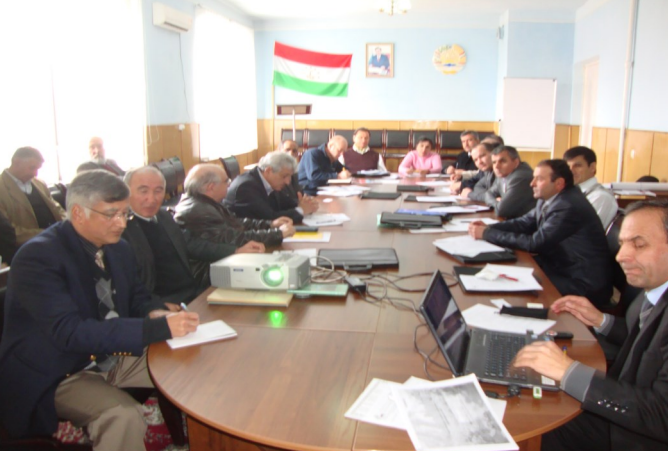 The strategy adopted in this project was to engage local partners from the inception, implementation and impact assessment of the project. The approach taken in this project include: 1) build partnerships: policy makers, local farmers, communities, and local NGOs; 2) establish on-farm research and demonstration sites: one in each of the four regions of Tajikistan for forage production; and participatory training; 3) empower local farmers and NGO representatives with knowledge and skills for forage production to enhance livestock production.

The stakeholders made the made the following recommendations:

Based on the recommendations of the workshop, each of the regional coordinators developed the work plan in consultation with the Principal Investigator and the Director of RIL, TAAS.

This pilot project was designed to identify issues related to forage and pasture production and conservation for livestock feeding in Tajikistan. One research and demonstration site was established in each of the four provinces of Tajikistan. These research sites were used as a farmers field training sites to learn best practices in forage production and conservation, pasture management and good animal husbandry practices. Training of farmers included the potential impact of climate change in livestock production systems and adaptation measures to minimize the impact by adapting ecologically sound management practices. 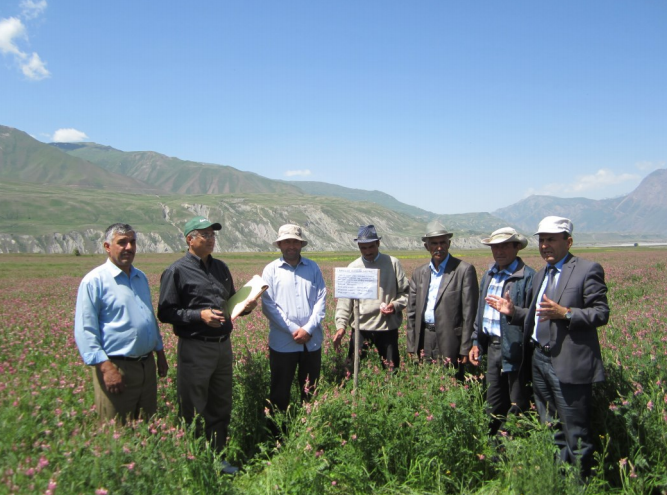