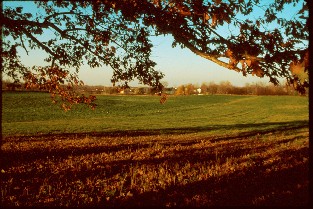 In 1987, all of the buildings and the east 60 acres of the 160 acres were donated to MSU by the Americana Foundation, a Foundation established by Adolph and Ginger Meyer. MSU has access to the remaining 100 acres under a lease agreement with the foundation. Ownership of the property by MSU ensures that Tollgate’s beautiful farm setting will remain free from the effects of the rapid development that is common throughout southeast Michigan. The farm includes 70 acres of open pasture land and hayfields, 40 acres of woods, a pond, an arboretum, beautifully maintained buildings and horticultural demonstration gardens. 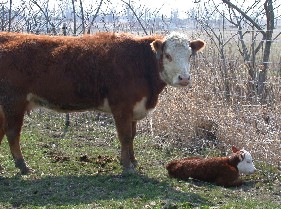 MSU Tollgate Farm has many animals that reside on the property. MSU Tollgate has multiple horses, sheep, goats, and cattle.

MSU Tollgate is an oasis of green in the ever more urbanized environment of southeast Michigan. Of the 160 acres that constitute the MSU Tollgate Education Center, 70 acres are fields and pastures. These open areas are used to produce hay for winter animal feed, serve as summer grazing areas for the horses and cattle and to provide space for the assorted woodchucks, geese, deer and other wild animals that call MSU Tollgate home. 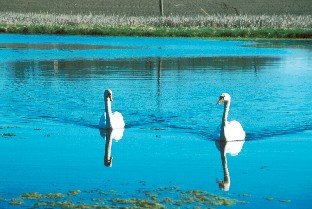 The three acre pond at  MSU Tollgate was dug in the 1950’s to create a holding area for farm water run-off. During the 60’s, 70’s and 80’s the pond fulfilled its role of water retention, and was also used to water livestock, and for fishing and swimming. Over the years, sediments gradually accumulated in the pond so that by 1997 it was only a few feet deep.  The shallowness of the pond made management of aquatic vegetation difficult. So much sunlight penetrated to the pond bottom that weed growth in the pond was thick and unsightly. The decision was made in 1997 to deepen the pond. With a grant from the Americana Foundation, a dredger was hired and the pond was restored to its original depth of 12 feet. To make the pond area more useful and aesthetic, boardwalks and plantings were added around the water.  To preserve the pond, a series of smaller ponds were built during the dredging process to form a constructed wetland. The small ponds of the constructed wetland accept the water run-off from the surrounding land and filter sediments from the water stream before it flows into the main pond.

Currently, the pond area is used for education and for special activities such as the fall fair. The gardens bordering the pond and constructed wetlands have developed into truly lovely and relaxing areas. 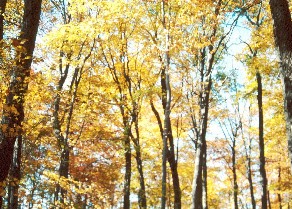 The MSU Tollgate woods are comprised of 40 acres that run along the north and west sides of the property.  Much of the woodlot is now composed of mature beech and maple trees with other species such as red oak, basswood and hickory mixed in. The woods are used now for educational activities such as  the annual maple syrup making project. The woods also serve to effectively buffer the property from development, helping to maintain the farm feel of MSU Tollgate.

Samuel Bassett purchased the land that would one day be Tollgate Farm from the Federal Government in 1831 for $1.25/acre.  The first Bassett family resident of the property was John Bassett, Samuel’s son who moved to Tollgate in 1836.  Originally, John built a cabin on the property constructed from logs that were cut from the farm.  He lived in the cabin with his ever growing family until he built the farmhouse which still stands on Meadowbrook Road, sometime between 1840 and 1855.

In addition to farming, John operated a wagon shop in the area.  John Bassett lived until 1895 when he died at age 79 after being gored by an ox.  The Bassett family continued to farm Tollgate until 1951 when they sold the property to Adolph and Ginger Meyer.

Adolph and Ginger Meyer purchased the land that was to be Tollgate Farm from the Bassett family in 1951.  Almost immediately, they began an ambitious construction program.  During the early to mid 1950’s, the Meyer family added on to the big barn and built two additional barns to house machinery and livestock.  Also during this time period, the pond was created.  In 1956, Adolph Meyer hired a farm manager, Ernie Morris.  Ernie was to be the farm manager of Tollgate Farm for the next 36 years. 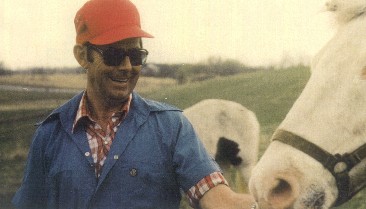 nie and his family grew corn on the property, raised chickens, hogs and cattle. They maintained the property as a working farm. Adolph Meyer strongly believed that people needed to know where their food came from.  They needed to see and understand the needs of the farmer.  He held onto Tollgate Farm even after the Novi area began to become more urbanized so that the people of the area could have a strong association with farming.

Late in their lives, the Meyer family set up a foundation, the Americana Foundation, to continue pursuing some of the interests that they held in life: farmland preservation and heritage furniture preservation.  In concordance with their wishes, Tollgate Farm was donated to Michigan State University in 1987.  As an MSU property, Tollgate Farm is assured of maintaining its open farm character and preserving its rich history. 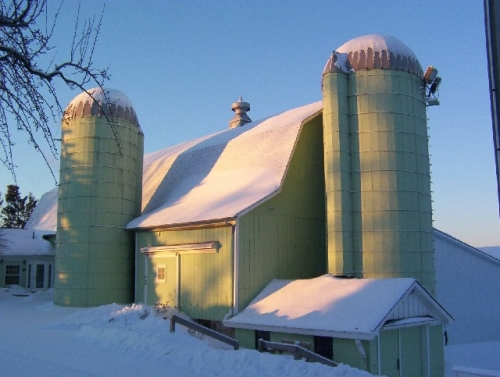 Sixty acres of what was to become the Tollgate Education Center was donated to Michigan State University in 1987 by the Americana Foundation.  The foundation, set up by the Meyer family, was interested in preserving Tollgate from being divided for development.  Although ownership of an additional 100 acres is retained by the Foundation, the entire 160 acres that make up Tollgate is managed as one unit.

The primary activity focus of the early years of Tollgate was preparing the site for its new use as an education center.  The machine shop and the hog barn were converted to conference facilities and offices.  The mid 1800’s era farmhouse was renovated and made into office space and an executive meeting room.  The old dog kennel is now used as an organization center for the Tollgate Garden Volunteers and as office space for MSU Extension staff.

Originally conceived as a 4-H facility, Tollgate has evolved into an education center for people of all ages.  In addition to the southeast regional office, Tollgate houses offices for District Extension Agents, has beautiful conference facilities, conducts classes, demonstrations and research in horticultural and natural resource fields and has many plantings wonderfully cared for by a group of avid garden volunteers.  The Tollgate grounds are open to the public Monday through Saturday from 9:00 a.m. to 8:00 p.m.