Wild Spartans: Conservation and Management of Tribal Natural Resources with Doug Craven; May 2021

In this episode, we will soar the skies and jump into the waters to discover how one Michigan tribe is preserving our natural world. We will talk to a scientist about researching and protecting species with cultural significance. Meet Doug Craven, Director of the Natural Resources Department of the Little Traverse Bay Band of Odawa Indians, learn about his field work and hear about the education and career path he followed to get there. 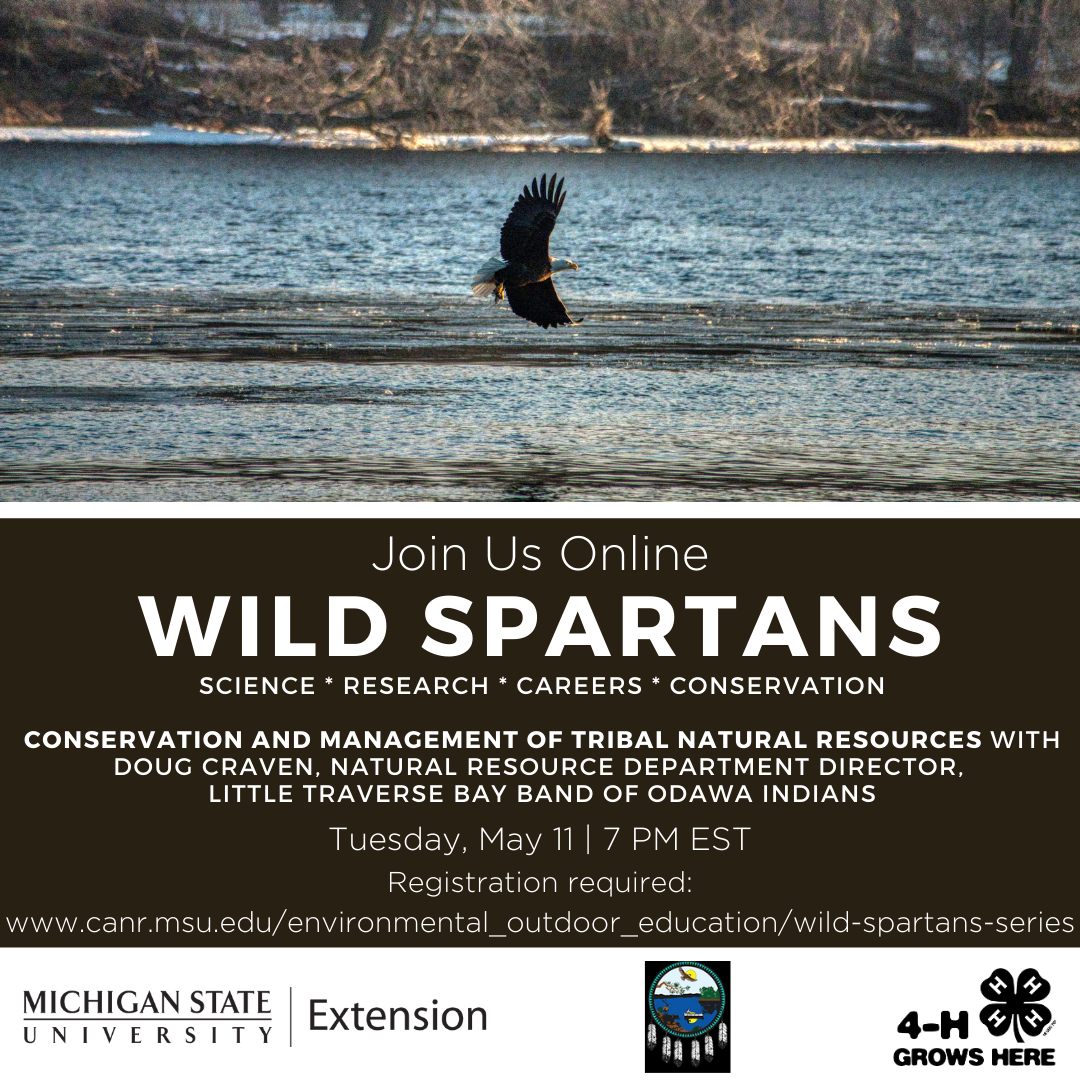