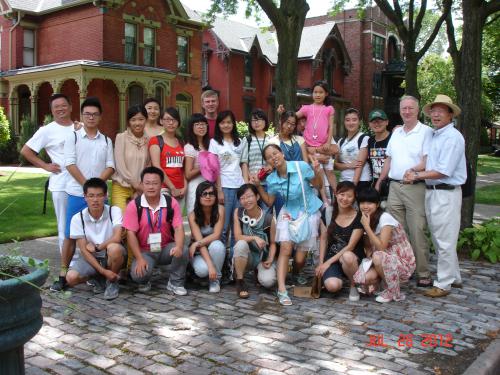 However, many questions remain poorly answered as to whether these programs have been effectively implemented, what their induced socioeconomic and ecological impact are, and how they can achieve greater environmental and economic efficiency. Further, while the country’s leaders have stressed the building of a resource-conserving and environment friendly economy to achieve sustainable and harmonious development, it is unclear how it will accomplish this grand goal. Additionally, these challenges have come at a time when China is undergoing a fundamental economic transition, involving the reform of property rights, land tenure, and governance, and the establishment of market-based mechanisms for policy implementation.

Of course, China’s commitments to environmental conservation and sustainable development are in line with its international obligations and the global initiatives; and China’s lessons and experience will benefit many countries facing similar challenges. Therefore, it is of great interest and broad significance to study the unprecedented challenges in China’s ecosystem services and sustainability. It was based on these considerations that MSU and SFA decided to co-found EPIC in order to spearhead ecosystem policy research in China.

EPIC’s operation is guided by the two cooperating sides and advised by a committee of international experts. Its primary focus will be externally funded projects. In addition to research, EPIC organizes various events to disseminate outcomes, build capacity, and engage stakeholders.

Dr. Runsheng Yin is an associate professor of resource economics and policy at Michigan State University and an associate editor of Forest Science. He received his Ph.D. of forest resource economics from the University Georgia in 1995 and M.S. of forest economics from Beijing Forestry University in 1986. He is a member of American Association for the Advancement of Science, American Economic Association, and Society of American Foresters. His research interests fall into two broad categories – international forestry and forest business management. Included in the former are the impact of economic reform on forestry development, land-use and land-cover change, sustainable forest management, agroforestry, forest products trade, and effects of ecosystem restoration; included in the latter are timberland ownership and forest investment, efficiency and productivity measurement, timber market dynamics, decision making under uncertainty. In additional to many book chapters, he has published over 40 peer-reviewed articles in such journals as World Development, Forest Science, Journal of Environmental Economics and Management, and Canadian journal of Forest Research. His contact information in the U.S. is: 110 Natural Resources, MSU, East Lansing, MI 48824; or (517) 432-3352; or yinr@msu.edu.