Liquid chromatography-mass spectrometry (LC-MS) may sound daunting to most, but it’s music to the ears of scientists — especially those examining pharmaceutical chemicals in water, soil and other natural resources. This advanced technique is designed to identify, characterize and quantify a vast range of chemicals in the presence of other compounds. As an indispensable tool in the lab, LC-MS has helped advance science by combining the physical separation capability of liquid chromatography with the analysis capability of mass spectrometry.

Earlier this year, a state-of-the-art liquid chromatography-tandem mass spectrometer (LC-MS/MS) was installed in the laboratory of Michigan State University (MSU) Plant Soil and Microbial Sciences associate professor Hui Li. It is more sensitive and convenient to use than the instrument it replaced. MSU AgBioResearch contributed funds for the equipment that has been put to full use since its installation.

“MSU AgBioResearch has really helped my career development since I started here in 2005,” Li said. “They helped with infrastructure fund, along with my and Dr. Irene Xagoraraki’s (Environmental Engineering) start-up packages to purchase the first LC-MS/MS equipment. After nine years, AgBioResearch helped pull together funding for this newer state-of-the-art equipment, which is 100 times more sensitive, and has more powerful features compared to the old one in my lab. We have already used this new equipment to measure the trace levels of pharmaceuticals in water, soil, biosolids and vegetables.”

Li routinely collaborates with fellow MSU soil chemists Stephen A. Boyd and Brian Teppen, soil physicist Wei Zhang and soil microbiologist James Tiedje to study environmental fate and bioavailability of organic contaminants including antibiotics in soil and water. The accurate quantification of antibiotics in soil and water using the LC-MS/MS is essential to evaluating their fate and transport in the environment, and assessing their potential risks to microbial communities and humans.

One of the major challenges in this line of research is to identify and quantify the extremely low concentration of antibiotics, considered as chemicals of emerging concern (CECs), in environmental matrices. Li said the new LC-MS/MS can detect the presence of pharmaceuticals in water down to the levels of nanograms (one billionth of a gram) per liter. Boyd, a MSU University Distinguished Professor of Plant, Soil and Microbial Sciences, has been studying soil contaminants since coming to MSU in 1980, with research focus on environmental fate and e?ffects of organic contaminants and pesticides in soil. 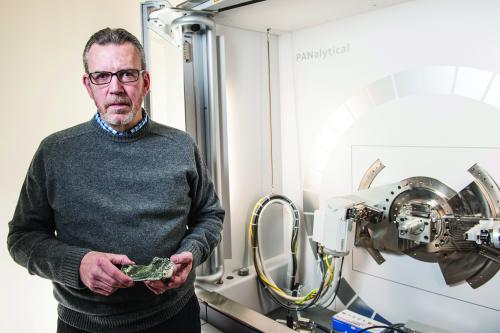 “We can use engineered bacteria as very sensitive detectors of pharmaceuticals such as tetracyclines, to explore the potential biological e?ffects of antibiotics in the environment. That has been a big step forward,” Boyd explained. “On the analytical side, the LC-MS/MS has enabled us to work with more complex mixtures and detect them at lower concentrations, which is important to this line of research on pharmaceuticals in the environment.”

Li said he was prompted to study CECs after a United State Geological Survey (USGS) report released in 2002 showed that 80 percent of stream samples taken from 30 states, including Michigan, were contaminated by pharmaceuticals, hormones and other organic wastewater contaminants. The report grabbed the attention of many, including Li who decided then to shift his major research attention from pesticides and organic contaminants to pharmaceuticals, antibiotics and personal hygiene products.

“I did not realize that pharmaceuticals could be persistent in the environment until I saw the USGS report,” Li said. “Pharmaceuticals are of particular concern because they have high bioactive potentials. They have di?fferent physicochemical properties, and more complicated chemical structures than the conventional organic contaminants. I saw this clearly as an area in need of more scientific information to fill the knowledge gaps, and I wanted to be able to help.”

Plant, Soil and Microbial Sciences Department chair James Kells said the team, which started with Boyd and Teppen and broadened to include Li and eventually Zhang, is doing an admirable job.

“This highly collaborative team of scientists is conducting research that will help promote sustainable agricultural production and protect our environment,” he said. “Their basic work on the sorption and movement of chemical contaminants in soils is very important in the development of eff?ective management strategies. They are developing innovative remediation technologies for clean-up of contaminated sites, with potentially huge savings compared with the conventional practice of disposal in landfills.”

The scientists continue to examine the sequestration and transformation of pharmaceuticals in water and soil. These contaminants are found to be persistent for surprisingly long periods of time. 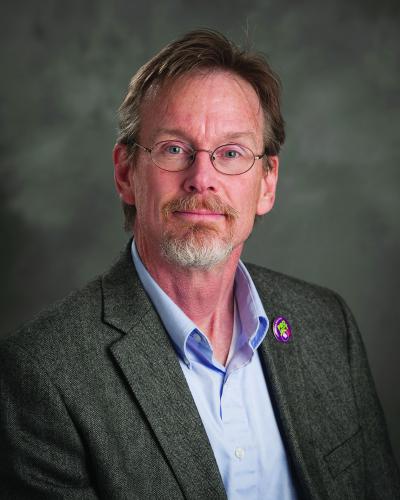 “Pharmaceuticals are designed to stay for a short time, take e?ffect and exit the body,” Li said. “So the assumption is that, when these chemicals get into the environment, they will disappear or last a very short time. But that’s just not the case.”

One concern is that the pharmaceuticals, either in the water system or in land-applied biosolids, can possibly have negative impacts on ecosystems such as enhancing the development and proliferation of antibiotic resistance in bacteria.

Through a project funded by the National Science Foundation, the MSU scientists are exploring the issue of antibiotic resistance as it relates to antibiotics in soil and water. They are mainly focused on tetracyclines — the most commonly used antibiotic in animal feeding operations, accounting for an estimated 40 percent of all antibiotics use in animal agriculture. Their research results indicate that tetracycline specifically the zwitterion species could be the major speciation to exert selective pressure on bacteria such as E. coli for development of antibiotic resistance.

The team of soil scientists has reported the existence of pharmaceuticals in surface runoff? from agricultural fields could be connected to land-applied animal manure.

“Antibiotic resistance really doesn’t recognize any boundaries between humans and animals, it’s all interconnected,” Zhang said. “It is imperative that we better understand the movement of antibiotics in the environment, as well as their distribution and fate in water and soil to address the antibiotic resistance.”

Bioavailability is a concept that describes the movement of an antibiotic substance from an environmental matrix to a living system, and is a key factor linking environmental exposure with the development of antibiotic resistance. Many environmental factors could a?ect bioavailability, such as wet, dry or moist soils, and water chemistry. Thanks to the new LC-MS/MS, MSU soil scientists are better able to determine what types of contaminants exist in the environment and how best to get rid of them, or at the very least — reduce their impact to the environment.