Scientists put attitudes toward tigers on the map

It’s easier to feel positive about the endangered tiger in your backyard if you live on the good side of town.

Researchers at Michigan State University (MSU) study what influences people’s attitudes toward the tigers that share their neighborhood in Nepal’s Chitwan National Park, home to some 125 adult tigers. In the scientific journal AMBIO, the researchers took a novel approach to putting people’s attitudes on a map.

“Harmonizing human-wildlife relationships is key to sustainably conserving wildlife such as the endangered tigers,” said Jianguo “Jack” Liu, MSU’s Rachel Carson Chair in Sustainability, director of the Center for Systems Integration and Sustainability (CSIS) and an author of the article. “People’s attitudes towards tigers shape the fate of tigers.”

Neil Carter, a PhD student at CSIS who has spent years studying how people and tigers co-exist in Nepal, created a map of attitudes toward tigers – a clear plotting of the haves, the have-nots, and how social status shapes different views of wildlife conservation.

The work, a survey of 500 Chitwan residents, finds that it’s not so much the contact a person has with a tiger – a scare, an attack, losing livestock. Rather, it’s the person’s social and economic status. Neighborly feelings toward carnivores, they find, is something of a luxury.

The area studied is a 100-square mile chunk of forest and settlements on the west side of Chitwan. The 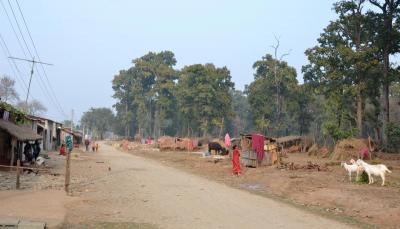 people there who report they support protecting tigers are in the more prosperous east side of that area. Those neighborhoods are comparatively urban – home to those who are more economically secure, have more clout with the local government and have more resources beyond just those the forest provides.

When surveyed by Carter and his colleagues, the more privileged people of the east were more likely to report positive attitudes toward tigers. These people tend to benefit from tigers – they work as guides or porters for tourists, for example. They’re more educated, likely giving them a broader perspective of how tigers fit into environmental health.

“We found that it seems to be a matter of control,” Carter said. “When you feel that you can control your surroundings and influence the world around you, then you tend to be more positive about what’s in the forest.“

Residents of the study area’s more rural and isolated west side depend more directly on forest for sustenance. That daily dependence, Carter said, not only makes them more vulnerable to tiger attacks, but also makes conservation regulations more burdensome and fuels tiger intolerance. 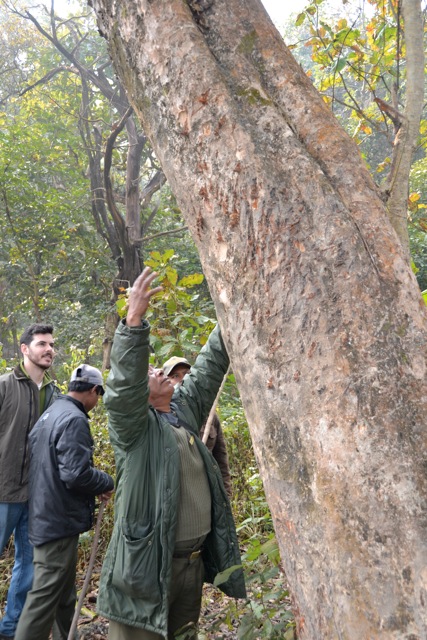 “This is important to know from a wildlife conservation standpoint,” Carter said. “There’s reason to expect people on the west side to be less compliant with conservation policies, for example, by killing tigers in retaliation to attacks or to harbor poachers.”

Nepal’s lessons shed light on what makes or breaks conservation efforts all over the world where people live next door to wolves, coyote, bears – animals that inspire fascination and fear. Conservation depends on human buy-in. Carter said this work would allow conservation managers to create maps of attitudes toward many other wildlife species.

“It surprised me how powerful the effect of the social, cultural and economic factors had on their attitudes,” Carter said. “This is showing us that conservation is not just the wildlife issues. It’s very much about managing people and their needs, and knowing where to focus attention.”

In addition to Carter and Liu, “Spatial Assessment of Attitudes on Tigers in Nepal” was written by Shawn Riley, an MSU professor of fisheries and wildlife; Ashton Shortridge, MSU associate professor of geography, and Binoj Shrestha, who now is a researcher at the Institute for Social and Environmental Research – Nepal.

The work was funded by the U.S. Fish and Wildlife Service Rhinoceros and Tiger Conservation Fund, the National Science Foundation and fellowships from MSU and NASA’s Earth and Space Science program.

Spatial Assessment of Attitudes Toward Tigers in Nepal