A different kind of oil: Studying Nannochloropsis as a biofuel source

Christoph Benning and his lab have been studying the genome of N. oceanica to assess its biofuel potential and, specifically, to compare it to the capabilities of yeast.

The search for sustainable sources of clean biofuels has led researchers to examine a wide array of organisms from across the entire biological spectrum. Corn, soybeans, a range of grasses and trees grown solely as energy crops and even animal fat have all been looked at. Recently, this search has taken scientists into the depths of the ocean, where oil-producing algae have offered new possibilities. Algae have become an attractive fuel source because they produces little in the way of greenhouse gases, require less land than other biofuel crops and do not compete with food production, which has been a challenge to using crops such as corn. In 2008, the U.S. Department of Energy estimated that replacing all petroleum fuel in the country with algae-based fuel would require only 15,000 square miles, or approximately 0.42 percent of the land area of the United States. 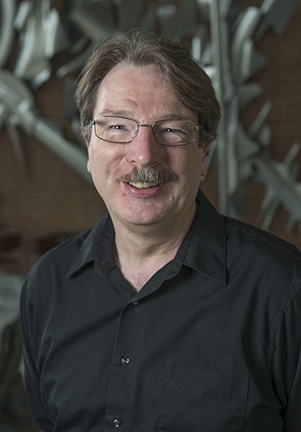 One alga genus that holds promise is Nannochloropsis. Various species of Nannochloropsis are currently used primarily as energy-rich food sources for fish larvae. Their ability to generate high quantities of lipids (naturally occurring fats), and other molecules used for energy storage, coupled with rapid growth rate, make them ideal biofuel candidates. One particular species, Nannochloropsis oceanica (N. oceanica), is being studied as an example of algae’s biofuel potential.

“I was consulting for an algae biofuels firm for around three years, and in that time I could see the biotechnical application of this species,” said Christoph Benning, Michigan State University (MSU) AgBioResearch scientist. “Seeing its potential made me think it was a good organism to study in an academic environment.”

Benning, an MSU professor of biochemistry and molecular biology, and his lab have been studying the genome of N. oceanica to assess its biofuel potential and, specifically, to compare it to the capabilities of yeast. (Yeast microbes consume sugars in plants and convert them into ethanol, which can then be used as fuel.)

“There were early indications that this algal species could be engineered in similar ways as yeast,” Benning said. “We were looking for an organism that was capable of photosynthesis and had the same toolbox as yeast. Nannochloropsis gave us a promising candidate. We sequenced its genome and determined that new genes can be easily introduced into it.”

The organism’s great potential for the biofuel industry is only part of the story -- Benning’s research is also helping prepare a new generation of scientists.

“This is like working on a real crop,” he said. “It’s important both to academic researchers and to companies, so it’s like killing two birds with one stone. We’re training our students for the emerging bioeconomy, giving them the skills the industry is looking for.”

N. oceanica presented Benning’s lab with an ideal candidate for genetic analysis. With approximately 12,000 genes, its compact genome is smaller than that of other algae, which makes it easier to study. This genetic simplicity also renders it more malleable, a characteristic that Benning hopes to take advantage of as he aims to increase its already high oil production.

“In the long run, we are going to attempt to perform synthetic biology on this organism -- meaning we are going to try to exchange entire gene pathways and reengineer the entire organism,” he said. “Less complex is better for that kind of work.”

The benefits of unlocking N. oceanica are far-reaching and varied -- it offers advancements not only for algal biofuels but also for agricultural biofuels and medicine.

“We feel that this organism is highly geared toward making lots of high-energy compounds,” Benning explained. “This species makes huge lipid droplets -- that is, huge quantities of healthy fish-type oil. We want to find out how it does it so that we can transfer those genes to other plants. It would be very useful to be able to apply this to grasses, for example, to increase the energy density of those crops.

“We’re exploring its potential for producing drugs as well. Using synthetic biology, we’re collaborating with four European labs to reassemble Nannochloropsis oceanica’s pathways and develop a cancer treatment drug. That’s the dream of the future -- to be able to make not only bulk, high-energy biofuels but also high-value medicines.”

This dream is already one step closer to reality. Benning has produced a draft of N. oceanica’s genome and is now refining it to proceed in unlocking the true potential of this organism once considered merely fish food.