Diverse biofuel plantings such as native prairie attract more beneficial insects than do single crops such as corn, MAES scientists find. Biofuel policies should take such added value into account, they urge, based on their pioneering studies of beneficial insects in biofuel crops.

Lady beetles, bees and other beneficial insects provide numerous ecosystem services, including controlling pests and pollinating crops. Earlier research by MAES scientists estimated that predator insects in soybeans provide about $240 million worth of biological pest control per year in the United States.

"We found that the diversity of the plants has a direct effect on the number and diversity of beneficial insects," said Doug Landis, MAES entomologist and co-author of the study, which is published in a special issue of the journal BioEnergy Research. "As policymakers consider which biofuel crops to support with incentives, we want to make sure they know about all the benefits provided by a range of crops. Some of these benefits, such as greenhouse gas benefits, pest suppression and pollination, are not currently being counted." 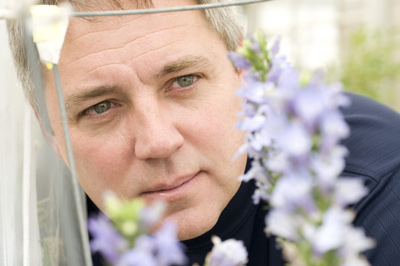 "While there were similar numbers of bee species in each crop, the abundance of bees was three to four times higher in switchgrass and native prairie than in corn," said Rufus Isaacs, MAES entomologist and study co-author. "There has been concern in the United States about declining numbers of pollinators. As policies are developed to increase production of cellulosic biofuels, it's important to know how the type of biofuel crop affects the environment and biodiversity, as well as how much fuel it can produce."

Landis and Isaacs cautioned that if switchgrass is managed as a biofuel monoculture, some of the plant diversity they observed in their study fields could be lost, making the crop less suitable for beneficial insects.

Both Landis and Isaacs are members of the Great Lakes Bioenergy Research Center. That partnership between Michigan State and the University of Wisconsin-Madison is funded by the U.S. Department of Energy to conduct basic research aimed at solving complex problems in converting natural materials to energy.

"This is the first step in a series of studies aimed at characterizing biofuel landscapes of the future, landscapes that are economically and environmentally sustainable," Landis said. "This research suggests that monocultures probably won't offer the long-term benefits that more diverse landscapes will. The next step in our work will be to put a value on the services beneficial insects provide. We'll be measuring how much predation and pollination is taking place." 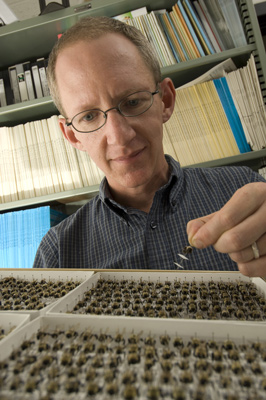