“One Team” Approach to Accelerating Technology Adoption in Myanmar

Combining farmer, research and extension expertise toward a sustainable and profitable agricultural sector in Myanmar

Zaloke Center is a research farm in the Dry Zone of Myanmar, a plain in the Western Central part of the country that receives little rain, but where agriculture is the main economic resource. Zaloke is a typical research farm, one of 24 in Myanmar, with barbed wire fences, square parcels forming a perfect checker board bordered by well-maintained dirt roads, and with a dedicated cemented area for a brand-new threshing machine. Until recently the station had limited collaboration with either extension workers or farmers. This is about to change as Zaloke has been chosen as the lead regional research center for Sagaing Region - Myanmar’s first agricultural research decentralization pilot program, launched in February 2018.

The Sagaing Regional Research Center initiative is one of a set of recommendations to reform Myanmar’s agricultural research system. The recommendations were developed by a Department of Agricultural Research (DAR) task force in collaboration with the Myanmar Food Security Policy Project, an associate award under the Feed the Future Innovation Lab for Food Security Policy (FSP). Professor Duncan Boughton, FSP Chief of Party in Myanmar, explained to the local authorities how “Extension staff, scientists and farmers should make one team. Each of us knows something that the other doesn’t know. We need to talk to each other to be successful.” The new pilot program aims at creating collaboration between farmers, scientists and extension staff to identify and address farmers’ needs and implement effective and sustainable solutions that will strengthen agricultural productivity. The main focus is on the development and adoption of improved varieties and crop management practices such as fertilizers, irrigation, and seeds. Experience in many countries has shown that when farmers, researchers and extension work together to evaluate improved technology it is more likely to be adopted on a sustained basis. 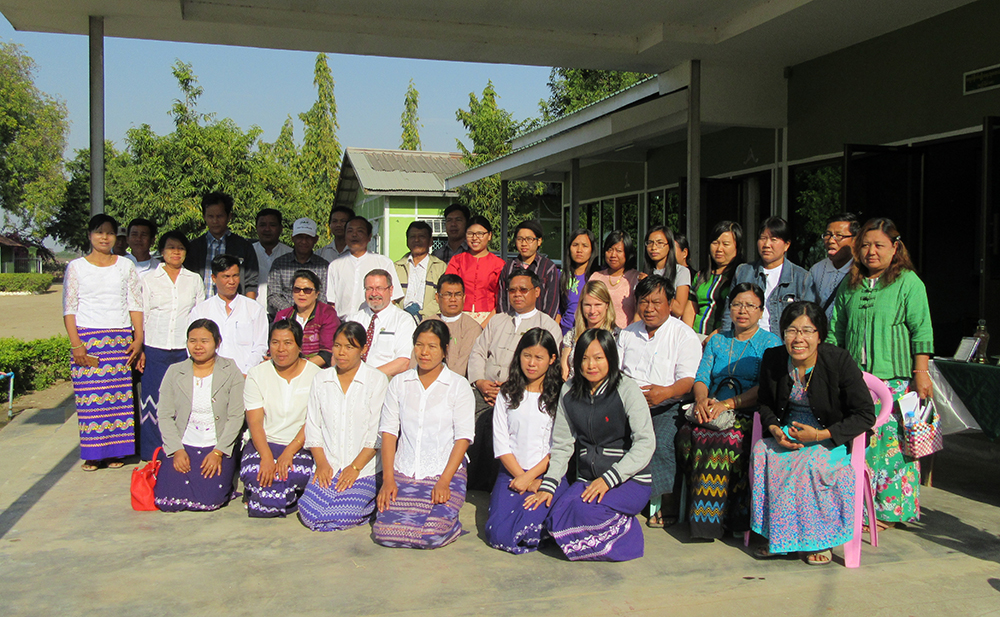 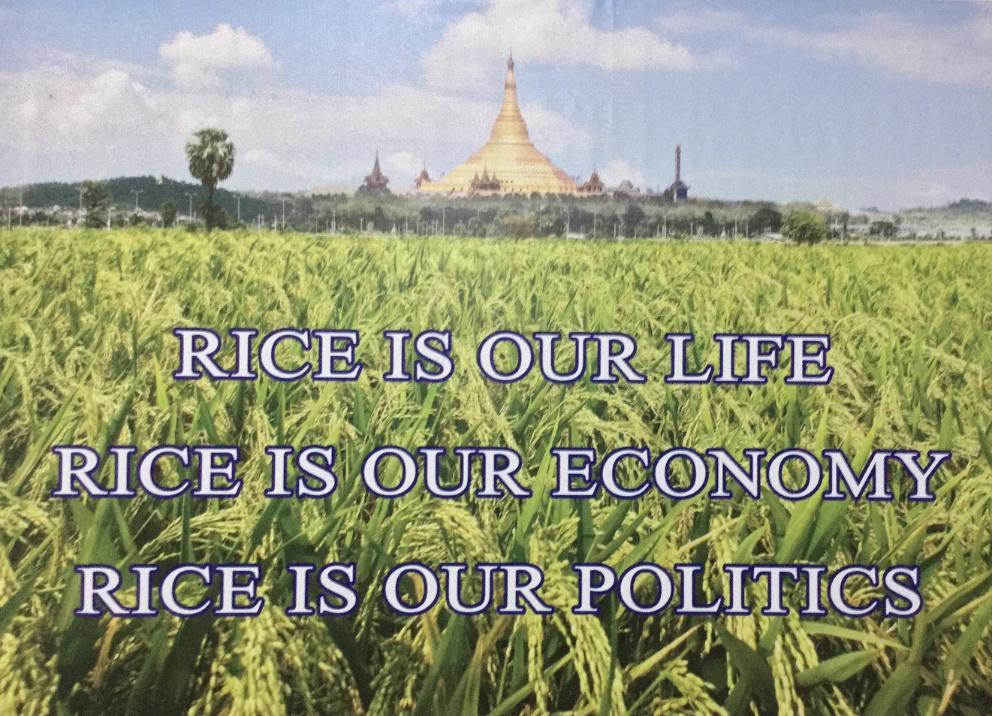 There are many challenges to implement such collaboration, especially in Myanmar where there is a strong social and professional hierarchy, and a 50-year-old history of military dictatorship following independence from Great Britain in 1947. The entire country’s agricultural strategy focused on rice production for self-sufficiency and exports, with slogans such as “Rice is our life, rice is our economy, rice is our politics.” For decades, farmers had no choice on the crop they could grow. Breaking the law by growing other crops could result in land confiscation from the government (see FSP article “Freedom of Crop Choice Brings Prosperity to Myanmar’s Farmers”).

Scientists, most of them from the Department of Agricultural Research in Yezin (near the new capital city of NayPyiTaw), had to follow a very crop-focused and top-down process to define their research activities. They received directives from the former Ministry of Agriculture and Irrigation who then transferred results to the Extension services who ultimately would go to the farmers. There was no dialog among the stakeholders involved.

At a time of political and societal change following the 2015 election that recast the political regime, it takes several steps toward building a new kind of relationship between farmers and government employees. “Changing mind set” is an expression frequently used in conversations, and applies to individuals as well as organizations, and overall politics. FSP’s project aims at contributing to the process by facilitating discussions and collaboration between all stakeholders.

The launch of the Sagaing Regional Research Center pilot program on February 20th, 2018, began with a two-day meeting at Zaloke Center to bring local government officials, extension services and scientists together, before going to meet farmers in the villages. The goal of this meeting was to engage all parties to develop a joint approach. To help everyone get to know each other, Phyu Hninn Nyein from Proximity Designs, a local NGO, organized an ice-breaker exercise and gave a presentation on “participatory survey design.” IFPRI scientist Kristin Davis, director of the Feed the Future Developing Local Extension Capacity project, who has extensive experience working with extension services worldwide, led a brainstorming session based on shared experiences. It demonstrated how well the extension staff knows the farmers, but their previous experience with surveys was with quantitative questionnaires. A lot of attention was given to the format for conversations with farmers (keep the list of topics short), timing (do not talk to farmers when they’re busy working in the fields, especially during the cool morning hours), and selection of the villages and farmers. Working with a group of farmers might not be as effective as conducting individual interviews: “You get one village, one answer.” How are we then getting individual responses and not collective answers “to please the government?” Questions about changes on the farm over time might help get to the core issues. 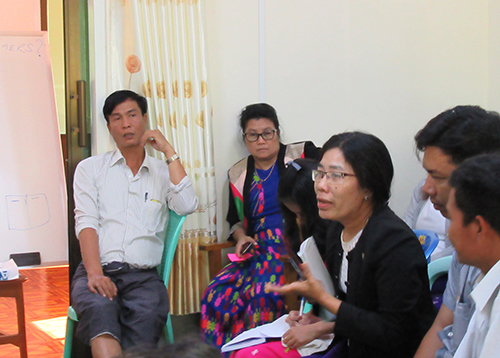 Su Su Win, a soil scientists and head of the DAR Task Force on research system reform, explained that farmers didn’t seem interested in their newly developed seeds, but she didn’t know quite why. On her first day talking with farmers, she gained an immediate insight on the issues—and was so happy about it!: “We (I myself) always think that all rice farmers will love high yielding rice varieties with short stem, short durations and will like a combine-harvester. NO! ABSOLUTELY NOT! Farmers said they would like to get machine like harvester in the fields, and then carry all the things to another place where a thresher will be used to get the grain. This is because a combine-harvester cuts the stems and threshes in the field, and leaves all stubble there. For the farmers, the straw is important to feed the cattle. We can see heap of cow dung in each house. They apply it back to the field and some sell the cow dung.” Dr. Su Su Win also gained valuable information on well water and salinity issues, a major problem for Myanmar’s irrigation plans.

Following the meetings with farmers, researchers and extension workers plan to work together with farmers to evaluate the performance of new varieties on farmers’ fields (not just on the research station as before), compare improved seed multiplication practices with farmer practice, and undertake detailed monitoring of farmers’ practices to understand factors affecting yield and profitability. As the Sagaing Regional Research Center pilot survey progresses, we look forward to discovering what other insights collaboration will bring, and how these results can guide research and policy makers in reforming Myanmar’s agricultural landscape. 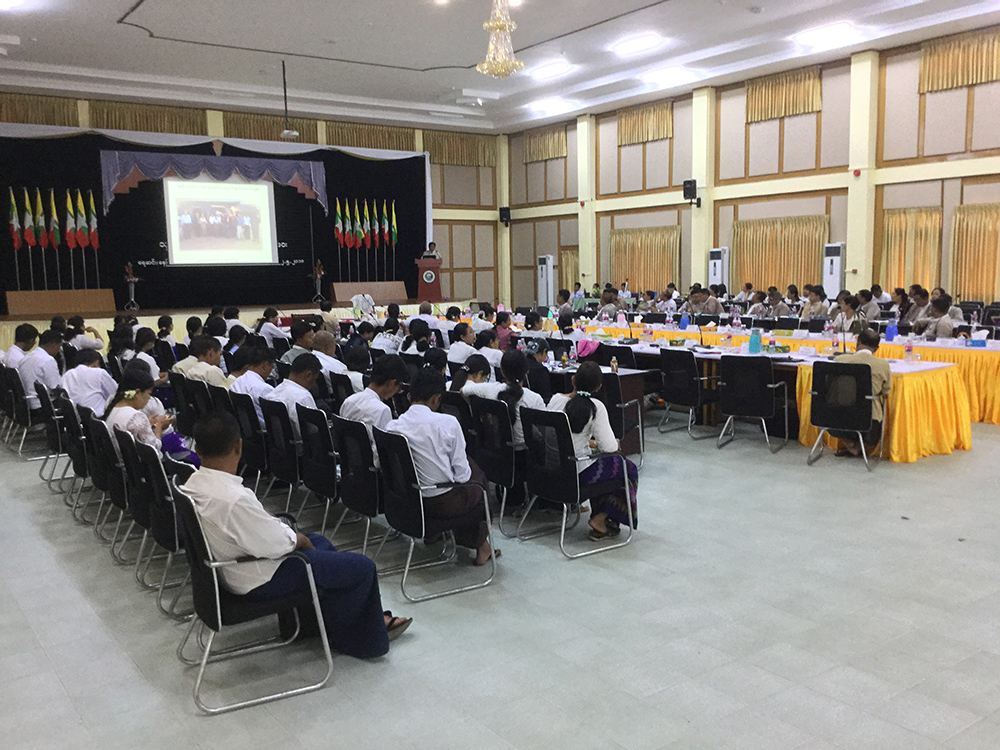 Role of Food Security Networks in the Policy Process: Lessons from Developing Countries

Harvesting the Future: Reform and Renewal of Myanmar’s Research and Extension System