Marianna Szucs, assistant professor in the Michigan State University (MSU) Department of Entomology, is captivated by the interconnectedness of living things and the earth.

“I just love nature,” Szucs said. “I’m fascinated by organisms and the natural world, that’s what drew me to this field.”

This passion for nature has guided her career path studying geography, geology and entomology. 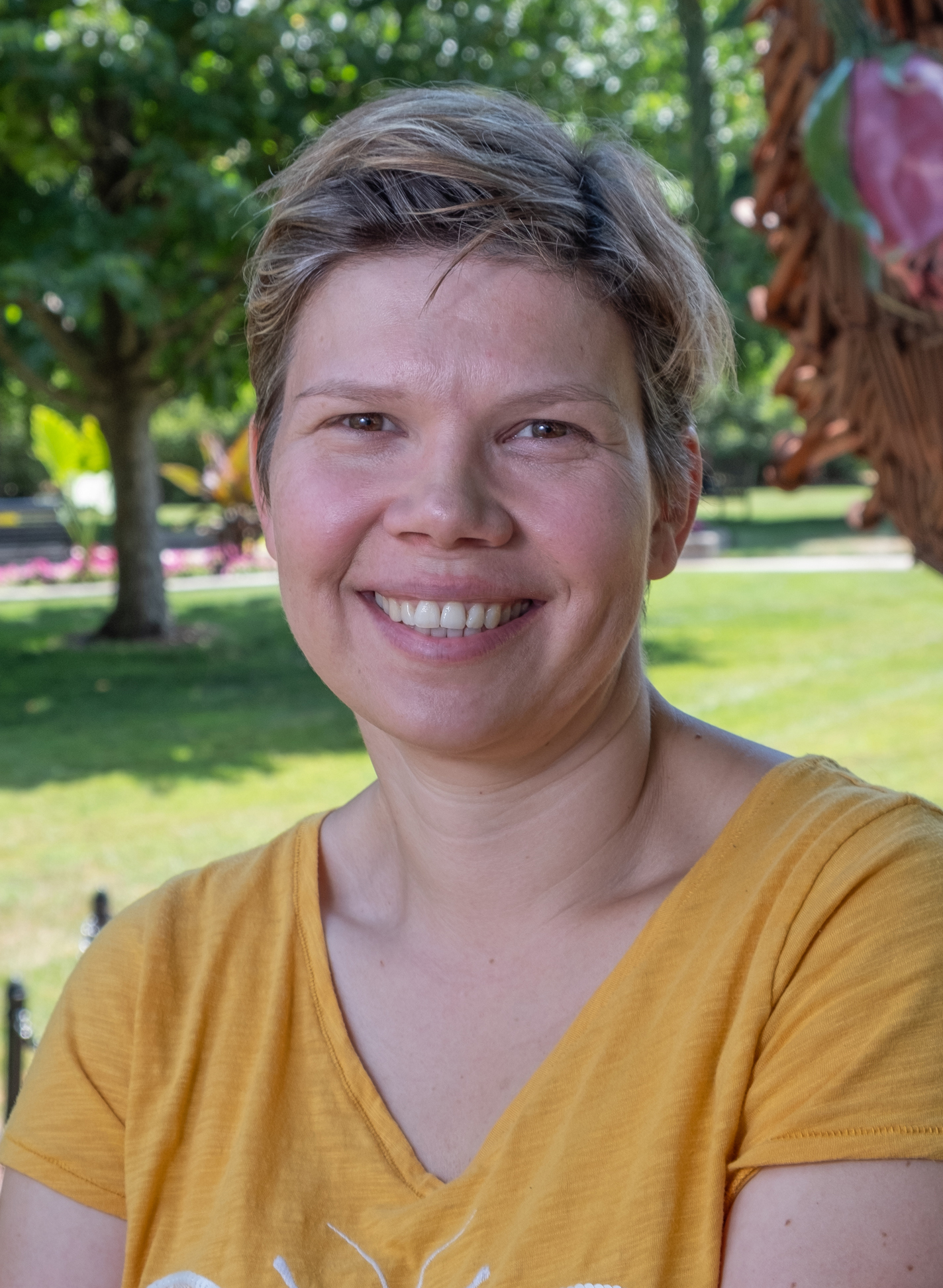 “I just went with the flow, and this is where it led me,” she said. “I would probably do it all over again – with small modifications of some mistakes I made. But I think the paths I chose worked out pretty well, and I am happy.”

Her research focuses on the biological control of invasive weed and insect species – she works to find natural solutions to dealing with new pests.

“Biological control is essentially about restoring the balance that existed in the native environment, where invasive species had enemies that fed on them so they were not that vigorous,” Szucs said.

Some of her current work focuses on the brown marmorated stink bug. Originally from Asia, these small, shield-shaped insects feed on fruits, vegetables and ornamental crops. Szucs’ team has managed to capture a natural enemy of stink bugs, the Samurai wasp.

"The Samurai wasp will lay its eggs inside the eggs of the stink bug,” Szucs said. “The parasitoid larvae that hatch use the stink bug embryos for nourishment, so wasps will emerge instead of stink bugs.”

Just like the stink bug, other invasive insect and weed species can thrive when they are introduced to new environments without natural predators. Szucs works with land managers and commodity groups to identify these species and to explore new biological control options.

“Biological control is a field that has a lot of potential, but it still needs a lot of research to actually fulfill that potential,” she said.

Why I chose my field of study: It chose me. I always knew I liked biology, I just didn’t know what aspect to study. After I finished my degree in geology, I was ready for more biology. There was a biological control program for an invasive pest of corn introduced to Europe from the U.S., and they needed researchers who spoke English and German. I started working as a research assistant, and it was just fascinating!

Muse (person who has influenced or inspired me): Growing up, I watched many documentaries by David Attenborough. They made me want to study nature, so they had a huge influence on me. I feel like my postdoctoral adviser at Colorado State University shaped me the most to be the scientist that I am today. Of course, I’ve learned a lot from other faculty that I’ve met along the way.

On my bucket list: Traveling to New Zealand and Bora Bora. I’d like to hike both islands of New Zealand to see the unique flora, fauna and beautiful nature.

Favorite type of vacation: Mostly the hiking kinds, but there’s something to be said about lying on the beach and doing nothing. I like to combine things.

On a Saturday afternoon, you’ll likely find me: Probably curled up with a book. I’m also learning to bake bread, and I like baking cookies and cakes. We have a big garden – it’s never ending – so that’s fun. I taught myself how to sew from YouTube. I do some crafting, and I dye my own fabric. I have so many options to choose from. 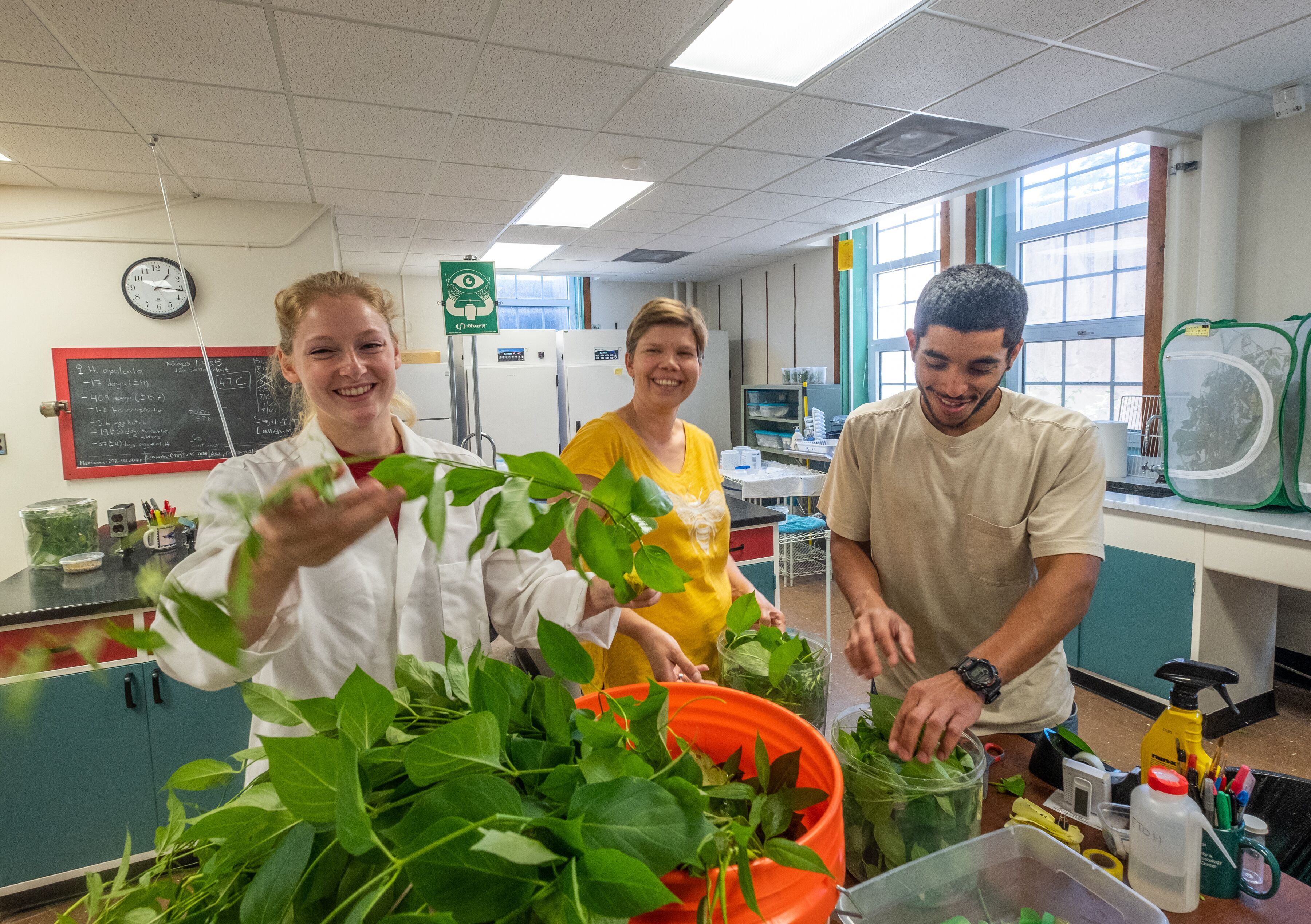 Best part of my job: I really like meeting new researchers, being exposed to new ideas, passing along those new ideas to students and seeing that spark in their eyes when they realize something they didn’t know before. There are a lot of things that make me happy about this job.

If I wasn’t a researcher, I’d be: A science fiction writer. I’m not sure I’m qualified, I just read so much of it.

Something many people don’t know about me: I have a master’s in geology. I like nature, and geology is a part of it. I feel like everyone should know more about earth sciences. It’s what biology builds on.

Check out the Entomology B.S. program!

From the Ground Up

MSU working together for a better tomorrow.