Global sustainability is like a high-stakes jigsaw puzzle – and an international group of scientists have created a new framework to assemble the big picture without losing pieces.

Scientists led by Jianguo “Jack” Liu, Michigan State University’s Rachel Carson Chair in Sustainability, have built an integrated way to study a world that has become more connected – with faster and more socioeconomic and environmental interactions over distances. They say “telecoupling” describes how distance is shrinking and connections are strengthening between nature and humans.

In the new issue of Ecology and Society, Liu, director of MSU’s Center for Systems Integration and Sustainability (CSIS), and his colleagues lay the groundwork to understand how an action on one side of the world has enormous socioeconomic and environmental consequences thousands of miles away – and how it doesn’t stop there. Telecoupling shows how environmental and socioeconomic actions lead to reactions and feedbacks – and then to more repercussions that reverberate globally.

For a world struggling to balance the needs of people and the environment in the face of critical challenges like climate change, food security, water security, energy security, environmental pollution, poverty, biodiversity loss and species invasion, Liu says an integrated framework of telecoupling is essential.

The article “Framing Sustainability in a Telecoupled World” lays out a comprehensive telecoupling framework – a map for the trip to sustainable development across the world.

The authors use the trading of soybeans as an example of the far-reaching complexities that result. 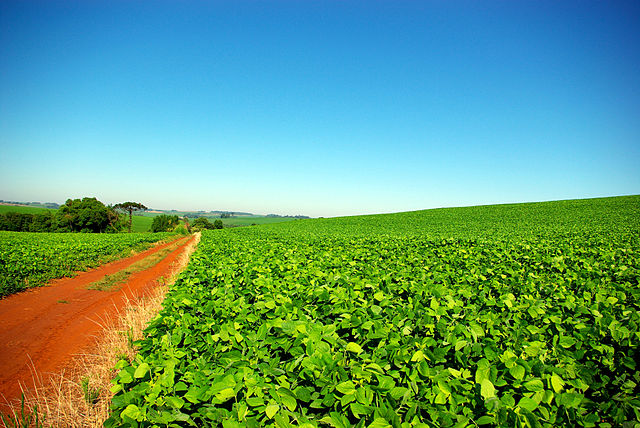 Systems are where humans and nature interact. Explosive growth and increasing urbanity has sent the Chinese shopping elsewhere for soybeans. Brazil has stepped up to the plate to meet the demands and has suffered environmental consequences as delicate rainforests are converted to farmland. China, on the other hand, has been converting farmlands back to forests.

The telecoupling framework tracks how one change leads to another and can spill over into other countries. For example, the United States found itself losing market share in soybeans, leading to economic repercussions and environmental changes as farmers shifted gears.

Flows are the materials, information and energy that pass back and forth between systems. China and Brazil have trade agreements, financial transactions and the use of fuel and water to grow and transport the beans.

The telecoupling framework also factors in the actions of agents – the individuals, decision-make groups, or even herds of animals -- whose actions have an impact, big and small, what they do in China can resonate in Brazil and visa versa -- or somewhere in between.

Then there are causes and effects – supply, demand and the cultural tastes that drive demand are among many causes. Effects can be the impact of insecticides and fertilizers used to grow the beans in Brazil or displacement of farmers in China who no longer grow soybeans due to the lower price of soybeans from Brazil.

The point, Liu said, is that everything everywhere needs to be factored in.

“This is a big step to figure out how to quantify everything everywhere, but it’s important,” Liu said. “The telecoupling framework not only allows us to understand socioeconomic and environmental sustainability in one place, but it enables us to evaluate sustainability in all relevant places simultaneously.

“It provides a useful foundation to protect our environment while allowing people to thrive globally.”

The work was funded by the National Science Foundation, U.S. Department of Energy, Michigan State University, and Michigan AgBioResearch.

Framing Sustainability in a Telecoupled World

Nature News & Views - We can have biodiversity and eat too

AMBIO: The metacoupled Arctic: Human–nature interactions across local to global scales as drivers of sustainability