Dr. Lawrence L. Boger served as the 14th president of Oklahoma State University from June 15, 1977, until June 30, 1988.  The Indiana native’s college education was interrupted by World War II, where he served overseas with the 26th Division, was wounded in action and received a medical discharge.  He was decorated with a Presidential Citation, Bronze Star, Purple Heart and ETO Ribbon with stars, and earned the Combat Infantryman’s Badge.

His distinguished career at Michigan State University began in 1948 when he joined the faculty, attaining the rank of professor and chair of the Department of Agricultural Economics from 1954 to 1969. He was named dean of the College of Agriculture and Natural Resources in 1969, and prior to coming to OSU in 1977, served two years as Provost and Vice President of Academic Affairs. He has served on several commissions and committees of the National Association of Land-Grant Colleges and Universities, and in 1980 was selected by the Agriculture Council of America to represent the land-grant system, and for his expertise as an agricultural economist to serve on a Blue Ribbon Committee to develop recommendations on how the U.S. could maximize its farm exports over the next decade.

Recognizing the importance of Oklahoma State’s upcoming centennial celebration in 1990, Dr. Boger began his plans, and called together 100 distinguished state and national leaders as a Centennial Advisory Commission and to help lead the university into the next century. In 1992 he was appointed to the Board of Governors and the Board of Trustees for the OSU Foundation.  He spearheaded the first major capital fund drive, which resulted in the Noble Research Center for Agriculture and Renewable Natural Resources. Under his administration, more than a dozen new buildings were constructed.

Under Boger’s guidance, OSU became a major participant in the consortium to initiate and staff the University Center at Tulsa.  He also helped create state support for the Oklahoma Center for the Advancement of Science and Technology, an organization devoted to encouraging faculty research through grants.  He was appointed by the governor to the Oklahoma Science and Technology Advisory Committee to develop a plan to strengthen Oklahoma’s economic development through technological innovation.

He chaired the board of the National Center for Food and Agricultural Policy, and his national service included years of leadership on the boards of the American Agricultural Economics Association Foundation, the National 4-H Council, and the Science and Technology for International Development of the National Research Council.  He was a member of the Stillwater, Oklahoma City, and Oklahoma State Chambers of commerce, Phi Kappa Phi, Sigma Xi, Alpha Zeta, Pi Mu Epsilon, Oklahoma Heritage Association, Blue Key, and Omicron Delta Kappa, and is listed in “Who’s Who in America” and “American Men of Sc

President Emeritus Lawrence L. Boger died in 2001 in Stillwater after a six-year battle with acute myeloid leukemia.  He was married to the former Frances June Wilbur, and they have two children, Richard Lee Boger of Atlanta, and Judith Boger Schlimpert of Stillwater. 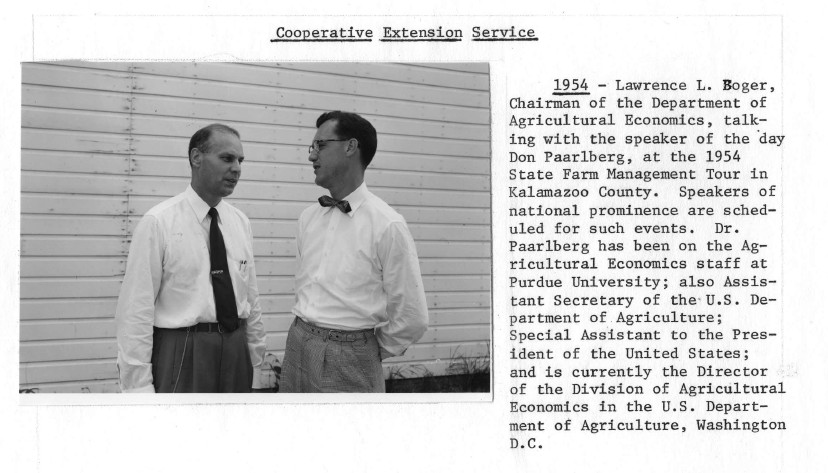 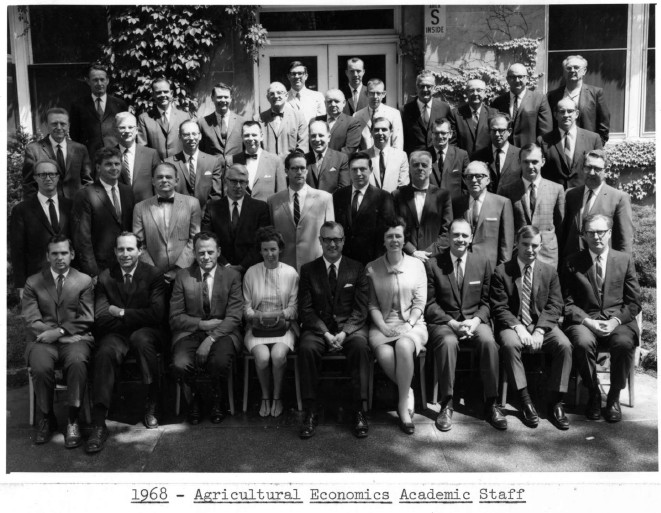 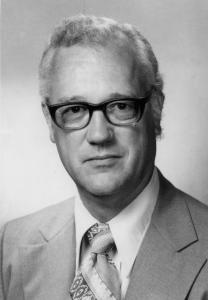