James T. Bonnen, Professor Emeritus of Agricultural Economics at Michigan State University. Born in Brookings, South Dakota on March 11, 1926, James Bonnen received his primary and secondary education in College Station, Texas. While still too young for full military service, Bonnen volunteered for the U.S. Navy. In July 1943, he was assigned to the Navy’s wartime V-12 Officer Training Program at the Southwestern Louisiana Institute (now the University of Louisiana at Lafayette), and in March 1944 he was transferred to the Naval ROTC program at Tulane University. After being commissioned as an Ensign in October 1945, he served on Eniwetok (now spelled Eniwetak) Atoll in the north Pacific theatre from December 1945 to June 1946.  After serving in active duty in the U.S. Navy from 1943 to 1946, he continued to serve in the U.S. Navy Reserve until he retired in 1988 with the rank of Commander.

After returning from active military service at the end of World War II, Bonnen earned a bachelor’s degree in economics from Texas A&M University (1948). He completed an M.S. degree in economics at Duke University (1950) and a Ph.D. in economics at Harvard University (1964) working with Professors John D. Black, John Kenneth Galbraith, and Carl Kaysen. During his time at Harvard, he also served as a Resident Tutor in Adams House. Bonnen won the American Farm Economics Association Award for Outstanding Ph.D. Thesis in 1957 on the topic of “United States Agricultural Capacity: A General Equilibrium Model of American Agriculture for 1965.”

Bonnen joined the Department of Agricultural Economics at Michigan State University in 1954 and retired from the University in 1996. Throughout his career of teaching and research he focused on issues of public policy, primarily for rural development and for agriculture. His first area of research focused on production adjustment problems in the agricultural sector (Black and Bonnen; Bonnen and Cromarty, 1958; Bonnen, 1965; Bonnen and Schweikhardt). Closely related to that work was his second area on research policy and the role of technological change in economic development (Bonnen, 1962, 1983, 1986; Schweikhardt and Bonnen; Johnson and Bonnen). In addition, his research on agricultural adjustment problems led to work on problems of rural poverty, particularly rural poverty issues related to the transformation of the agricultural sector in the economic development process (Bonnen, 1966, 1968, 1987, and Bonnen and Browne).

Finally, a major topic of research throughout his career focused on the organization and coordination of economic data systems, particularly agricultural data systems (Bonnen 1975, 1977, 1982, 1984, 1988; Bonnen, et.al. 1972; Bonnen, et.al.; Riemenschnieder and Bonnen). This work reflected his interest in the development of agricultural data systems that began with his father’s generation of agricultural economics. His father, Clarence A. Bonnen (B.S. and M.S., University of Illinois, PhD. coursework at the University of California-Berkeley), a professor of agricultural economics at Texas A&M University, conducted pioneering work in data collection on farm management and production economics [in cooperation with the Bureau of Agricultural Economics (now Economic Research Service) of the USDA.]. James Bonnen’s work in this area often required the collaboration of economists, statisticians, and organizational theorists to address the problems of coordinating national data systems. In 1972, he was appointed Chairman of the first Committee on Economic Statistics of the American Agricultural Economics Association (Bonnen et. al. 1972),

Bonnen helped to guide the formation of policy affecting American agriculture through his work as a teacher/mentor, and as a consultant to industry, government and foundations. He served as Senior Staff Economist with the President’s Council of Economic Advisers in 1963-1965, as a member of the President’s National Advisory Commission on Rural Poverty in 1966-1967, and as Director of the President’s Federal Statistical System Reorganization Project in 1978-1980.  He was also a member of the National Advisory Committee to the Institute for Research on Poverty at the University of Wisconsin, and chairman of various committees of the American Agricultural Economics Association and the American Statistical Association. From 1968 to 1971, he served as Director of a study on “The Role of the University in Public Affairs” sponsored by the National Association of State Universities and Land Grant Colleges and the Carnegie Corporation.

Throughout his career, Bonnen served on numerous committees of the National Academy of Sciences. The reports of these committees included Rural America in Passage: Statistics for Policy (1981), Private Lives and Public Policies: Confidentiality and Accessibility of Government Statistics (1993), The Bureau of Transportation Statistics: Priorities for the Future (1997) and Sowing Seeds of Change: Informing Public Policy in the Economic Research Service of USDA (1999) (all available from National Academy of Sciences Press).

In 1984 he was elected a Fellow of the American Statistical Association and in 1992 was elected a Fellow of the American Association for the Advancement of Science. In 1984, he received the Distinguished Policy Contribution Award from the American Agricultural Economics Association for his contributions to U.S. agricultural statistical policy. In 1965, he received the American Farm Economic Association Award for Outstanding Journal Article (for the article “Present and prospective Policy problems of U.S. Agriculture: As Viewed by an Economist,” Journal of Farm Economics) and in 1998 he received (with co-author David B. Schweikhardt) the Outstanding Journal Article Award from the Review of Agricultural Economics (for the article “The Future of U.S. Agricultural Policy: Reflections on the Disappearance of the ‘Farm Problem’”). In 2000, he was invited to deliver the Leonard K. Elmhirst Lecture to open the Twenty-Fourth International Conference of Agricultural Economists, held at Berlin, Germany. His lecture, entitled “The Transformation of Agriculture and the World Economy: Challenges for the Governance of Agriculture and for the Profession,” combined many aspects of his various research interests to examine agricultural policy issues, governance, and analysis with the complexities of addressing each in an increasingly integrated international economy (Bonnen, 2001).

Selected Publications – According to Bonnen’s Research & Policy Areas of Emphasis

James T. Bonnen. 1965.  “Present and Prospective Policy Problems of US Agriculture: As Viewed by an Economist.” Journal of Farm Economics.

James T. Bonnen and David B. Schweikhardt. 1998. “The Future of US Agricultural Policy: Reflections on the Disappearance of the ‘Farm Problem.’” Review of Agricultural Economics.

James. T. Bonnen. 1962. “Some Observations on the Organizational Nature of a Great Technological Payoff.” Journal of Farm Economics.

James T. Bonnen and Steven B. Harsh. 1995 “Establishing a Framework for an Information System” Canadian Journal of Agricultural Economics.

James T. Bonnen. 1989. “The Emerging Agenda of Issues in Rural America and the Role of the Social Sciences.” In Rural Development Issues of the Nineties: Perspectives from the Social Sciences. Proceedings of the 46th Annual Professional Agricultural Workers Conference (December 4-6, 1988). Tuskegee, AL: Tuskegee University.

James T. Bonnen. 1968. “The Distribution of Benefits from Selected U.S. Farm Programs.” In Rural Poverty in the United States. Report by the President’s National Advisory Commission on Rural Poverty.

James T. Bonnen and David B,. Schweikhardt. 1998. “Getting from Economic Analysis to Policy Advice.” Review of Agricultural Economics.

James T. Bonnen. 1969. “The Absence of Knowledge of Distributional Impacts: An Obstacle to Effective Public Program Analysis and Decisions.” In The Analysis and Evaluation of Public Expenditures: The PBB System, Joint Economic Committee of the United States Congress. Washington, D.C. Volume 1.

James T. Bonnen. 2001. “The Transformation of Agriculture and the World Economy:  Challenges for the Governance of Agriculture and for the Profession.” In Tomorrow’s Agriculture: Incentives, Institutions, Infrastructure and Innovations, edited by George Henry Peters and Prabhu L Pingali.  Dartmouth, Aldershot, UK.

James T. Bonnen and William P. Browne. 1989. “Why is Agricultural Policy So Difficult to Reform?” In The Political Economy of U.S. Agriculture: Challenges for the 1990s. Washington, D.C.: Resources for the Future. 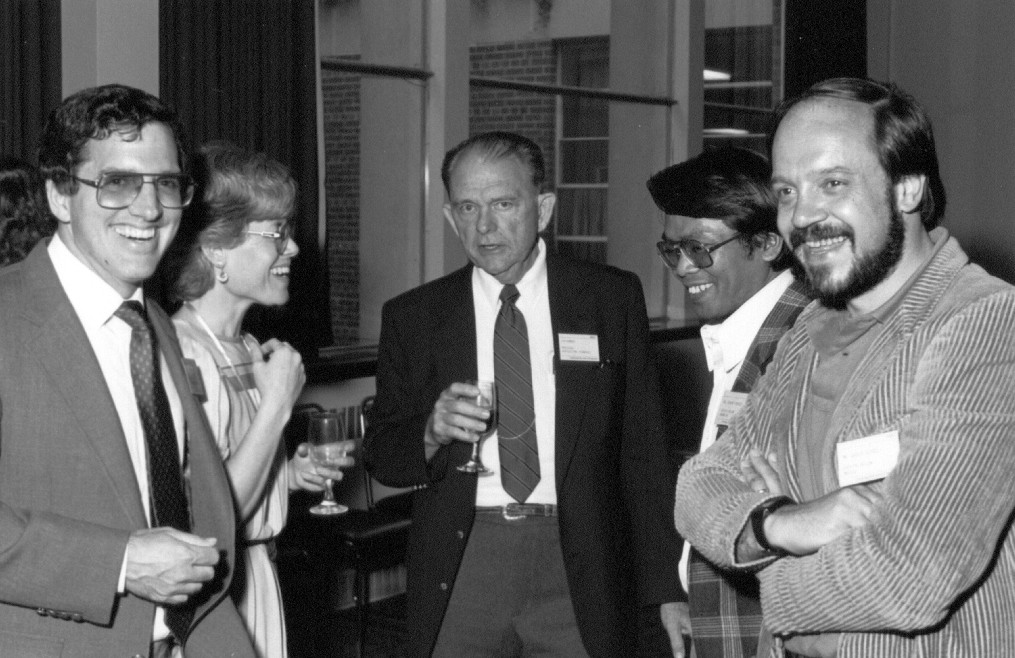 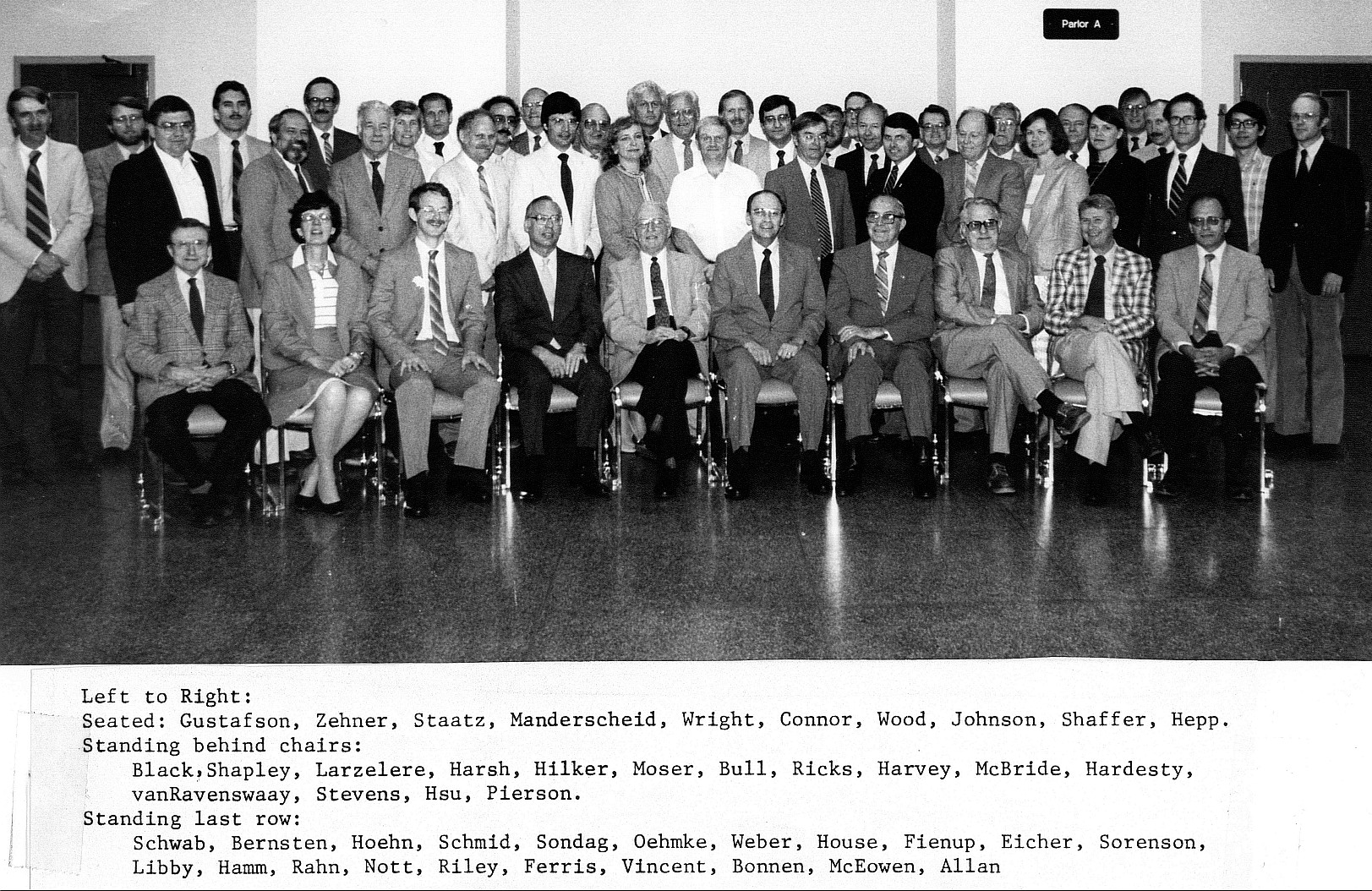 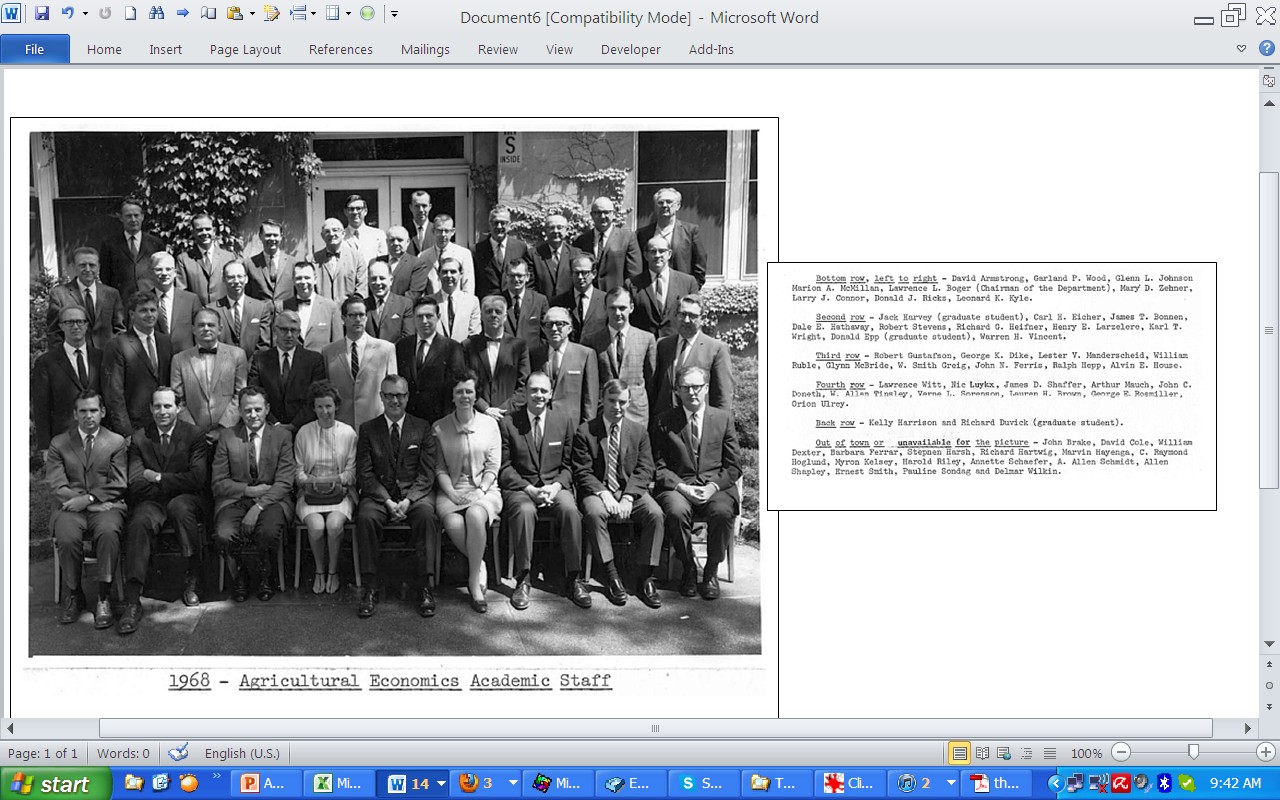