Inland fishing – the powerful yet quieter sister to the large, salty marine aquaculture powerhouse – has gained what experts say is a much-needed visibility boost this as the first partnership between Michigan State University (MSU) and the Food and Agriculture Organization (FAO) of the United Nations goes on in Rome.

These freshwater fish provide the food, sport and economic power across the 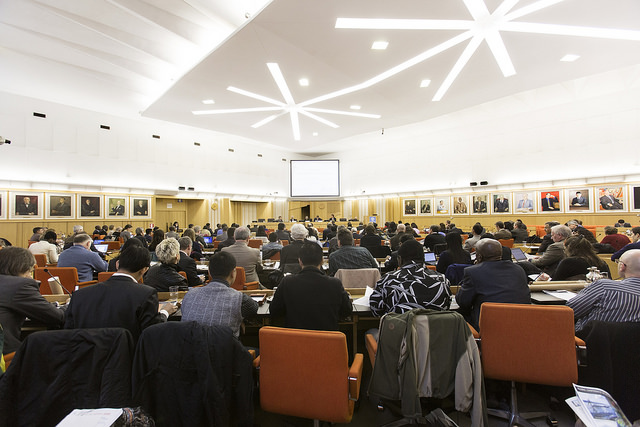 globe. Inland fishing is often a study in the power of the many, more about the line and the net, about individuals, families and small cooperatives. More than 60 million people in low-income nations are estimated to rely on inland fisheries for their livelihood.

Its small-but-many base has in modern times across the globe been shy of strong data to document its impact. That has left the inland fishery industry a poor competitor for water against agriculture, energy, commercial development and industry.

Raising the profile of quiet-but-powerful giant that is inland fishing has joined MSU and the FAO. This week they bring together 212 people from 45 countries to the The Global Conference on Inland Fisheries at the FAO headquarters to discuss ways to make fish a competitive part of global development.

"Fish always been representative of how well humans are doing with their environment," said Bill Taylor, University Distinguished Professor in Global Fisheries Systems in MSU’s Center for Systems Integration and Sustainability (CSIS). "It's time for us to make a move and speak for the fish to have them valued along with power, commercial, agriculture and other competition for water."

It’s an issue that resonates both domestically and internationally. Across the continental United States, more than a quarter of its miles of streams are considered at high risk from urban development, agriculture, livestock grazing, pollution, or dams.

Inland fisheries and the freshwater lakes and streams that sustain them, meanwhile, support many local economies in Michigan and elsewhere through agriculture, tourism, industry, and energy generation. Many communities continue to directly tap the Great Lakes for their municipal water supplies. 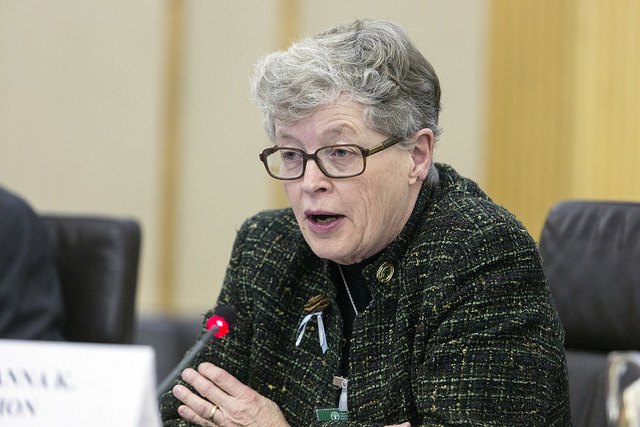 “The world’s poor, hungry, and disenfranchised — often the people most dependent on inland fisheries — are the very people whose voices most need to heard and represented by us to those who will make decisions affecting them,” said MSU President Lou Anna K. Simon, who delivered the conference’s opening address Monday. “Inland fisheries have long been a quiet but important component in food and economic security around the world. Yet the voices of those most dependent on these resources often are at risk of being drowned out by louder, more powerful interests.”

In Rome, 18 MSU professors and students will be attending and giving talks and poster presentations on topics ranging from gathering worldwide fishery data to governance to food security to law enforcement. It’s an interdisciplinary show of force, folding in both biological and environmental sciences along with social studies – a hallmark of MSU and CSIS, which stresses the need for holistic research to pursue sustainable solutions that allow both people and nature to thrive.

At the conference on Monday, Simon and Arni Mathieson, assistant director-general of the FAO Fisheries and Aquaculture Department, signed a memorandum of understanding, formalizing a way for MSU to continue to reach into the corners of the world to help coordinate and collaborate on inland fisheries issues.

One of the largest issues is the dearth of hard numbers on inland fisheries. Taylor, who has established an international reputation in inland fisheries, says that his research group recently reported that globally, just 156 of more than 230 countries and territories reported their inland capture fisheries production to the FAO in 2010. Moreover, even those reporting have inaccurate and grossly underestimated data.

When accurately assessed, the amount of freshwater fish caught could equal the current amount of marine fish caught. And it’s not just the numbers. Taylor said many of the fish caught in fresh waters provide important protein, micronutrients and fatty acids that aren’t easily replaced once that resource is gone.