People, governments and institutions that shape the way people interact may be just as important in determining environmental conditions as the environmental processes themselves. 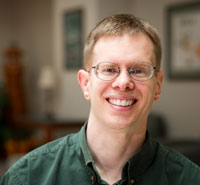 People, governments and institutions that shape the way people interact may be just as important in determining environmental conditions as the environmental processes themselves, according to a new paper in the Proceedings of the National Academy of Sciences.

Tipping points, or qualitative changes in an ecosystem that often result in reduced ecosystem health and are difficult and costly to reverse, increasingly concern environmental scientists. The prevailing assumption among scientists has been that tipping points are fixed values.

Research results showed, however, that tipping points in human-influenced ecosystems are affected by regulatory choices that influence human behavior.

“This gives us reason for optimism,” said Richard Horan, AgBioResearch scientist, professor of environmental and natural resource economics in the MSU Department of Agricultural, Food and Resource Economics and lead author of the paper.  “If we give regulators sufficient flexibility it may be possible and cost-effective to manage ecological systems so that only desirable ecological outcomes arise and tipping points are eliminated.”

Research results indicate that these tipping points are not fixed in human-influenced ecological systems but depend instead on human responses to a changing environment.

“For example,” Horan said, “if natural resource managers’ policy choices are overly restricted, then it might be too difficult or costly to avoid tipping points.”

In particular, the researchers emphasize that their results highlight the importance of giving strong institutional support to regulatory agencies that aim to enhance societal well-being. They also point out many instances where tipping points resulted in catastrophic changes in ecosystems, such as climate change, collapsed freshwater and marine fisheries, and changes wrought by invasive species.

For example, the invasive species sea lamprey changed the Great Lakes from an environment that produces lake trout and whitefish to a collapsed fishery. If not for the $17 million spent annually by the United States and Canada to control it, sea lamprey would continue to devastate Great Lakes fisheries.

Another example is the invasive rusty crayfish, which has transformed many Michigan and Wisconsin lakes from underwater forests inhabited by many smaller animals that supported sport fish to clear-cut forests with diminished sport fish production. This outcome occurred despite the fact that many fish, such as smallmouth bass, readily consume crayfish.

Institutional rules shape the relationships among managers, users and ecological systems. If the system is mapped using only ecological characteristics, then managers may not account for human responses to change, such as changing decisions about whether or how much to fish as fishing quality changes.