The Lansing warehouse bulged with books of every size, for youth of all ages. Vehicles from all over the state steadily pulled up to the overhead doors and filled every space in the vehicle with boxes of "paper gold" better known as books. 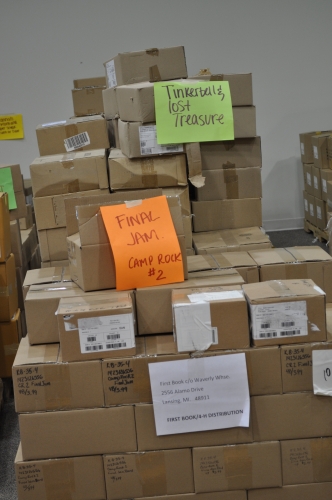 The Lansing warehouse bulged with books of every size, for youth of all ages. Cars, pick-ups, vans and trucks from all over the state steadily pulled up to the overhead doors and filled every unoccupied space (some passengers even held boxes on their laps!) in the vehicle with boxes of "paper gold" better known as books.

This was the scene in Lansing on August 10, 2011, when Michigan 4-H, First Book, the Molina Foundation, and a slew of volunteers began distributing thousands of books to organizations that work with under-served youth. Before the week was over, they had distributed 440,000 books with at least 100,000 of them staying right here in Michigan. Combined with an earlier distribution of 50,000 books for Michigan kids sponsored by the Molina Foundation, that brought the grand total of books handed out to nearly a half-million. 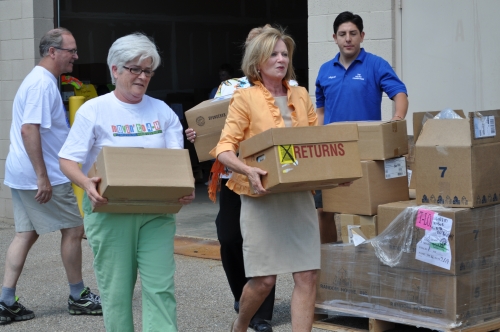 Among the volunteers at the warehouse that day were MSU senior associate provost June Youatt, currentMSU Extension 4-H Youth Development state leader Julie Chapin, and former 4-H state leader Cheri Booth. Booth was instrumental in pulling this partnership together, helping with logistics such as arranging for the donation of the warehouse space in Delhi Township.

Some of the volunteers were lucky enough to be able to deliver books directly to some of the children who would benefit from them, starting at Lansing's Southside Community Center. "Toy Story," "Black Beauty," "Ask a Dinosaur" and "I Can Cook!" were some of the popular titles given away at the center. Then it was on to a "Reading 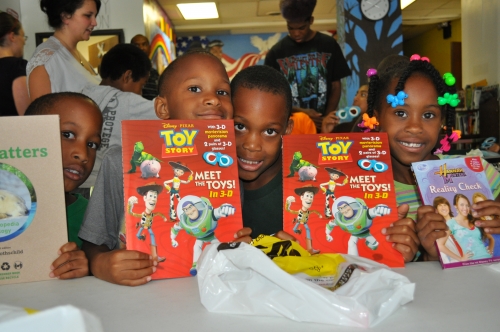 in the Park" early literacy event in St. Johns (Clinton County), where the younger crowd chose books such as "Hannah Montana," "Thomas the Tank Engine" and "Ask a Bug."

Getting books into the hands of children, especially children who may have neverowned a book before, is one way in which Michigan can increase the number of children who are reading at grade level or above. The governor has listed improving reading skills as one of the points on his Michigan dashboard for improvement. All involved felt the event was a great success!