Nutrients important for plant growth vary in their ability to move within the plant. Knowing how they move can be helpful when diagnosing deficiency problems.

Seventeen elements have been identified as vital to plant growth. Three elements, carbon, hydrogen and oxygen, are non-minerals and the other 14 (Table 1) are minerals. Carbon and oxygen enter plants through leaves as carbon dioxide. Oxygen also enters plants with hydrogen through roots as water. The other 14 must be dissolved in soil water and enter the plant as roots take up water. Mineral elements can further be divided into primary or secondary macronutrients and micronutrients. Macronutrients are those needed in relatively large amounts while micronutrients, as their name implies, are needed in small amounts. However, a deficiency in any vital element can seriously inhibit plant development.

Once inside plants, nutrients are transported to where they are needed, typically to growing points. Once incorporated by the plant, some elements can be immobile while others can be remobilized. Immobile elements essentially get locked in place and that is where they stay. Those that can be remobilized can leave their original location and move to areas of greater demand. Knowing which are mobile or immobile is helpful in diagnosing deficiency symptoms. 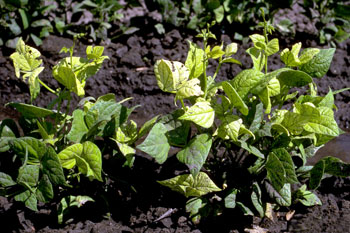 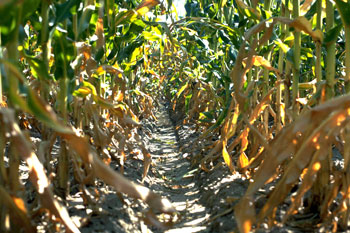 Most nutrient deficiencies need a certain amount of time after growth begins for symptoms to occur. Early growth is often not fast enough or of a great enough volume for symptom expression. Deficiencies are often revealed when the plant is at maximum growth or at other times of high nutrient demand such as fruit development.

According to Michigan State University Extension, nutrient deficiencies can be due to a number of reasons. The most obvious is that the element is not in a high enough level naturally in the soil. Many sand-based soils with high leaching potential are often low in highly soluble nutrients. In some cases, the element is in adequate levels, but unavailable due to pH being too high or too low or the soil temperature being too low for adequate uptake. Other reasons could be too little or too much water or soil compaction. Remember all mineral elements need to come from the soil and if water uptake is interrupted for any reason, so is nutrient uptake.