The objective was to determine if one application of poly-coated urea prior to planting can provide season-long nitrogen to sweet corn while maintaining yield of number, weight and ear characteristics comparable to split urea applications.

The objective was to determine if one application of poly-coated urea prior to planting can provide season-long nitrogen to sweet corn while maintaining yield of number, weight and ear characteristics comparable to split urea applications.

One 150 pound per acre application of poly-coated urea (ESN) gave similar yield and quality as other 150 pound per acre nitrogen applications as either split applications of straight urea or split applications of urea plus ESN. Traits measured included plant height four times prior to harvest, above ground plant weight at harvest, ear weight, length and diameter and total yield in number of ears and weight. At $1.16 per pound of nitrogen for ESN compared to $0.80 per pound of nitrogen for urea, urea was less expensive even when considering labor and equipment costs of the second application. Lower rates of ESN may be possible while maintaining adequate yield and quality and will be investigated in 2016.

Prior to planting, 150 pounds of 0-0-61, 25 pounds of sulfur, and two pounds of actual boron were broadcast and worked into the soil. Nitrogen was supplied at a rate of 150 pounds/acre as standard urea (46-0-0), ESN poly-coated urea (44-0-0) or a combination according to the following treatments:

Applications prior to planting were worked into the soil by disking. Side dressing was done 21 July with a push style lawn fertilizer broadcast spreader and then irrigated in.

Soil type was Selfridge loamy sand with 0 to 3% slopes. Cabo (Syngenta Seed Company) sweet corn was planted 17 June, 2015 in rows 30” apart and 6” in the row (34,848 plants to the acre) using a Monosem vacuum seeder. Plots consisted of six rows, 75-feet long surrounded by 10-foot alley ways between plots. The two best of the interior four rows were chosen as data rows. Plots were set up and analyzed as a completely randomized design with four replications.

After planting, weeds were controlled by applying Dual Magnum 7.6E and Aatrex 4L at a rate of 1.5 pints and 1 quart per acre, respectively.

The planting was irrigated as needed with overhead sprinklers. One application of Asana XL was applied to control European corn borer (Ostrinia nubilalis) and corn ear worm (Helicoverpa zea).

Data on plant height was collected on July 10, 22 and 30 and August 5. At harvest on 1 September above ground plant weight (including the ear), marketable ear number from 50-foot of row and the weight, length and diameter of ears was determined.

Treatment number 5 (50# urea prior to planting followed by 100# urea as a side dress) was considered the control treatment and is the approach many growers would follow if they were using only urea. Treatments 2, 3 and 4 combined regular urea with ESN and were designed with the idea that regular urea provides an initial nitrogen boost and ESN provides a more consistent, season-long nitrogen level. Treatment 1 (ESN only) was to determine if a single application of poly coated product prior to planting could provide the needed nitrogen for the entire season.

The benefit of a onetime nutrient application is labor and equipment savings of the side dress application. ESN for this trial was $1.16/pound of nitrogen while urea was $0.80/pound. A 150#/acre application of ESN cost $174 while urea cost $120, a $54 difference. Labor and equipment costs for a second application are estimated to be between $40 and $50/acre. So urea is slightly less expensive from the standpoint of product and application. For some producers there may be a benefit in a “once and done” approach. It is also possible ESN rates lower than 150#/acre may provide a similar performance as 150#/acre regular urea. 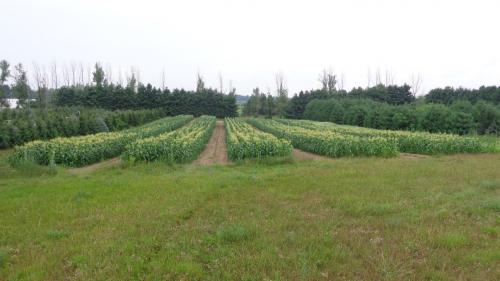 Figure 1. Sweet corn nitrogen trial at the Southwest Michigan Research and Extension Center on 10 August, 2015. Tasseling differences are most likely due to slight soil type differences across the field. Plant population was 34,848 plants per acre.