Assistant professor Trey Malone looks into the value and impact of relationships in agriculture.

The first cup of coffee I can remember drinking was with my grandad at the Farmers Co-op in Laverne, Oklahoma.  Every Wednesday for the past few decades, he’s brought the donuts and gossiped with the other farmers and ranchers.  I’m pretty sure that’s where he gets most of his agricultural production information.  When I moved to Michigan last year, I knew the climate, the soils, and the production would be unlike what I’d known, but I also knew that one characteristic would remain consistent.  Regardless of where they call home, those who labor in the agricultural value chain care about the people with whom they do business.  Just like the value and trust my grandad places in his co-op friends in Oklahoma, I knew I could assume that growers in Michigan also rely on other farmers and friends to make their growing choices.

By overlooking the social relationships embedded throughout the agricultural value chain, businesses and researchers alike risk missing magical moments from the farm to the fork.  We have all experienced it at the fork-level: think about how much tastier an apple is if you pluck it in an orchard with your family as opposed to when you buy one from the local grocery store.  The result of these social relationships can be even more profound at the farm-level.  Research by my colleagues Lindon Robison and Bob Myers suggests that the social relationship between the buyer and seller significantly influences the sale price of agricultural land.  Farmland sellers are often willing to discount prices to friendly neighbors and family members.

Friendly neighbors and family members aren’t the only ones who experience a grower’s good graces.  To explore how these social relationships influence agricultural producers, I recently collaborated with PhD candidate Braeden Van Deynze on an experiment with soybean growers in the region.  In the survey, we asked growers how they would manage a new invasive insect pest in their fields.  We were most interested in who they would hire to spray their field: a co-op, another farmer, or an input dealer?  Or perhaps would they choose to spray themselves?  We then asked a series of questions about how they trusted the options provided in their area.  The results of our experiment unveiled an interesting pattern.  Across all aspects of trust that we measured (expertise, reliability, connection to your operation, focus is on you as opposed to on themselves), neighbor farmers were viewed with the lowest regard and were least likely to be chosen to aid in spraying. Growers were far more likely to choose cooperatives to spray instead of other farmers, even though cooperatives typically sprayed later than the growers anticipated.

That is not to say that the social relationships between growers and other growers do not also weigh heavily on a farmer’s decision-making.  Consider the tillage intensity of soybean farmers.  At first glance, a producer’s tillage decisions should not be determined by the tillage decisions of his friends.  To test this, I collaborated with James DeDecker, newly appointed director for the MSU Upper Peninsula Research and Extension Center (UPREC) on an analysis of the relationships between groups of Michigan soybean growers.  In the study, we asked growers to identify how well they knew other growers within the agricultural community.  With those linkages, we could connect farmers to one another in a social “map” of sorts.  We found that even the no-till growers were tightly linked with the conventional tillage growers in their communities.  In fact, those social relationships were so important that they significantly influenced a grower’s tillage intensity.

What does this look like on the farm?  Over the past year, I have had the privilege of attending meetings across the state and have witnessed firsthand the enthusiasm of leadership teams of grower groups.  While the influence of those leadership teams varies from commodity to commodity, these leaders are all passionately dedicated to assisting in the development of their fellow growers.  A few weeks ago, I attended the annual meeting of the Midwest Chestnut Producers Council.  One might think that farmers in this nascent industry might be less willing to collaborate, but my impression of the group is that they view one another as compatriots rather than competitors.

As an agricultural economist who spends the majority of his time on the MSU campus in the Morrill Hall of Agriculture, I find solace in the interconnectedness of the people in agriculture.  Unfortunately, sometimes that solace is cold comfort when I think about agricultural policymaking in the United States.  At the beginning of 2018, Dr. Brandon McFadden and I sent out two surveys: one to a representative panel of voters and one to a group of agricultural workers. The results were disheartening.  Relative to agricultural workers, the voting public clamored for more government involvement in nutrition, food safety, and food prices, while agricultural workers wanted less government involvement in how and where food was produced.  The gap between the opinions of the voting public and agricultural producers suggests that we as an industry need to do better at developing relationships with those who are not involved. 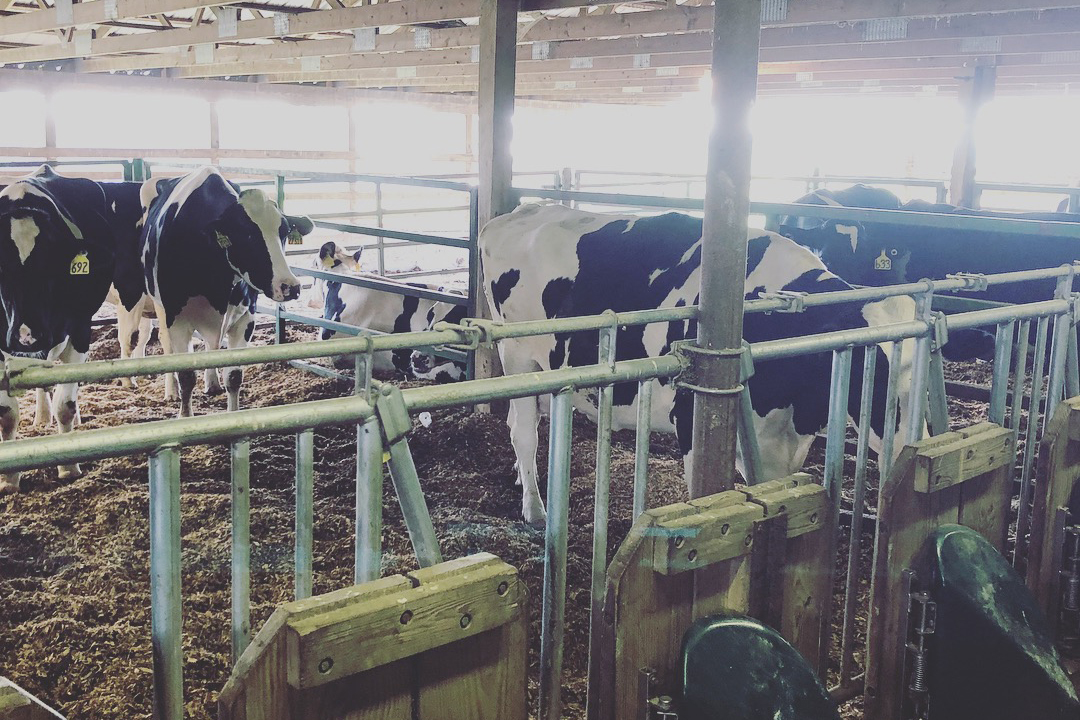 This uncertainty of opinion creates a clear opportunity for “agvocates” to inform their fellow Americans about the trials and tribulations constantly confronted within agriculture.  One of the best mechanisms for engaging with consumers and voters alike is to provide learning opportunities for these folks.  For instance, in collaboration with generous sponsors such as Farm Bureau, MSU Extension hosted their annual Breakfast on the Farm event on September 15th.  At this event, thousands of people had the opportunity to explore the MSU Beef Center, where they actually experienced facilities from the ultrasound to the squeeze-chute.  MSU experts were on hand throughout the self-guided tour to answer questions.  As I wandered through the crowd, I eavesdropped on one animal scientist engaged in a discussion with a grandmother and granddaughter.  The grandmother was under the impression that the cows standing behind the animal scientist lived their entire lives in a feedlot (they don’t), and that feedlots are a horrifying place for beef cows (they aren’t).  By the end of the conversation, she was nodding in agreement with the animal scientist as he explained that ranchers have a genuine interest in the welfare of their livestock.  Indeed, just as social relationships sustain the working relationships in agriculture, so too might social relationships sustain good consumers and voters.

Dr. Malone will be presenting these findings and others at the National Conference for Food and Agribusiness in West Lafayette, IN, on November 6-7, 2018. You can follow him on Twitter at @TreyMalone3.