A summary of the biodiversity in the Omo-Turkana Basin, from the Ambio situation analysis.

The Gibe III dam and associated plantation development will influence the volume and patterns of water entering Lake Turkana from the Omo River, which gives the lake 90% of its water. Ultimately, these changes will impact the survival of Lake Turkana’s fishes and the productivity and composition of the lake’s fishery. Lake Turkana is home to over sixty fish species, ten of which are native to the lake. Nile tilapia and Nile perch are the lake’s most highly valued fishery species and, unlike in some other African lakes, are native to this system. 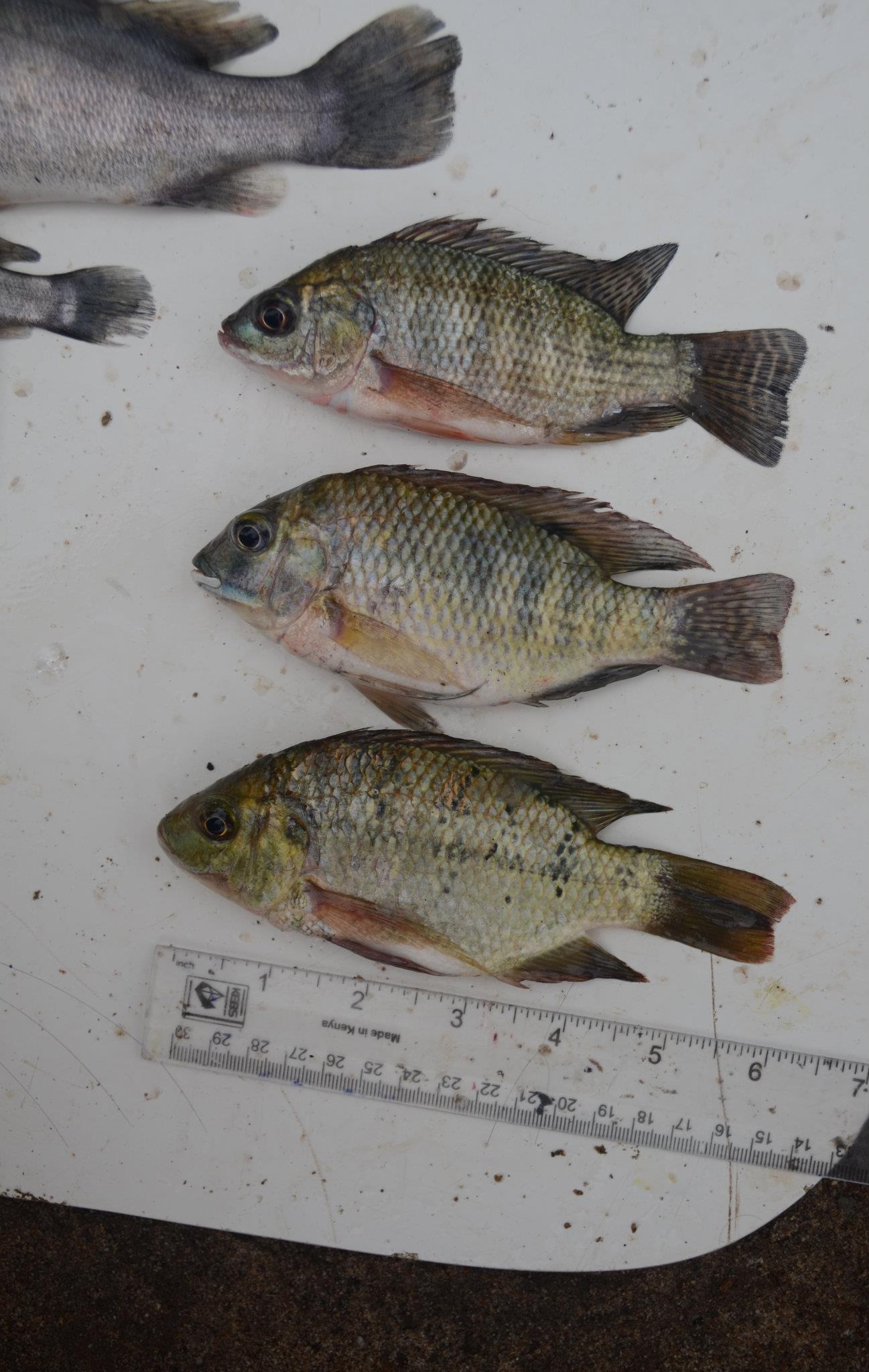 Reduced inflow from the Omo River will have three main impacts on Lake Turkana and its fishes. First, because the Omo River is the lake’s major source of fresh water, the lake’s salinity (a measure of the water’s salt content) will increase as water inflow decreases. With the exception of tilapia, a group of fish known to acclimate well to changing environments, the salinity tolerance of the lake’s fish is unknown. Second, reduced inflow from the Omo River may also lead to a reduction in the lake’s nutrient levels and, ultimately, to changes in food availability. Species with high dietary flexibility may be able to cope with this change, but some of the lake’s commercially important species have specialized diets that will limit their resilience. Last, changes in water inflow will alter the availability of breeding habitat, especially for species that breed in shallow habitats inundated by seasonal floods, and will alter the signals that fishes use to time their breeding. In systems with high seasonality, fish may rely on cues like changes in day length to begin breeding. However, because Lake Turkana lies close to the equator, the breeding cycle of many of the lake’s fishes is driven by annual patterns in water inflow and associated physiochemical changes in the lake.

Impacts of water inflow changes have implications for the lake’s fisheries. The composition of the lake’s fisheries catch has changed over the past several decades, thought to be a response to changes in water inflow and lake level. Furthermore, studies have shown that when lake levels are higher and the seasonal flood pulse is larger, fisheries catch increases. For example, one of the first areas in the lake to be impacted by declining water levels will be Ferguson’s Gulf, the lake’s most productive fisheries habitat and an important breeding area for several of the lake’s fishes. As a result of declining lake levels, the shoreline of Ferguson’s Gulf has already begun receding and further declines in lake levels will eventually result in a complete drying of Ferguson’s Gulf. Hydrological changes throughout the lake could result in a reduction of more than two-thirds in fisheries catch, with implications for the people who depend on fishing as a livelihood.

Plantation development is also anticipated to reduce biodiversity in the Lower Omo. The transition to year-round monocropping on artificially irrigated land inevitably involves a reduction in biodiversity and the destruction of vegetation along the river in the service of agricultural development has already deprived many species of their habitat, including honeybees, ungulates, and other wildlife and plants.

For further information on fish biodiversity in Lake Turkana, please see the work of Dr. Natasha Gownaris and her colleagues. “Predicting Species’ Vulnerability in a Massively Perturbed System: The Fishes of Lake Turkana, Kenya” and “Fisheries and Water Level Fluctuations in the World's Largest Desert Lake”, which focus on changes in habitat, fish ecology, and fisheries. For more information on how water level fluctuations influence African lakes more broadly, see “Water Level Fluctuations and the Ecosystem Functioning of Lakes”. Natasha Gownaris focused her dissertation research on Lake Turkana and is currently a postdoctoral researcher at the University of Washington. Her research interests include the conservation and ecology of aquatic systems, with a focus on food web ecology.