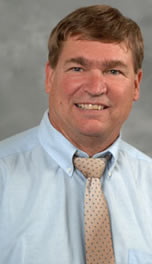 Matthew Grieshop, an assistant professor in the MSU Department of Entomology, received nearly $46,000 from the USDA for a proposal on the development and delivery of organic pest management for BMSB. Both projects seek to determine control measures 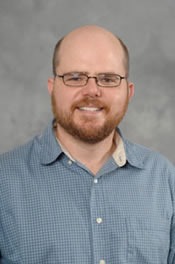 for BMSB with minimal environmental impact.

The presence of BMSB, native to eastern Asia, was confirmed in Michigan in early 2011. BMSB is a shield-shaped insect with distinctive bands of white on its antennae. The bug is named in part for its ability to secrete a pungent odor from holes on its abdomen. The smell, often described as a strong cilantro scent, helps protect the bug from being eaten by birds and lizards.

Michigan's fruit industry is valued at $309 million annually and includes about 111,000 acres. Experts project that BMSB could cause up to $92 million a year in damage to Michigan’s fruit industry if management programs are not established.

Gut will survey at-risk crops, including apples, peaches, cherries, grapes and blueberries, to determine the presence of BMSB within the state. He will also identify effective control treatments for Michigan tree fruit. A website featuring real-time information will also be created for growers to consult.

BMSB has caused significant damage to crops in other states, including New Jersey, West Virginia, Virginia, Maryland and Pennsylvania.