Two AgBioResearch scientists, Richard Merritt and James Pestka, have been named university distinguished professors in recognition of their achievements in the classroom, laboratory and community. 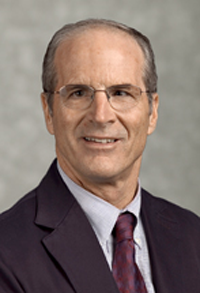 Two AgBioResearch scientists, Richard Merritt and James Pestka, have been named university distinguished professors in recognition of their achievements in the classroom, laboratory and community. The designations, recommended by Michigan State University (MSU) President Lou Anna K. Simon, were approved by the MSU Board of Trustees at its June meeting.

The recognition is among the highest honors that the university can bestow on a faculty member. Those selected for the title have been recognized nationally and internationally for the importance of their teaching, research and outreach achievements. Merritt and Pestka were among 10 faculty members receiving this honor.

Merritt is a professor in and past chairperson of the Department of Entomology in the College of Agriculture and Natural Resources. His research focuses on feeding ecology, animal/microbial interactions, population dynamics and the influence of environmental factors on aquatic insects, as well as the field of forensic entomology. 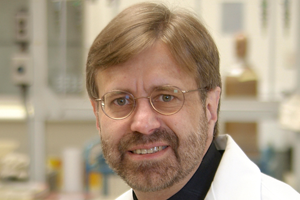 Pestka is a professor in the Department of Food Science and Human Nutrition in the College of Agriculture and Natural Resources. His research interests lie in the area of food toxicology and immunotoxicology, specifically the immunological effects of environmental chemicals and dietary constituents.

“This honor simply reflects the extraordinary collaborative spirit of on-campu colleagues and the unique supportive environment for toxicology research provided by MSU AgBioResearch, the Center for Integrative Toxicology and MSU as a whole,”said Pestka, who also received the MSU CANR Distinguished Faculty Award in 1996 and the MSU Distinguished Faculty Award in 1999.

Individuals holding the professorship will receive, in addition to their salaries, a stipend of $5,000 per year for five years to support professional activities.