Alumna of both AFRE MS and PhD programs, Nicole Olynk Widmar is opening up dialogues and understanding between producers and consumers, in new and innovative ways.

Not long after Department of Agricultural, Food, and Resource alumna Nicole Olynk Widmar presented her research about producers and supermarket consumers not seeing eye-to-eye at a conference last year, third-generation logger Bruce Vincent was telling of his journey from successful logger to public enemy number one, as a result of public distrust in his industry.

With a common theme and a goal to spark conversation between natural resource industries and public consumers, Widmar, Vincent, and journalist Jessica Eise embarked on the journey of making “Against The Odds” a reality. In March, 2017, they published a book that told the story of a hard working family losing their livelihood as a result of widespread misunderstanding.

“Our hope is that the book is able to generate conversation and a willingness to understand the viewpoint of others,” says Widmar. “Even if you will indeed never agree with that viewpoint.”

“Against The Odds: A Path Forward for Rural America,” comes as an overview of the motivation for much of Widmar’s work. With an undergraduate background in animal science (and a not for revenue farm-like menagerie of critters consisting of two horses, two elderly miniature donkeys, four dogs, two chickens, and a cat at home), Widmar’s research works across disciplines — mainly with animal sciences and veterinary medicine — to inform decisions by incorporating both biological aspects of the decision and influences from off-the-farm, such as changing consumer perceptions of agriculture and natural resource use.

Now in a three-way appointment focused on extension, research, and teaching in the Department of Agricultural Economics at Purdue University, Widmar teaches the introductory-level farm management course in the spring, and focuses  on research and extension during the fall and summer.

“I really enjoy the fact that I have the opportunity to work with stakeholders to identify relevant and timely questions, to address those questions in my research, and to then bring back and deliver new knowledge to those stakeholders through extension and in the classroom.”

Past, Present, and Future

Widmar has had ample success at her appointment at Purdue, but she notes that the education and the attention she received at MSU is, in large part, what got her to this point.

“My training at MSU could not have been a better fit for what I wanted to do (and what I do now),” says Widmar. She pointed out that her work with Dr. Christopher Wolf throughout both her Master’s and PhD was what pushed her to really find her niche within ag econ, and AFRE in general gave her an appreciation for the profession and the contributions it can make to real-world problems 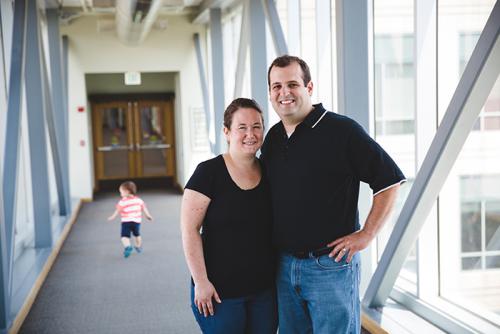 Being engaged in the industry with her appointment at Purdue, her myriad of animals at home, and a husband who is also an agricultural economist, Widmar has had a chance to get to know more about her field, and herself, since her time at MSU. In her earlier years, she simply wanted to impact people’s lives through her research. But after more of her work, including the “Against The Odds” project, that goal has transformed into a more outward facing objective.

“I now want to use my skills as an agricultural economist to generate and disseminate knowledge that helps people succeed,” says Widmar. “In their own definition of success.”

Of course,  Widmar has found plenty of her own success in her career already, having won the Purdue University Cooperative Extension Specialist Association (PUCESA) Early Career Award, and the Purdue University Faculty Engagement Scholarship Award, both in 2014. Among her numerous publications and papers she now has a narrative book on her CV, and hopes to continue connecting sectors and creating dialogues of understanding.

“I love what I do – I cannot imagine doing anything else.”

Learn more about alumna Nicole Olynk Widmar and her work in the Purdue Agricultural Economics department.