MSU entomologists presented research, reconnected with alumni, met prospective students and faculty, competed in competitions and were honored at the 2018 Entomological Society of America annual meeting.

The Entomological Society of America (ESA) held its annual meeting Nov. 5–8, 2017, in Denver, Colorado. The meeting is an opportunity to present research along with teaching and extension innovations, reconnect with alumni, meet prospective students and faculty, compete in competitions and honor outstanding entomologists. Here are some highlights from the 2017 meeting.

Smitley honored by ESA for achievement in horticultural entomology

Dave Smitley was honored at the awards breakfast with the Society’s Distinguished Achievement Award in Horticultural Entomology. The award citation noted in particular Smitley’s work to introducing Entomophaga maimaiga, a natural fungal pathogen of gypsy moth into Michigan; his success introducing a pathogen of Japanese beetle, Ovavesicula popilliae, into Michigan; a collaboration with Arborjet Inc. developing the most widely used treatment to protect trees from emerald ash borer; and recent work with nursery and greenhouse growers to develop practices for producing high-quality plants that are safe for pollinators. 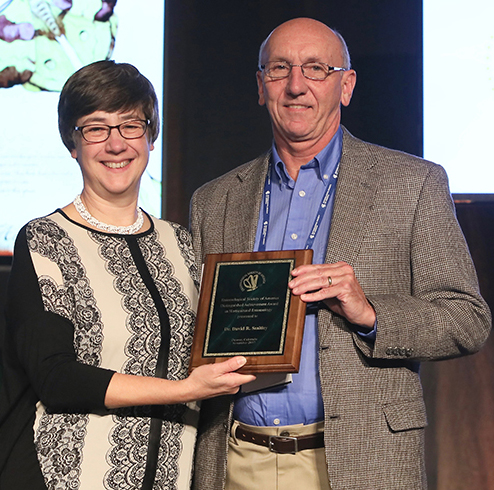 Landis honored by IOBC during the regional section meeting

Doug Landis was awarded the Distinguished Scientist Award from the International Organization for Biological Control, Nearctic Regional Section (IOBC-NRS). One individual is recognized annually for the award. Nominees must have spent most of their career in the Nearctic, which encompasses the United States and Canada, and have made significant contributions to the area of biological control.

Alumni will remember the pressure and excitement of competing at the ESA meeting. This year’s student winners are: 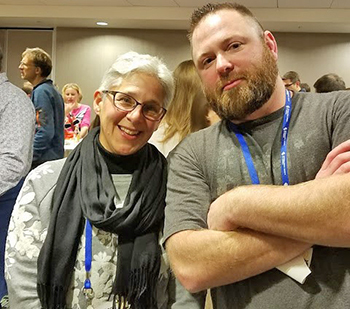 Mixing at the MSU-OSU mixer.

Check out the Entomology B.S. program!