AFRE's Thomas Reardon gave the prestigious Hans Ruthenberg Memorial Lecture at the University of Hohenheim in October, 2018, marking a long and accomplished career in development and agribusiness.

“I was standing in the lecture hall in the Palace at the University of Hohenheim in Germany, about to give a talk on the ideas I’d been developing for the majority of my career. Reflecting on the developing countries’ agrifood economy when I first came to this lecture hall 25 years ago, I was struck by just how much had changed — for me and for the developing world.” 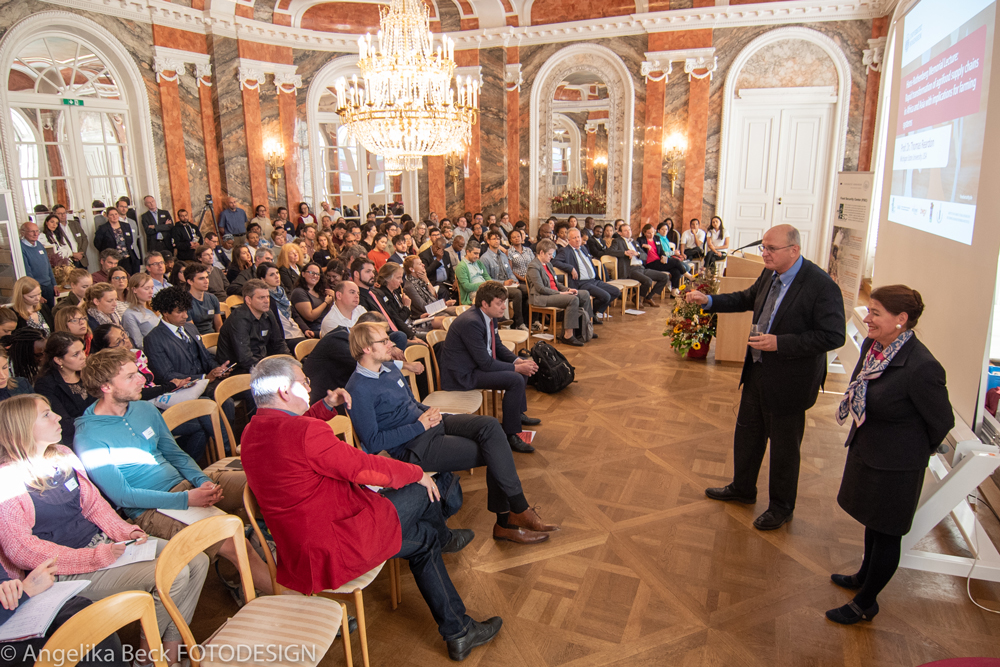 On October 16, 2018, Department of Agricultural, Food, and Resource Economics (AFRE) professor Thomas Reardon gave the prestigious Hans Ruthenberg Memorial Lecture at the World Food Day Colloquium, at the University of Hohenheim. His was the third in this biennial lecture series, preceded by Hans Binswanger and Jock Anderson, two and four years before. His talk, titled “Rapid transformation of agrifood supply chains in Africa and Asia with implications for farming systems,” marked a career milestone, as it was the event’s namesake, Hans Ruthenberg, called the “father of farming systems research,” who was an initial inspiration for Reardon to study the transforming food systems in developing countries.

After getting his PhD at UC Berkeley and spending time as a Rockefeller Postdoctoral Fellow in Burkina Faso, and then a research fellow at the International Food Policy Research Institute, Reardon landed at Michigan State University in 1992, where he relished the academic freedom and the community of scholars to explore the ideas he thought most compelling.

“I was a young researcher when I first visited the Hohenheim Palace lecture hall in 1993. I thought back to that time and compared it with the present day in developing countries and was struck by the enormous changes in food systems in Africa and Asia over those 25 years,” said Reardon. “Changes like rapid urbanization, the spread of rural nonfarm employment, the rapid rise of supermarkets, the basic change in diets beyond staples and towards processed foods, the strides in intensification, diversification, and commercialization of farming, and the rise of food purchases in rural areas.” 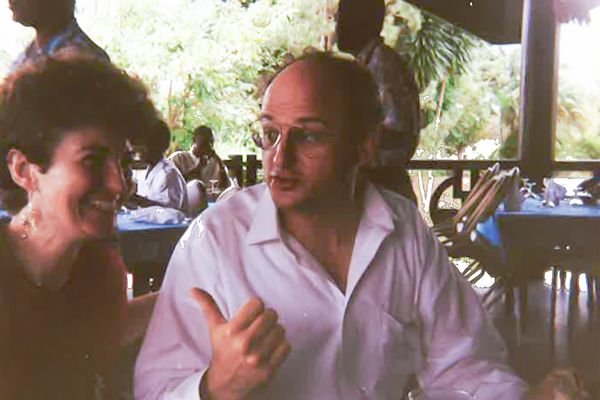 Thomas Reardon on a research trip in Abidjan, in 1993

Over those 25 years, Reardon’s work has had two related waves — in the 1990s, the transformation of the rural labor market with the rise of rural nonfarm employment; in the 2000s, the transformation of agrifood systems including the rise of supermarkets, large processing firms, modern wholesale and logistics, and agricultural support services. In both waves, he has studied the effects of transformation on farmer incomes, technology, productivity, and rural employment. Focusing on Africa, Asia, and Latin America, Reardon has gained international recognition for his revolutionizing ideas and research.

“It has been striking to observe during both waves of my research that, at first, the findings were given short shrift — and then in each case after a decade of persistence, they were accepted and ‘mainstreamed’ among agricultural economists and development institutions,” said Reardon.

His work earned him numerous recognitions, including 2014 Fellow of the Agricultural and Applied Economics Association, 2009 personal invitee of the World Economic Forum in Davos (the first agricultural economist then invited), a 2005 feature on the front page of the New York Times, and nearly 28,000 citations in Google Scholar, in the top five agricultural economists in the world.

A point particularly dear to Reardon is his collaboration with graduate students, researchers in the study regions, and colleagues at MSU (such as Eric Crawford, David Tschirley, Saweda Liverpool-Tasie, Ben Belton, and Titus Awokuse) and at other institutions such as with Chris Barrett of Cornell and David Zilberman of UC Berkeley. “My work wouldn’t be where it is without the collaboration with my peers,” said Reardon. “And MSU has been a phenomenal place to explore with and learn and simply enjoy a ‘practical intellectual’s’ quests.”

After these decades of field work, top-cited publications, and countless talks, Reardon was invited to give the third Hans Ruthenberg Memorial Lecture in October of 2018.

“It was an extremely meaningful and emotional moment for me,” said Reardon. “It was a recognition of my having made a difference in global thinking about international development in the past 25 years, and at the same time revisiting in a different role one of the intellectual birthplaces of my ideas and career." 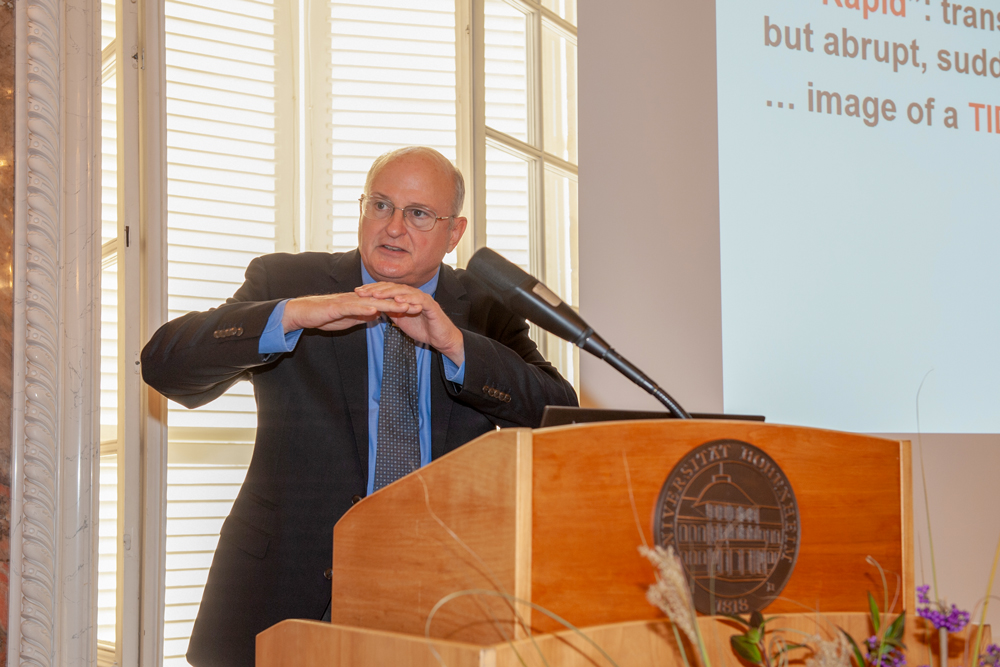 “The world isn’t what it was like 25 years ago and it will continue to change for the next 25,” said Reardon. “Our job as agricultural economists is to identify those next big changes and help prepare governments and donors, civil society and private sector to address the challenges and grasp the opportunities of the transformations afoot and to come.”

Learn more about Tom Reardon and his work, and watch his lecture at Hohenheim.