Professor Scott Swinton talks precision technologies and how farmers throughout the region are adopting them.

Professor Scott Swinton talks precision technologies and how farmers throughout the region are adopting them.

Farmers in the Eastern Corn Belt are raising their use of precision technologies and custom hiring to new levels.  These are two key, preliminary findings from a 2017 survey of corn-soybean farmers launched by professors Scott Swinton (AFRE) and Sandy Marquart-Pyatt (Sociology).

The Crop Management and Stewardship Practices survey went to a stratified sample of corn-soybean farmers in agricultural counties in Illinois, Indiana, Michigan, and Ohio.  The survey achieved a 31% raw response rate, with 22% usable records.  The youngest farmer responding was 20 years old; the oldest was 98. 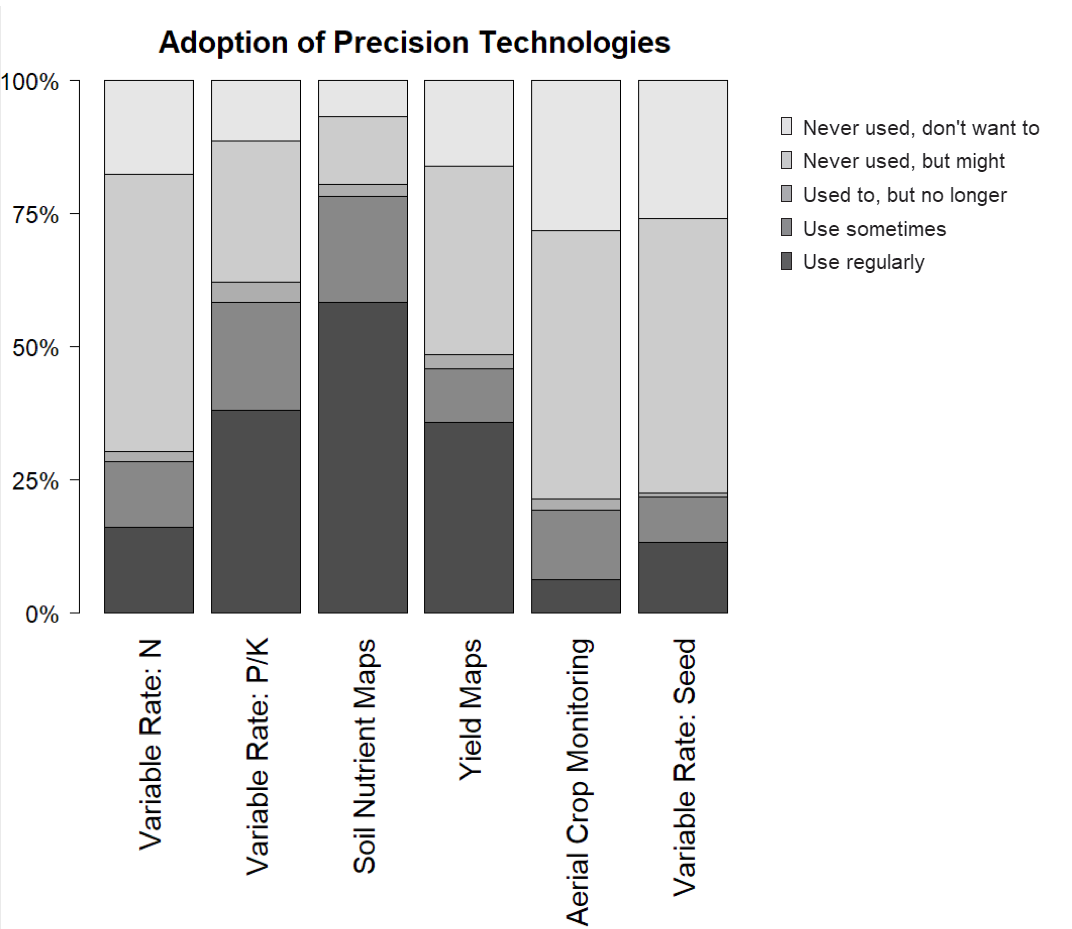 Soil fertility management is farmers’ favorite precision agriculture technology. Three quarters of farmers who responded to the survey used soil nutrient maps on at least part of their land in 2016 (see chart). 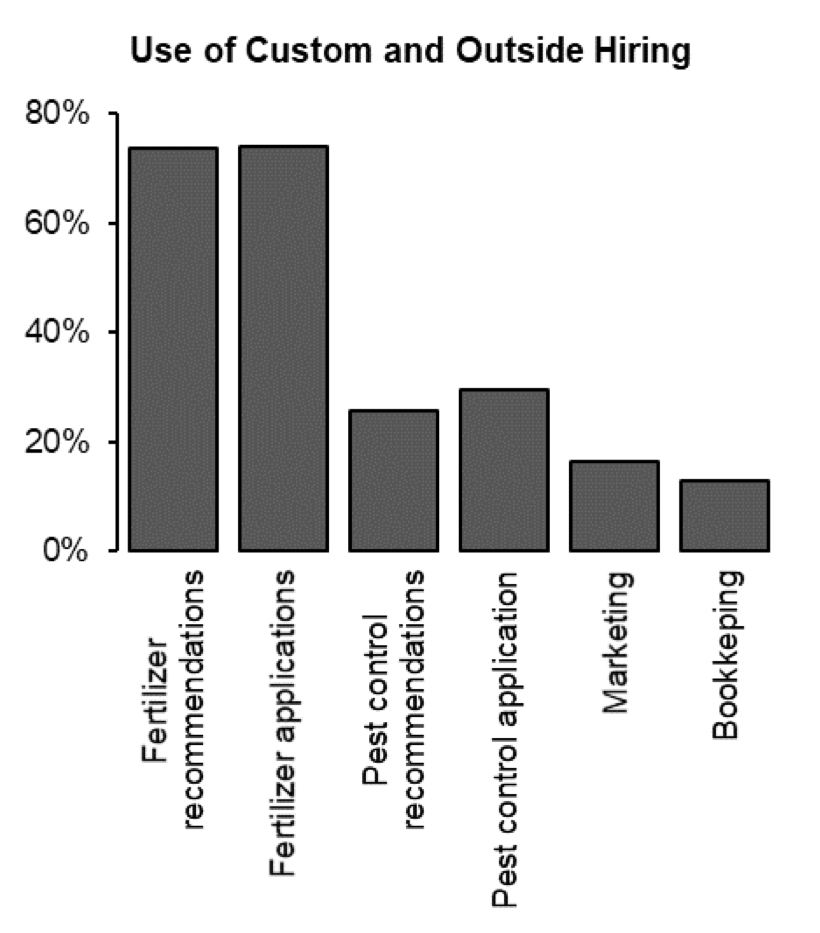 Outsourcing pest management is much less common than nutrient management. Only about a quarter of growers responded that they custom hire either pest control recommendations or applications.  Likewise, business tasks are mainly completed on-farm. Less than a fifth of farms hire specialists for commodity marketing and even less for accounting and bookkeeping.

This research was conducted through the KBS-LTER long-term ecological research project on row crop ecosystems, funded by the National Science Foundation (DEB 1027253).  In order to understand how farmers adapt and change over time, the researchers intend to return to the same farmers with follow-on surveys.  The 2017 results have stimulated research by four graduate students, including AFRE Ph.D student Braeden Van Deynze, who plans to investigate the rising trend in custom hiring.