We all use water — we all need water. And April Athnos, third-year PhD student in the Department of Agricultural, Food, and Resource Economics (AFRE), is determined to study critical water-based issues and policies here in Michigan, and around the country.

“It doesn’t take much searching to see how profoundly society values water —especially when something goes terribly wrong,” said Athnos.

When she was young, Athnos’ hometown of Milwaukee experienced the 1993 Cryptosporidium crisis, the largest documented waterborne disease outbreak in American history. 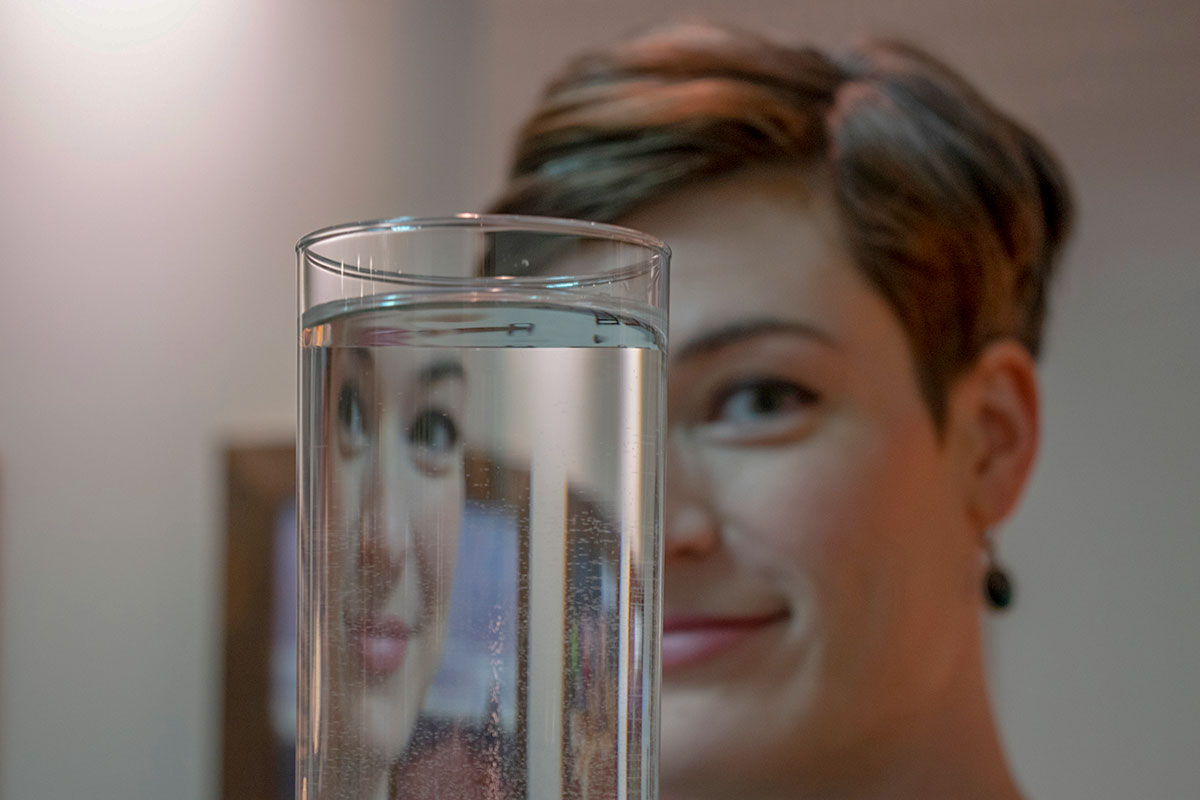 “I didn’t get sick, but my pregnant aunt, and an estimated 403,000 others did,” said Athnos. “And the older I got, the more I saw other water concerns plaguing communities. When I was in Colorado for graduate school, their big water concern was simply having enough. And when I was applying for a PhD program, the Flint Water Crisis led the national news.”

“Because of all these events, I knew I wanted to study the impacts of water quality on communities, which is why I chose AFRE — they let me hit the ground running.”

Since beginning the program in 2016, Athnos has built a strong skill set of economics theories and methodologies gained in the classroom, and has also held a research assistantship, allowing her to dive into these water-related issues.

“People don’t give much thought to what happens when they flush a toilet, wash dishes, or run the laundry machine, but all that water is going somewhere,” said Athnos. “And depending on where you are, the answer can be very different.”

According to Athnos, East Lansing uses a public sewer system that accepts and treats our wastewater, but just a short drive away, household water is funneled into a septic system, which is what her research is focused on. Michigan is the only state in the country that doesn’t have a uniform, statewide septic system regulation for how often systems must be inspected and maintained — and if left unchecked, major problems can arise. To try to curtail these hazards, some counties have tried to introduce policies to regulate septic systems, while others have not.

“I am interested in the effects of these policies, and the wide range of reasoning behind each policy, or lack thereof,” said Athnos.

So far, Athnos has focused on understanding the evolution of the how septic systems have been treated and regulated throughout the state of Michigan, but especially in Ingham County. By establishing a relationship with the Ingham County Environmental Health Division, Athnos has access to not only septic system data for houses across Michigan, but also their market value.

“I’m very curious how septic system policy affects how people act, especially in the housing market,” said Athnos. “For example, do septic system inspection policies impact the prices of houses with septic systems in general? One might expect that prices would shift up after such a policy was rolled out because new buyers know that homes with septic systems can only be sold if they are in good working order.”

It’s questions like these that are guiding Athnos’ work, with hopes of eventually answering bigger questions that can apply state, or even nationwide.

“Down the road I hope to extend my line of analysis regarding the effects of inspections on housing market outcomes and pivot to investigate environmental quality outcomes,” said Athnos. “Eventually, the goal is to look at how these changes in septic system policies affect general water quality for the area.”

Expected to graduate in 2021, Athnos hopes to continue her work in a way that’s interesting and meaningful both to her and the general public.

“Ultimately, I want to be a person who can go home and explain what she’s working on to anyone who asks without their eyes glazing over,” said Athnos. “Part of why I study water is because it matters to everyone — I hope that I make discoveries that are impactful and lead to better water policy in our world.”

Learn more about April Athnos and the AFRE PhD program.