How do we represent the environment?

In LA, there has always been a debate about representing a design: Should we use more hand graphics and physical models, or should we embrace new technologies and create digital renderings, 3D models, and even put them to use in virtual reality?

In landscape architecture, there has always been a debate about representing a design: should we use more hand graphics and physical models, or should we embrace new technologies and create digital renderings, 3D models, and even put them to use in virtual reality? This question has always interested me, but after returning from our study abroad program in the third year of our undergraduate degree, I decided to investigate the topic of representation in my master’s studies.

For my master’s thesis, I studied how a city can be represented differently in photographs: one group of photographs was taken and shared by 14 landscape architecture students who took part in the study abroad program in Paris, while a second group of photographs was collected by one person on the streets of Paris in areas different than the first group. By comparing the two groups of photographs, I confirmed the assumption that people selectively represent cities. But how does that relate to our profession?

Roger Trancik argued in Finding Lost Space: Theories of Urban Design that automobiles, highways, garages, and parking lots have contributed to a type of design that has made places less suitable for pedestrians who want to walk in the city. 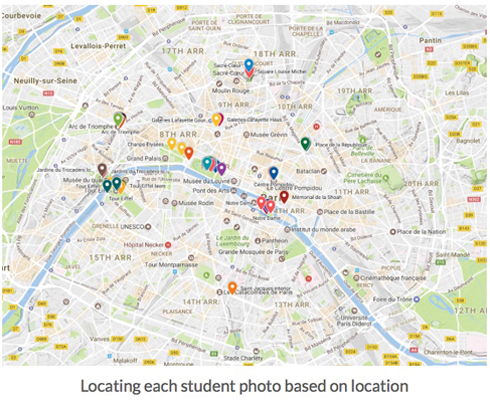 Similarly, I argue that the ubiquitous use of photographs may contribute to a visual “lost space” in the design of our urban environment, making it unsuitable for “real-world” users and instead only pleasing to people who look at photographs. If the profession is highly focused on the visual, it will be difficult to design for our other senses.

Relating to the design practices discussed in the beginning, I think hand drawing is still essential in this technological world as a way to study and represent reality. This is because it is people that we are designing for, not just our eyes.

I am very grateful to be here at MSU, and the Master’s program in Environmental Design has helped me to study this issue at a deeper level.

The MSU Landscape Architecture Alumni & Advisory board has many committees, as most organizations do, but this year they have put a real focus on two areas: Student engagement and fundraising.